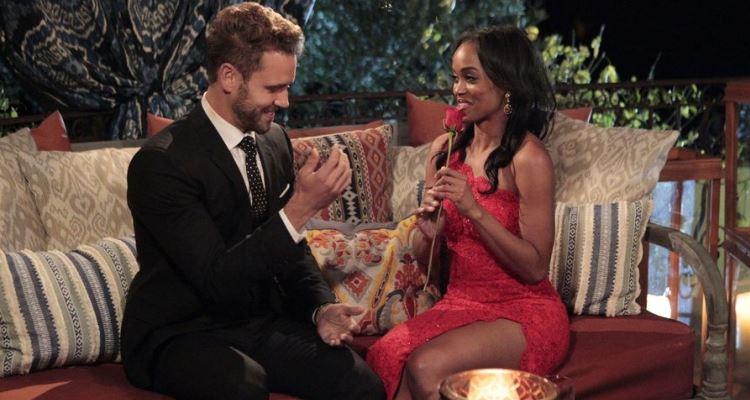 If you’re a fan of The Bachelor, then this post is for you. For all of the information on Rachel from The Bachelor, from her age to her career, just take a few minutes and read the column below. You won’t be disappointed.

The Bachelor: the television show in which 30 women will engage in a battle of wits and seduction hoping to nab a man who has been on a number of reality shows but hasn’t found love yet. Will one of these lucky ladies manage a way into Nick Viall’s heart? Well, yes. The Bachelor would be kind of weird if the star of The Bachelor just threw up his hands at the end of it and went “Nope, I’m done” and did not pick anyone with his final rose. But which of the lovely young ladies is going to manage to snag the bachelor from The Bachelor? Rachel Lindsay seems to stand a good shot as she is the first African-American woman to get the first impression rose. But who is Rachel from The Bachelor? Where is Rachel from The Bachelor from? What are Rachel Lindsay’s parents like? We’ve combed through the Internet to provide you with this Rachel Lindsay wiki. A collection of facts and tidbits of information to paint a complete picture of this young lady as she tries to win over the man of who hasn’t met the right lady during two seasons of The Bachelorette and one season of Bachelor in Paradise.

Where Is She From?

Rachel on The Bachelor is a born and bred Texas girl. She was raised in Oak Cliff, a borough of Dallas that has had many notable residents over the years. Oak Cliff has been the home to music legends like T-Bone Walker, Stevie Ray, Jimmie Vaughn, and the original Batgirl, Yvonne Craig. Oak Cliff also holds the dubious distinction of having the movie theater where Lee Harvey Oswald was arrested after shooting President Kennedy.

Rachel now resides in the bustling metropolis of Dallas, Texas.

Rachel Lindsay’s job is that of a lawyer. She graduated from Marquette University Law School and currently practices in Dallas with the firm of Cooper and Scully. But don’t worry, if that whole lawyer thing doesn’t work out, she also has a Bachelor’s degree in Kinesiology and sports management. She is very well educated and according to her bio on ABC’s web site, she passed the bar the first time. Needless to say, Rachel on The Bachelor is one smart cookie.

Rachel Lindsay’s family information is a little bit on the sparse side. We do know that Rachel Lindsay’s siblings include a younger sister who lives in Atlanta. Her mother is in her 60s, and according to Rachel, looks great. If Rachel Lindsay’s Instagram account is accurate, she enjoys going out with friends and to concerts.

She has two tattoos, one on her wrist (a Bible verse) and one by her rib cage. She revealed to ABC that she isn’t particularly fond of flying things, like birds or grasshoppers. Do to her recent introduction to celebrity, Rachel Lindsay’s net worth is unknown but given that she’s a lawyer, she probably does very well for herself. She is 31, making her one of the contestants closest in age to Nick (he’s 36). Without revealing too many details, we also know that Rachel makes it for a least a few more episodes of The Bachelor.

It’s pretty easy to find Rachel Lindsay on social media as she has an active LinkedIn page (showcasing her professional career). For Rachel Lindsay pics, you can browse her public Instagram and Facebook pages.