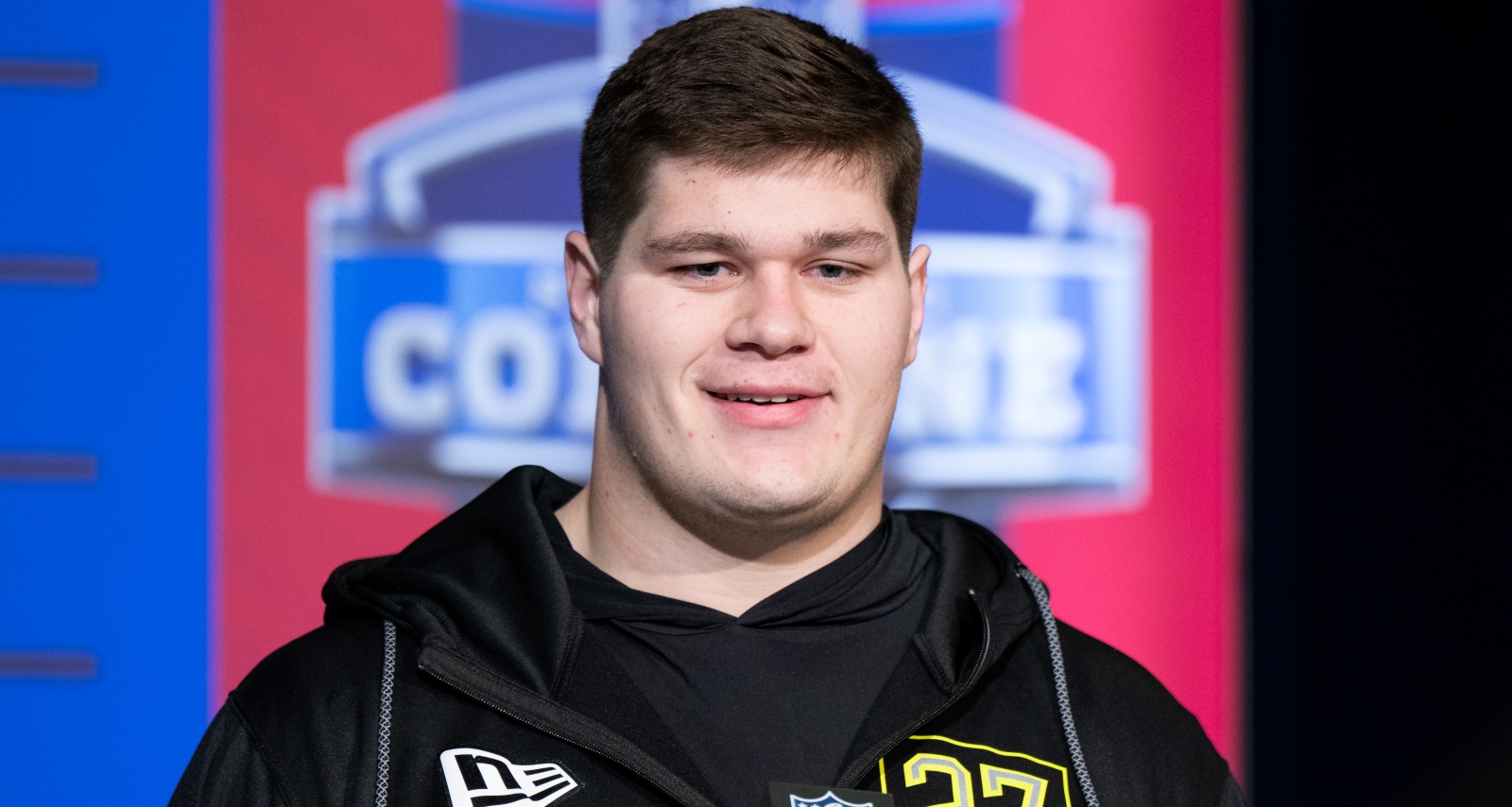 Iowa offensive lineman Tyler Linderbaum answers questions from the media during the NFL Scouting Combine on March 3, 2022, at the Indiana Convention Center in Indianapolis, IN. (Photo by Zach Bolinger/Icon Sportswire via Getty Images)

Tyler Linderbaum of the University of Iowa Hawkeyes was selected by the Baltimore Ravens in the 2022 NFL Draft. This also brings a new WAG to the franchise. Rachel Tandy already caught the attention of the Internet on the first day of the draft. Now Ravens fans want to know more about who Tyler Linderbaum’s girlfriend is. We reveal more about the stunning girlfriend of the new NFL pro in this Rachel Tandy wiki.

Rachel Tandy was born on February 13, 2000, and hails from Iowa. She is one of two children born to Melissa and Scott Tandy.

The Tandy family is based in Vinton. Rachel and her sister Lauren Tandy’s father, Scott, is a counselor in the local school there.

Scott apparently went through a major health issue in 2018 and doctors weren’t sure he’d make it. He underwent four surgeries and spent over two months in a hospital before bouncing back. His wife, daughters, and loved ones are extremely happy about Scott’s recovery.

Rachel Tandy attended Vinton-Shellsburg High School from 2014 to 2018. Besides her academics, she was also part of the National Honor Society and other extracurriculars, including the golf and dance teams.

She’s currently a student of the University of Iowa, and is expected to graduate this year. While pursuing her pre-pharmacy studies, she also participates in the campus dance marathon.

Tandy also waitressed at a country club, was an office assistant at a local chiropractic service, and umpired softball games at her high school. Throughout high school and college, she also worked as a babysitter.

As of 2020, Tandy is a student clerk at the University of Iowa Hospitals and Clinics.

Rachel Tandy and Tyler Linderbaum have been dating at least since 2019. The same year, the Solon native moved from defensive lineman to center.

Both are private about their relationship on social media, save for the few occasional posts. Rachel is, however, a game-day regular.

She was also cheering on Linderbaum at the 2022 NFL Draft. Now that Linderbaum has been selected by the Baltimore Ravens, it remains to be seen what next step will this young couple take.