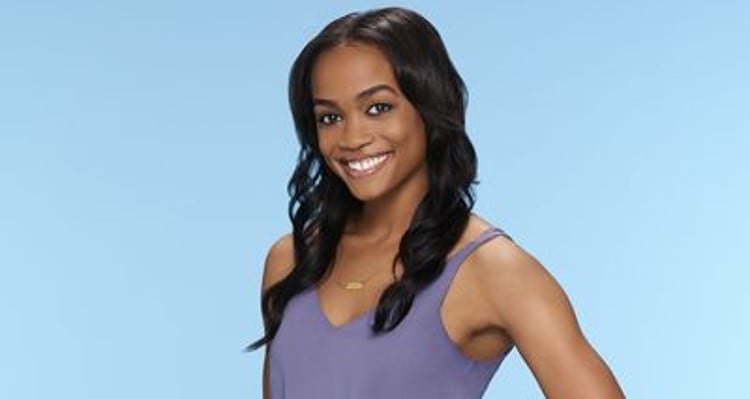 With multiple degrees and a flourishing career in law, 31-year old Rachel Lindsay is one of the most educated contestants on The Bachelor season 21. She loves ’90s country music, Justin Bieber and it’s nearly impossible not to fall in love with her adorable smile! It will be really tough for Nick Viall to resist her charm.

One of the smartest of the 22 contestants on The Bachelor is without doubt Rachel Lindsay from Dallas, Texas. Not only is Rachel from The Bachelor a lawyer, she has several degrees under her belt! She is a beautiful, young woman with tons of knowledge, so Nick Viall had better watch out for Lindsay as she might prove to be more than a handful! What does Rachel Lindsay do for a living? We will tell you about Rachel Lindsay’s job right here.

A Love for Law

Lindsay has a BA in Kinesiology and Sports Management from The University of Texas. She graduated in 2007, and then completed a Juris Doctor (JD) in Law from the Marquette University Law School in 2011. Rachel Lindsay entered the Texas State Bar in 2011 and the Wisconsin State Bar in 2011. She was then admitted to the U.S. District Court for the Northern District of Texas in 2012. She is certainly prepared to state her case for Nick Viall on this season on The Bachelor!

Lindsay played intramural basketball and was on the African-American culture committee when she was in college. She even had a scholarship during her days at Marquette. Rachel Lindsay says that graduating from law school and passing her bar exam in her first attempt are her greatest achievements to date. She also believes that focusing too much on her career is her biggest regret and she wishes that she had spent more time doing other things.

People are a bit puzzled with Rachel Lindsay’s participation on The Bachelor and wonder why such an educated and successful professional wants to be on this show. After all, since passing her law exams she has worked in various positions in fields related to sports, entertainment, and media relations. She has worked as an intern in the public defender’s office in Milwaukee and as a legal intern with the Milwaukee Bucks.

Here goes nothing. Or all the things… depending on how you look at it. I'll be viewing tonight with my girls and a verrrrry large glass of wine. Or two. Or five. || @bachelorabc going down now. 🙈😬🌹#bachelor #bachelorabc #heregoes

An Ear for Music

Lindsay is 31 years old and has a good head on her pretty shoulders. She says that if she could be someone for a day she would be Michelle Obama, as she is one of Rachel Lindsay’s idols. Despite her hectic work schedule, Lindsay loves to listen to 1990s country music and Justin Bieber. That’s right! Lindsay is a “Belieber!”

A Threat to the Other Contestants?

With her stellar combination of beauty and brains, Lindsay is all set to sweep Viall off his feet! She has loads of confidence and spunk, ensuring that she will be a big threat to all the other contestants of The Bachelor season 21.