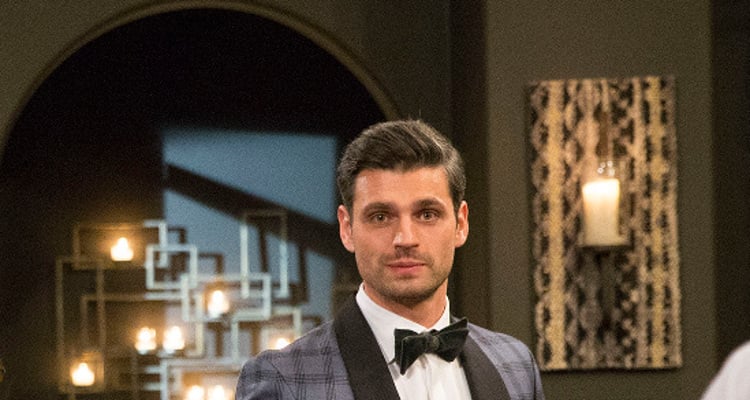 Rachel Lindsay has announced that she is engaged, right before The Bachelorette 2017 premiere. Way to up the drama! Who’s the lucky guy Rachel Lindsay ends up with? The spoilers are in, so proceed with caution!

As if the stakes on The Bachelorette weren’t high enough already, Rachel Lindsay took the drama up a notch by announcing she is officially engaged. That makes for an interesting turn of events right before the season premiere of The Bachelorette 2017! Who is Rachel Lindsay engaged to? Bachelor Nation is going to scrutinize every single contestant during the premiere tonight hoping to make the right guess. For those who can’t resist, we’ve got the scoop on Rachel Lindsay’s fiancé right here!

The Bachelorette Season 13 filming has ended and (usually) details of the extremely revealing nature are kept under wraps. But Rachel apparently was as excited as the show’s producers were when they prematurely announced that she would be the first African-American Bachelorette. She sat down for an interview and spilled the beans about her happily ever after when she declared, “I am very much so in love and very much so engaged!”

And that’s not all! She couldn’t stop gushing about her fiancé! “I also felt like the person that I couldn’t picture a day without him being in my life, then that would be the one for me,” she explained. Who is the lucky guy? We are dying to know!

Rachel may not be spilling the beans about the name of her new beau yet, but Bachelor Nation doesn’t need to go through the entire season trying to guess who the lucky guy is. The 32-year-old attorney from Dallas also confessed that it’s hard keeping the secret. “It’s hard when you’re so excited about something and you can’t share it with everyone,” she said. “But we make sure to communicate with each other all the time, and that’s all you can really do.”

Still, we’re extremely curious to know who Rachel Lindsay ends up with! Thanks to Reality Steve, the one stop source for all things Bachelor related, we finally know. The final four —Dean Unglert, Peter Kraus, Eric Bigger, and Bryan Abasolo– were revealed when pictures of their hometown dates made it online. For those who are new to the Bachelor Nation, The Bachelorette eventaully visits the final four contestants’ hometowns, meets their families, and takes a look at what life would be like if she were to get engaged to them at this stage.

Among the final four, Reality Steve has revealed that Rachel has accepted a proposal from Peter Kraus. Keep an eye on Peter tonight!

According to Reality Steve, Peter Kraus beats 30 other men in the race for Rachel Lindsay’s heart. You can find more information about him in Peter Kraus’ wiki. Here’s a little more insight into Rachel’s fiancé, courtesy of his contestant bio on the ABC website.

The 6’3” hunk is a business owner from Wisconsin, the same home state as Nick Viall. He says he has a fear of heights and deep water but, “Deep water is less of a problem. I want to cage dive with great whites. Standing on a cliff though… NOPE!”

The personal trainer has done some modeling and traveled to many places with his work. He graduated from Madison Area Technical College in 2010 with a degree in Associates of Science in Dietetics. The 31-year-old said on his website that he first became a fitness buff when he overcame an eating disorder.

He was also close to getting married once before. “My ex of two years. I was looking at rings after just three months.” Obviously, it didn’t work out, but things looked up as he is rumored to have won the grand prize on The Bachelorette. While we watch the season unfold, it is said that Rachel and Peter will be using the time to get to know each other off-camera. “I want us to get the chance to get to know each other,” says Rachel. We will get the opportunity to learn all about Peter, as well as the other guys in the Bachelor mansion, when The Bachelorette premieres tonight.