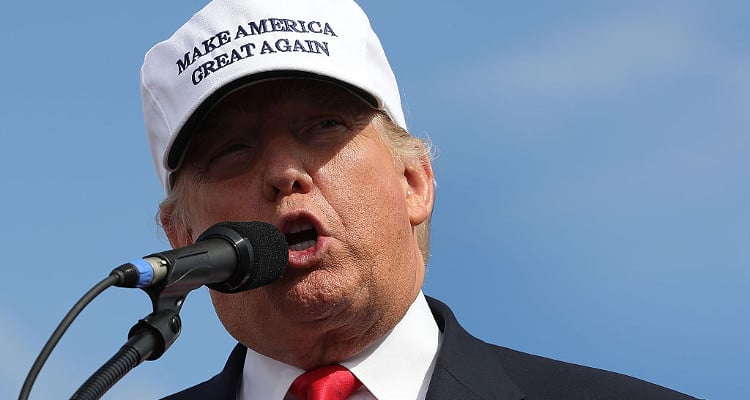 Donald Trump was caught on tape boasting about kissing and grabbing women against their will. Some women (including Rachel Crooks) have alleged that what Trump said is true and that Trump has misbehaved with many women. Rachel Crooks has given a detailed account of her alleged molestation.

It’s shocking and cruel. By now, you must know that we are referring to the things that Donald Trump was caught saying in an audio video that surfaced from 2005. The tape (in which the Donald describes his actions towards women and brags about his celebrity status that allows him to do so) threatens to torpedo Trump’s campaign for the post of the president of the United States. Now, there are actual women coming forward, who are claiming that Trump doesn’t just say disgusting things about groping and forcibly kissing women, but that he has actually done it! They have been at the receiving end of Trump’s unwanted attentions and have suffered huge indignity at his hands. One of these women is Rachel Crooks from Ohio, who has alleged that Trump behaved inappropriately with her back in 2005, when she was just a 22-year-old girl. Check out Rachel Crooks wiki page on the net. The Rachel Crooks-Donald Trump incident has come to light now, after almost 11 years.

After the tape was released, Trump vehemently denied having misbehaved with women. On the tape, he freely bragged about kissing women against their wishes and grabbing their genitals. He was clearly enjoying himself as he detailed all these sickening acts. Now, he says that it was just “locker room talk.” Trump says he never did those things in real life and what he said were just words. However, Crooks has a different story to tell. She says this incident happened in 2005, when she was 22 years old, working as a receptionist at the Bayrock Group. The Bayrock Group is a real estate investment and development company with offices in the Trump Tower in Manhattan, New York.

Kissed Against her Will

Crooks and Trump were waiting for the elevator in the Trump Tower one morning in 2005. Since Crooks knew that her company did business with Trump, she turned around and introduced herself to him. They shook hands, but after that Trump did not let go. According to Crooks, that’s when Trump started kissing her cheeks. Then, Trump kissed Crooks directly on her mouth! Crooks says it didn’t feel like an accident but that he did it deliberately. She thought it was very inappropriate and she was very upset that Trump thought that she was so unimportant that he could do that to her. Crooks was shaken and she immediately went to her desk and called her sister, Brianne Webb to tell her what happened.

Crooks’ sister recalls that Crooks was very upset and insisted that Trump kissed her on the mouth knowingly. Trump himself is denying that such an incident ever took place. He claims the incident never happened and that he would sue any publication that published such allegations. It’s not just Crooks who is making such allegations. Another woman named Jessica Leeds has also accused Trump of groping and assaulting her almost 30 years ago. Both Jessica Leeds and Rachel Crooks are vehement that this kind of behavior is routine stuff for Trump, and that he is lying when he says he has never misbehaved with any women.

Crooks is a Clinton Supporter

Crooks is currently a coordinator of the international student services at a university in Ohio. She has worked at several universities in Ohio in various positions. She is a supporter of Hillary Clinton and has donated money for Barack Obama’s and Clinton’s campaign earlier. Crooks has a Twitter account where she has posted some tweets, but we do not have access to them because Rachel Crooks’ Twitter account is privatized. Trump’s camp has alleged that Crooks is just an ardent supporter of Clinton, who is using the media and social media to attack him. He claims there is no truth in her story.

The Sexual Assaults Must Stop

Right now, both parties are accusing each other of dirty deeds and the matter has not come to court, so one cannot take sides. However, if these allegations are true then Trump’s behavior is disgusting and appalling, and it’s likely he’ll lose more than the women’s vote. How can a man with such a hallowed post aspire to be the president of the United States, especially if he is a serial sexual assaulter of helpless women? As America closes in on election day, this is the question that voters must ask themselves before they decide which way to cast their vote. The clock is ticking!