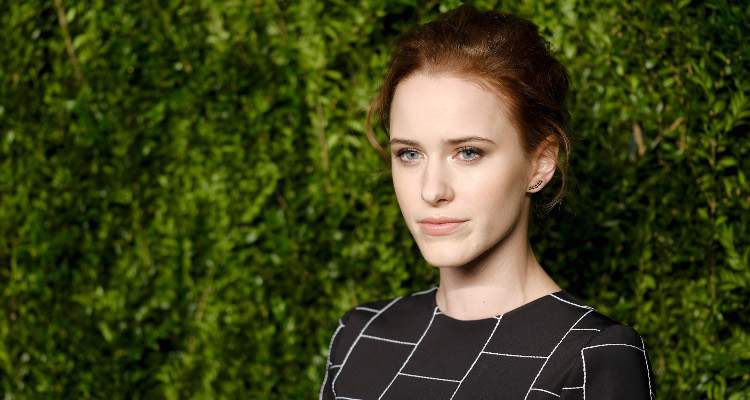 Rachel Brosnahan thinks she finally peaked as an actress thanks to The Marvelous Mrs. Maisel, but we saw her talent a long ago. She first caught attention with her performance on House of Cards.

It’s time to binge on perhaps the greatest show to come out of Amazon Studios, The Marvelous Mrs. Maisel. The titular star is nothing short of marvelous herself. Rachel Brosnahan went from having next to no lines, to being one of the best acting talents in the current lot. If you’re still living under that rock, it’s time to crawl out because she’s brighter than sunshine! Check out our Rachel Brosnahan wiki and you’ll agree.

Brosnahan was born in Milwaukee, Wisconsin and raised in Illinois’ Highland Park since she was four. Her father is of Irish descent while her mother has English roots. Her family has connections in Hollywood, with her aunt being designer Kate Spade who is married to David Spade’s brother.

Her acting talents were realized when she was a child. Her mother used to play books on tape as she fell asleep, which gave her an actor’s imagination. “I would listen to these amazing narrators [telling] these stories using all different voices, and I used to imagine what the worlds would look like,” she said in an interview. “I think there was something about that imagining that made me want to act. I found I could so easily imagine those worlds.”

Her parents noticed her talent when she participated in school plays. Though supportive, they didn’t exactly encourage her career choice. So she saved up babysitting money to attend Broadway Bootcamp and learn acting. At 16, she found herself a manager and acting gigs.

She was in high school when she was cast in her first movie role, a minor character in the Michael Bay-directed horror, The Unborn. She attended New York University Tisch School of the Arts. While there, she had steady acting jobs in various episodes of The Good Wife, Gossip Girl, and Coming Up Roses, among others.

“I can finally say I’m a professional actress,” she said after owning multiple breakthrough characters since her small role appearances, “This is my job now.”

I’m a very lucky lady who gets to wear amazing clothes on and off screen. As I lie in bed in sweatpants with my dogs, I want to give a shoutout & big thanks to @sarahslutsky (and all tagged) for making me feel marvelous (not sorry) on our mini #MrsMaisel tour. -Part 1-

#2. She Played Her Cards Right

Brosnahan was cast to play a young high school dropout-turned-call-girl, Rachel Posner in House of Cards. The character was originally meant to last only two episodes and speak a total of five lines. Brosnahan ended up filming 19 episodes over two seasons of the Netflix hit.

Met my nephew @sandwichthefrenchbulldog today and had all the feelings.

“She had done such a fine job those first two episodes that I started exploring what it would mean to bring her character back and fully three dimensionalize her,” Willimon said about Brosnahan, “Rachel was so fantastic when we brought her back that I just wanted to write for her more and more.” For her role on the show, she was nominated for an Emmy and a Screen Actors Guild Award.

She has an innate ability to not only draw in audiences, but also engage her co-stars. Michael Kelly, with whom she mainly shared screen time, summed up her talent in a quote, “They say that some people have it, and she just has it. She just has that thing, that magnetism on screen. She has the ability to be so natural in front of the camera and so understated and yet so intriguing that you just want to watch her.”

I’ll be chit chatting with @latenightseth tonight about all things #MrsMaisel, my past life as a high school wrestler & mumbling my way into an acting career.

The 26-year-old flew to L.A. for an informal screen-test of a show produced by Amazon Studios. The role was for a 1950s housewife who, after being jilted by her comedian husband, realizes her talent for stand-up comedy. She wanted the role really badly. That’s why, even though she was deathly ill, she staggered her way to meet Gilmore Girls creator, Amy Sherman-Palladino.

“I thought I’d gotten the plague or something. I was dying of some mysterious illness. Literally, I’ve never been so sick in my life. Could not get out of bed. There was no way I could get on a plane and make it on the date that they had asked me to come out; and I was panicking because I wanted it so badly. I felt like I was a long shot for it, since I’d never done comedy,” recalled Brosnahan.

She gave an account of her disgusting and embarrassing condition throughout the audition. But if Midge Maisel can get through such a situation, so can Brosnahan. “She doesn’t know any way but forward. She doesn’t know how to do anything not 125 percent. I think something that drew me to Midge, which I often don’t see in characters — in female characters especially — is that she’s insatiably curious. She’s somebody who doesn’t like to not know things, and I can relate to that.”

In real life, Brosnahan does not have the confidence to go on stage and get some laughter. She has experience in Broadway and was named one of the rising stars in theater, but there’s nothing that could make her pursue stand-up comedy. To research her role, she dug deep into the iconic Joan Rivers.

“I’m performing in arguably the most controlled environment and real stand-up feels so chaotic to me in a way that I’m sure it’s addicting for people who are good at it and enjoy that kind of thing, but, ooof, it’s so brave, I could not, no.”

Even before its release, The Marvelous Mrs. Maisel has already garnered a flood of acclaim from critics, including praises for Brosnahan’s portrayal of Midge Maisel. Her star is rising but Brosnahan won’t stop chasing unique roles, “I would like to try to never do the same thing twice, and fail huge sometimes. I’ll probably have an ulcer by the end of the year—but I’ll be happy about it.” Somehow, we don’t see her failing.

The Marvelous Mrs. Maisel will be available to stream on Amazon from Wednesday, November 29. Get pumped with the rib-tickling trailer below.

Anddddddd we have a trailer! So excited to share this first look at #MrsMaisel with you. Mark those e-cals, kids. Nov. 29! ? pic.twitter.com/K3mUnbmIWG