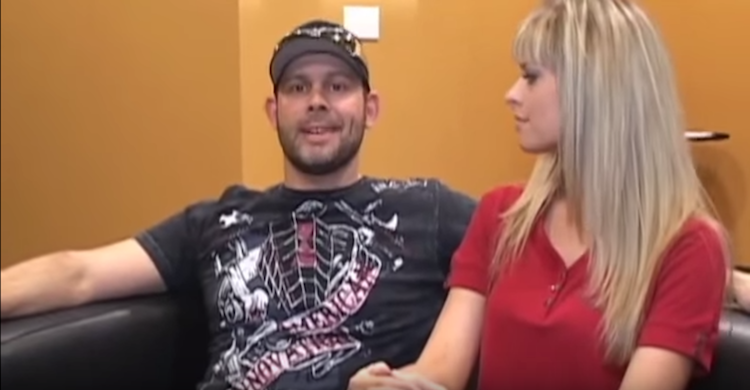 Where are they now? It’s a common question when popular shows end and that’s exactly what fans of American Chopper want to know about Paul Teutul Jr.’s wife. To learn more about her and what her husband has been doing lately, take a look at our Rachael Biester wiki.

Since before the show ended, fans have been looking up Rachael Biester’s height, Rachael Biester’s age and of course, Rachael Biester’s net worth. Even though she’s a model, many have found it hard to dig up information on her and that’s because she lives her life privately when the cameras are off. But don’t worry, because we have managed to piece together a few things about her and her husband.

If you’re looking for Rachael Biester’s hot pics, then her Instagram page would be the best place to look —if she had one! Hard to believe, right? Especially with Rachael Biester’s modelling career. We couldn’t believe it ourselves! Her husband doesn’t have one either, though he does use Facebook. One family member who has Instagram is Paul Teutul Sr., Biester’s father-in-law. And yes, he only fills his page with nothing but bikes and more bikes! What did you expect?

Biester’s wedding to Paulie took place on August 20, 2010 at Bonnet Island Estate in New Jersey. It was an intimate wedding attended by 135 of their closest family and friends. Paul Senior was invited, but didn’t attend. Biester found her wedding gown on the hit TV show, Say Yes to the Dress. The wedding was complete with a six-tier pink velvet cake and orchids for the floral arrangements. Both the bride’s dress and groom’s tux were from Kleinfeld’s and following the ceremony, butterflies were released under an arched trellis while the strings played “Here Comes the Sun.” Paulie also gave his beautiful bride a brand new Mercedes-Benz! In February 2015, the couple welcomed their first child, a son, named Hudson Seven Teutul.

Her Husband has His Own Shop

Paulie was just 27 years old when he began working on the reality show, American Chopper, (which aired form 2003-2012) with his father and they’ve had their ups and downs, including a lawsuit where his own father sued him! Making custom bikes is what Paulie does best and he’s also been making guest appearances at events. Paul Jr. Designs is up and running and even though his father fired him, Paulie is following his dreams and has made a life for himself and his family. Families aren’t usually known for getting along, especially when business gets involved and they’re in each other’s faces all day. The feud hasn’t gotten in the way of Paulie living his life with Biester, and many fans have probably thought of how sad it must be that Paul Sr. will never get to really know his grandson. Paulie Teutul Jr.’s relationship with his father has been an uneasy one and chances are Rachael Biester is staying out of it, but is clearly on her husband’s side for the sake of her family.