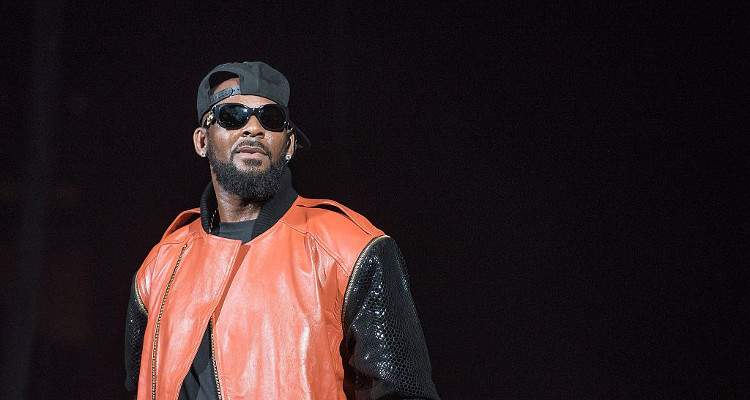 Kitti Jones, one of R. Kelly’s ex-girlfriends, has come forward detailing the hopeless situation that she was in during the two years that she lived with R. Kelly. From coercion to abuse and punishment, she has allegedly been through all. Read more here.

So, it looks like another skeleton is tumbling out of the closet. Kitti Jones and R. Kelly met each other in 2011 and then went on to live together after they had spent a month chatting and calling each other over the phone. According to Jones, that’s when she encountered the real trouble, first hand. Read our Kitti Jones wiki for more updates on her story of R. Kelly’s alleged power and abuse.

According to Jones, trouble in paradise began when she confronted Kelly over a videotape that had surfaced in his 2008 case, where he was allegedly involved in child pornography. According to the Jones, the singer not only verbally berated her but also physically assaulted her, multiple times when she had asked about the charges. She said, “I was putting my hand over my face and telling him I was sorry. He would start kicking me, telling me I was a stupid bitch [and] don’t ever get in his business.”

It All Started with a Number

Though she’s now known as R. Kelly’s accuser, Jones was once a fan of the R&B sensation. So, you could imagine her surprise when Kelly noticed her working at one of his show’s afterparties and took an interest in her. He handed her a piece of paper with his phone number on it and asked her to text her number to it. When she did so, she was ‘ordered’ to call him “Daddy” and never use his real name.

Little did she know that she would embark on a two-year relationship with the man who would change her life forever. Over the next couple of years, Jones claims she was subject to sexual cruelty and coercion, apart from being punished from time-to-time if the demands were not met. A host of cruel laws were imposed on her, including Kelly taking away her phone privileges, as well. She was often made to perform sexual acts which she did not like but had to due to the fear of being punished.

This is not the first time R. Kelly has been named in a sexual misconduct episode. He had been earlier accused of running a ‘sex cult,’ an allegation that he still denies today. Because of Jones, who had a career and a child from her ex-husband before meeting Kelly, details of these alleged horrid deeds are now surfacing and R. Kelly could see some serious skeletons emerging from his closet.

In an interview with Rolling Stone, Jones explains that in 2013, Kelly housed her and two other girls in a Chicago recording studio, that also had living quarters. Each of them were kept separately, with cameras fitted in their rooms for constant, round-the-clock surveillance. They had to get permission to leave their room for anything, even if it was just to use the bathroom. Jones explained that if they didn’t follow Kelly’s rules, they’d be punished by being starved. According to Jones, she once went without food for two days. However a-meal-a-day was also not an uncommon experience that she had to live with in those two years that Kitti Jones and R. Kelly were in a relationship.

Now that these allegations have surfaced, there are still fans standing by R. Kelly’s side. Some feel that R. Kelly’s ex-girlfriend Jones is simply trying to grab some attention in the wake of the recent erupting controversies surrounding sexual assault in Hollywood. Labeling her an ‘opportunist’ is something that many are willing to do, considering her timing and her willingness to shell out more (probably to the highest bidder.)