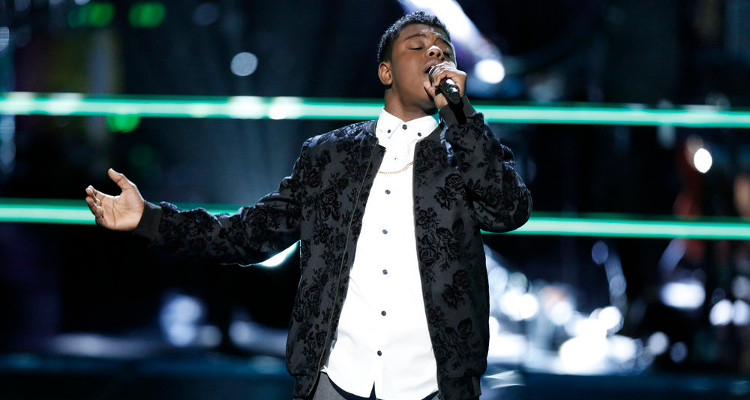 Quizz Swanigan is only 13 years old, but is already an inspiration to others. Though he was born with lung disease and a bone disorder, he has overcome this and dedicated himself to music. With Alicia Keys coaching him and his passion for singing, Swanigan is a top contender to win The Voice 2017.

It’s not everyday that you come across a 13-year-old singer, who could simply blow you away with their voice. That’s exactly what Quizz Swanigan did in The Voice 2017. Swanigan has put in two stellar performances so far on the show, one in the Blind Auditions and the other in the Battle Rounds, advancing him to the crucial Knockouts. This 13-year-old on The Voice has impressed all four judges and has been compared to a young Michael Jackson. It’s no wonder Quizz Swanigan, The Voice contestant chose a Jackson 5 song to sing for his Blind Audition, he’s practically a young Michael himself! People can’t get over the fact that he is just 13 years old, and are curious to know more about him. So, here are some details from Quizz Swanigan’s wiki.

Excited about the great things that are on the way!! ???#KidQuizz #HollywoodSummers #studiolife #Blessed #Summer16 #LosAngeles

Quizz Swanigan sang the Jackson 5’s, “Who’s Lovin’ You” for his Blind Audition and Alicia Key quickly turned her chair around, closely followed by Gwen Stefani. Both coaches made passionate pleas to convince Swanigan that they should be his coach, but after some thought, he chose Alicia.

Also Read: Sheena Brook vs. Hanna Eyre on “The Voice” 2017: Showdown of the Country Singers

Winning the Battle Round

In the Battle Round, Swanigan went head-to-head against Felicia Temple. Both contestants got the once-in-a-lifetime opportunity to work with and learn from DJ Khaled. When the two contestants stepped onto the stage for the Battle Round, the ambiance was electric. They sang “Titanium,” by David Guetta featuring Sia, with a fast, pulsating beat in the background. Swanigan gave a stand-out performance as he tackled the highs and lows of the song. It was a tough decision, but coach Alicia Keys ultimately chose Quizz Swanigan as the winner.

Swanigan is from Los Angeles, California, and his life is an inspiring lesson to all those who struggle to do what they love. He was born with a lung disease and a bone disorder but has not let that come in the way of achieving his dreams. While fighting his illness, singing and writing songs became a way to cope, as music has been his passion nearly his whole life. Even though he is just 13 years old, Swanigan has a maturity far beyond his years. He understands the value of family and always thanks his parents, who have supported and helped him throughout his life.

Also Read: Vanessa Ferguson vs. Autumn Turner on “The Voice” 2017

A Dead Ringer for Michael Jackson

Swanigan started singing in church and then started posting his songs on YouTube. He has appeared on several TV shows, including Jimmy Kimmel Live. Swanigan has also performed opposite Wesley Snipes on NBC’s The Player. When he is not at school or on the stage, Swanigan is busy writing original songs. Even before going on The Voice, people have noticed that Swanigan’s voice sounds remarkably similar to a young Michael Jackson and it’s not surprising that he was featured in a Michael Jackson stage production that toured the U.S.A.

Happy Mothers Day to the woman who gave me life, talent, love, wisdom and faith. Who taught me how to be kind, know God and know what unconditional love truly is…I love you MoM!! #mothersday #santamonica #blessed #greatestmom

During his Blind Audition, Swanigan’s parents and younger sister were off stage cheering him on, and were later invited on stage. On his Instagram account, there are pics of the young singer with other The Voice contestants, as well as pictures with his family and friends. Quizz Swanigan was born in North Little Rock, a small town in Arkansas, but his passion and ambition have propelled him into the top 24 on The Voice 2017. Going by his determination and talent, there is still a long way for him to go!