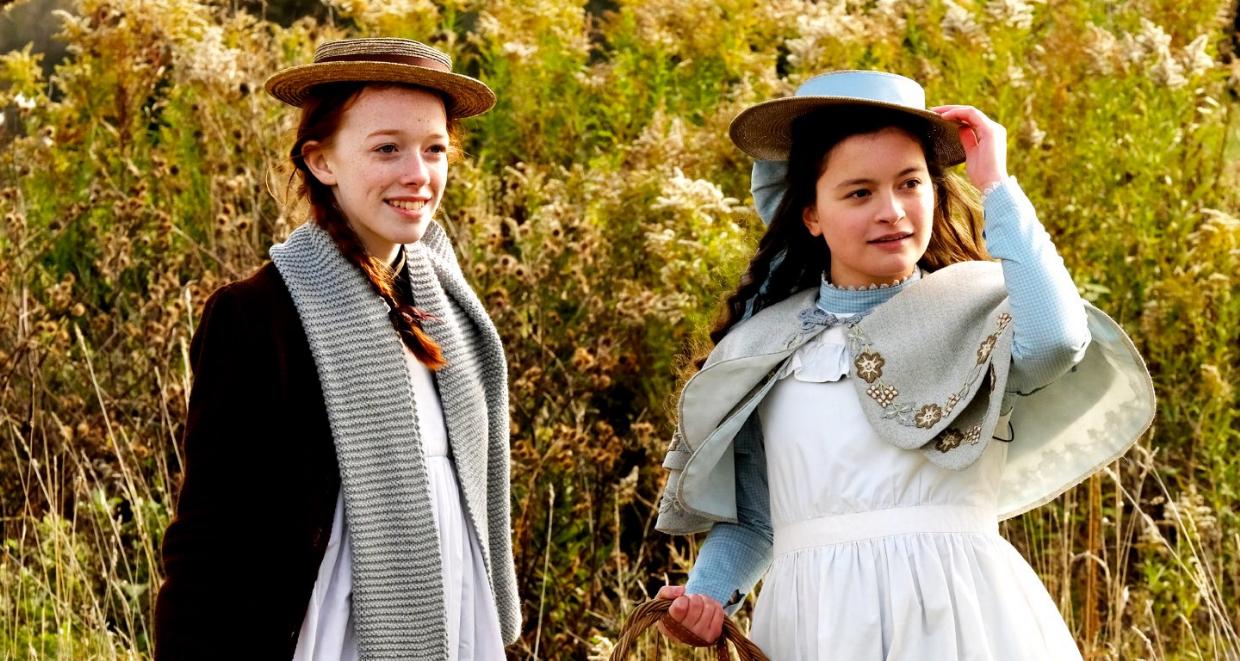 Anne With an E" Will Release on Netflix on July 6. Credits:Twitter/Anne with an "E"

Season 2 of Anne with an E will release on July 6, 2018, on Netflix. The show is based on the 1908 novel, Anne of Green Gables, by late Canadian author, Lucy Maud Montgomery. Given below are some FAQs for fans of the show, which has many anxiously awaiting its return!

Anne of Green Gables is considered a classic children’s novel. The book is suitable for all ages and has been made into several movies and shows. The most recent one being Netflix’s Anne with an E.

Writer and producer Moira Walley-Beckett adapted the book for the screen. The first season of Anne with an E was released on Netflix in 2017.

Anne with an E is about a young orphan girl named Anne Shirley, who is quite imaginative and strong-willed. She is sent to live with elderly siblings, Matthew and Marilla Cuthbert.

Originally, the siblings decided to adopt an orphan boy to help them do their farm chores in Green Gables. However, Anne was sent instead of a boy.

The Cuthberts initially decide to send her back, but they slowly start warming up to her. She attends school and her talkative nature wins over the people around her.

Since season 2 of Anne with an E will be airing soon, many people have questions about the famous show, and we’ve got the answers!

Is Anne of Green Gables Based on a True Story?

Lucy Maud Montgomery, who is the author of the novel, explained that the character of Anne was not a real girl. But many sources feel that it is based on a real girl who arrived in Cavendish, Prince Edward Island back in the late 1800s.

Montgomery always had a habit of jotting down ideas and thoughts for plots and characters.

In 1905, when she was going through her notebook, she came across an entry that read, “Elderly couple apply to orphan asylum for a boy. By mistake, a girl is sent them.”

Sources allege that the entry was not Montgomery’s imagination but actually happened to her family.

Later, Montgomery wrote in her notebook, “The idea of getting a child from an orphan asylum was suggested to me years ago as a possible gem for a story by the fact that Pierce Macneill got a little girl from one, and I jotted it down in my notebook.”

The elderly couple Montgomery was talking about was Pierce Macneill, who was the cousin of Montgomery’s grandfather, and his wife, Rachel. They used to live directly across from the Green Gables property in Cavendish.

According to sources, Pierce and Rachel Macneill had applied to adopt an orphan boy back in 1892 to help them out with their farm chores. John and Annie Clark, who were their neighbors, did the same thing.

However, instead of two boys, a five-year-old boy and his three-year-old sister were found waiting for them at the train station. When the Macneills contacted the orphanage about the mistake, they were told that there were fewer boys in the orphanage.

The orphanage also didn’t want to separate the siblings. So, that’s why they sent the girl with her brother.

Rachel and Pierce Macneill decided to keep the girl and named her Ellen, who adopted their last name.

Montgomery explained that the events surrounding Ellen’s adoption had given her the idea to write her book. But, she clarified that the character of Anne was nothing like Ellen.

So, it can be said that Anne of Green Gables is loosely based on some true events.

What Year Is Anne With an E Set In?

Although the exact year is unknown, the show is set in the 19th century.

Is Green Gables a Real Place?

Initially, Green Gables was only a one-room, single-story house that was built in the 1830s. It’s located inside Prince Edward Island National Park.

The Macneill family were the owners of the Green Gables farm. It is a famous site visited by several tourists each year.

Where Was Anne with an E Filmed?

Anne with an E is partially filmed in Prince Edward Island, along with a couple of locations in Southern Ontario. The main street of Millbrook was transformed to look like the late 1800s.

Additionally, some of the episodes were filmed in Caledon, Ontario.