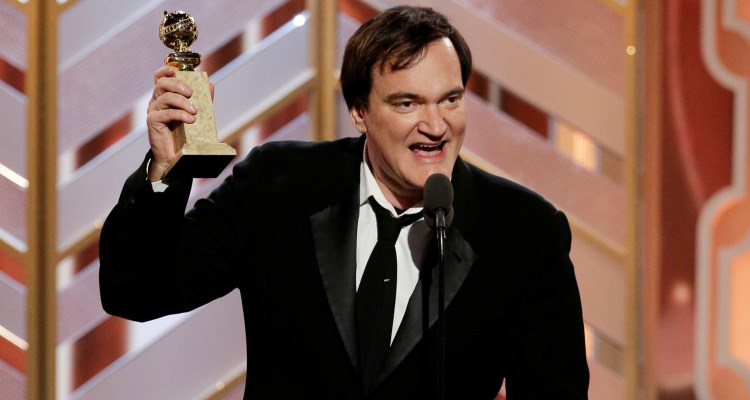 “Quentin Tarantino Announces Retirement.” That’s the story making fans of the director gasp in disappointment. Quentin Tarantino confirmed that he will retire after two more films and he hopes he will be considered “one of the greatest film-makers that ever lived.” Tarantino wasn’t joking when he made the announcement at the Adobe Max conference in San Diego on Thursday. “Drop the mic. Boom. Tell everybody, ‘Match that s—t,’” he said to The Hollywood Reporter. The director plans to stop at 10 features, holding true to his pledge to never make another film past his tenth! It’s expected that his final upcoming films will be enjoyed by fans, especially since he apparently spent four years studying the year 1970 to prepare for an upcoming project. The CEO of Adobe, Ann Lewnes interviewed Tarantino asking him how he defines success, to which he responded that he hopes to be viewed as “a great artist, not just filmmaker.” If you haven’t heard much about the director or are a big fan, we’ve got a list of the best Quentin Tarantino movies for you, plus facts about the renowned filmmaker! Check out our Quentin Tarantino wiki right here!

Choosing favorite Tarantino films is a task, mostly because of the subjectivity of opinions. While Django Unchained (2012) was the highest profited of his works, many people still consider the classic Reservoir Dogs (1992) and Pulp Fiction (1994) as their favorites. To please the since-day-one Tarantino lovers, we must go with Reservoir Dogs as the number one hit. Remember when your friend would mock your sob stories by playing the “world’s smallest violin?” That reference came from Reservoir Dogs! The film was written while Tarantino worked at a video rental store, and he eventually directed it himself along with True Romance (1992). We put the much-loved action-packed, in-your-face Kill Bill Vol. 1 (2003) in second place, and the top profiting film, Django Unchained (2012) in third. Since Tarantino is more of a niche / cult director than a massive franchise kind of guy, some could say each of his works is unique and special on its own.

Quentin Tarantino’s net worth is $100 million, which is quite shocking considering his success as a screenwriter and filmmaker. Tarantino’s focus is more about making fewer, high-quality films, than being a blockbuster director, but he’s made a name for himself as his films define 1990s cinema. Here are his top three most profitable films: Django Unchained (2012) with a lifetime gross profit of over $162.8 million, Inglourious Basterds (2009) with over $120.5 million, and Pulp Fiction (1994) with over $107.9 million. Reservoir Dogs (1992) is still considered one of his best films of all time, despite its gross profit of $2.8 million.

Tarantino has been nominated for 158 awards and won 117! He’s won an Oscar and a Golden Globe award twice each, and is recognized for his directorial and screenwriting talent. He’s even got his own star on the Hollywood Walk of Fame! 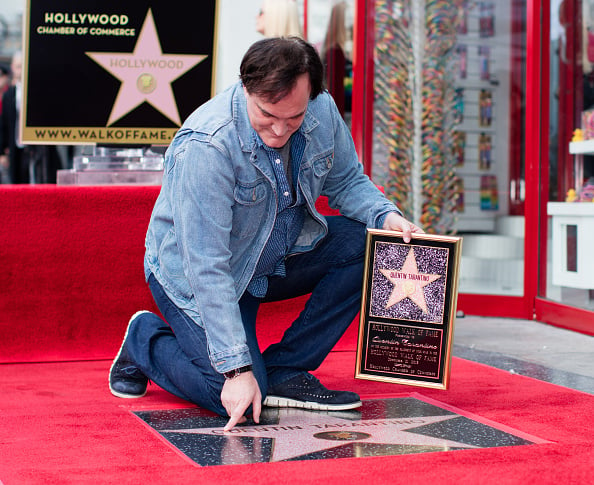 Early Retirement for an Exceptional Director

If you’re wondering how old is Quentin Tarantino, Quentin Tarantino’s age is 53, so it’s reasonable for him to start planning for retirement. By the time he completes and releases his next two films, he’ll be ready to focus on his personal life. Quentin Tarantino’s birthday is March 27, 1963 and he began his career in the 1980s when he wrote and directed My Best Friend’s Birthday, the screenplay that led to the feature film, True Romance.

If you’re searching for “Quentin Tarantino wife,” the director has said, “I’m not saying that I’ll never get married or have a kid before I’m 60. But I’ve made a choice, so far, to go on this road alone. Because this is my time to make movies.” In 2015, reports surfaced that he was in a relationship with Courtney Hoffman. Perhaps his retirement will be the perfect time for him to put movie making aside and pan right to his personal goals and dreams, or maybe even settle down! One thing is for sure, Tarantino stands out in the film industry and his films will remain iconic for years to come!