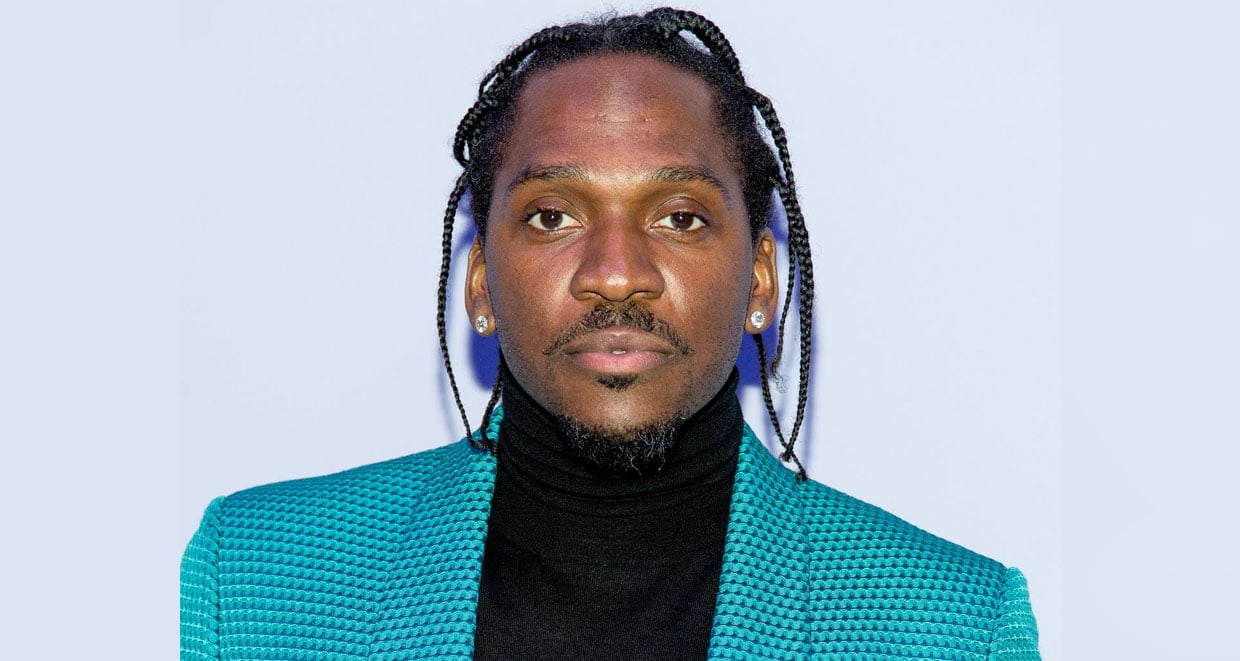 Rapper Pusha-T is a big name in the music industry, and though he’s stayed under the radar for some time now, he’s definitely creating a buzz in the hip-hop world. In fact, Kanye West has appointed him to become the president of GOOD Music! So, it comes as no surprise that Pusha-T’s estimated net worth in 2018 is $15.0 million.

Pusha-T was born Terrence LeVarr Thornton on May 13, 1977, which makes his age 41. Although he was born in The Bronx, New York City, he was raised in Virginia Beach, Virginia.

Pusha-T’s brother, Gene Elliott Thornton Jr., better known by his stage name, No Malice, is also a famous hip hop recording artist. The two brothers formed a band together called Clipse, and released three albums. However, the duo later disbanded to focus and invest their time in their respective solo projects.

Even though he’s been relatively under the radar since 2015, Pusha-T has made quite a name for himself over the years and often works with big names in the music industry.

Me and the only man I fear…?

In 2014, Pusha-T starred in a commercial for Beats Pills along with Pharrell.

Pusha-T’s Adidas shoes feature sock-like construction with a mix of suede snakeskin patterns. And they don’t come cheap! The shoes sold for about $200.00 per pair in 2016.

Besides selling music, Pusha-T also has a merchandise business. He opened up the second branch of Creme in Virginia in 2013. The store carries high-end streetwear brands, accessories, sneakers, and bags.

In 2003 and 2013, Pusha-T was nominated twice for Grammy Awards in the category of Best Rap Song and Best Rap Performance.

Pusha-T likes to roam around town in stylish cars. His car collection includes a Porshe Turbo S. The basic price of the car is $190,700.

In the past, Pusha-T was fascinated with the Mercedes-Benz SLS with gullwing doors. The reported price of that car is $109,000. It looks like Pusha-T is a huge fan of the Mercedes brand, as he has had the G-Wagen, the G-55, and the GL.

Recently, Pusha-T released his album, Daytona, and is busy promoting it. After appearing on The Breakfast Club to give a few details about his big return to music, Pusha-T explained that he spent a lot of time perfecting this album, and decided to work with Kanye West to create the final product.

In the past, Pharell has been his go-to man when it came to advice on producing, but according to Pusha-T, Kanye had a first-listen and told him he could produce these songs better. He was grilled on TBC and asked if that is the reason he worked with Kanya this time instead of Pharell, and he cleared the air.

“It’s not that the whole album was originally supposed to be produced by [The Neptunes],” adding, “There’s never a time when I don’t go to Pharell and Chad. Never. So, when it’s album time, we always toy around with them.

After working closely with Kanye, the seven-song album was complete, and even the title had been changed to Daytona at that time. “I feel like Daytona is what you guys are witnessing. What you’re really witnessing is two artists who have the luxury of time,” he explained of him and Kanye spending weeks in Idaho and Wyoming, taking the time in the studio to gain inspiration for the music and perfect each beat for the songs.

He is also in the news because of his beef with rapper Drake, after Pusha-T released a track called “Infrared,” that took shots at more than one artist, including Drake.

In the song, Pusha-T alleged that Drake actually used a ghostwriter to write some of his lyrics. In turn, Drake fired back with “Duppy Freestyle” taking aim at both Kanye and Pusha.

And now the latest? Pusha-T’s highly controversial track titled “The Story of Adidon,” where Pusha-T fully calls out Drake for fathering a baby with an ex-porn star named Sophie Brussaux.

After all the drama, music mogul J Prince has said that Drake has a “career ending diss track” in store for Pusha-T. Meanwhile, Pusha-T doesn’t seem too concerned with the drama as his main focus right now is his new album.

He told Vanity Fair that he feels the drama is all over with, adding, “I mean, listen: I’m ready to be back to the music for real. Just feeding my base, that’s it. That’s the most important thing to me at all times.”

The rapper and record executive is getting ready to hit the road with a tour. Pusha-T’s tour will be heading to San Diego, Washington, Oakland, and other cities near you.

Pusha-T’s Net Worth Compared to Other Artists: