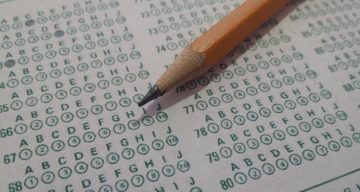 On October 10, 2018, millions of students took the PSAT test. And around the same time each year, students follow the tradition of sharing hilarious PSAT memes on Twitter and other social media platforms after taking the test. We’re sure a lot of you can relate to some of them, especially if you did the test. We’ve gathered some of the best PSAT memes of 2018 for you right here, so keep scrolling!

On Wednesday, right after high school students finished their PSAT test, they took to social media and came up with some hilarious PSAT test-related memes. The College Board even warned them not to discuss what was on the test after after they took it.

However, kids being the rebels that they are didn’t pay any heed and flooded our social media with funny College Board and PSAT memes. The tradition of students sharing inside jokes based on the weird questions asked on the test has been going on for several years now.

But for those who do well on the test, they have potential scholarship opportunities.

1. At least the Dolphins Found Each Other

the dolphins when they find each other after whistling for 5 hours #psatmemes2018 pic.twitter.com/05LDaUonQQ

when you’re so used to using a calculator that on the non calc part you don’t know how to subtract 61-5#psatmemes2018 #psat2018 pic.twitter.com/DElhJEnj33

4. Of course, the Ex Has to be Dragged

5. How Can We Forget the Moth and Its Lamp?

7. The Struggle Is Real

On me ?? #explorepage #explore #psatmemes

Who else took the PSAT? #psatmemes

9. The College Board Right Now

College Board after everybody signed a non disclosure agreement and then looking at the memes. #psat #psatmemes2018 pic.twitter.com/7wckiBHmdJ

looking at #psatmemes2018 and realizing all the answers i got wrong pic.twitter.com/a3bQhAsbhs