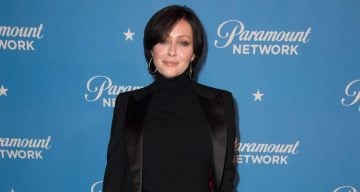 Charmed was once a favorite TV series for nearly a decade and garnered a huge fan following. Aside from the compelling storyline of sisters who had secret powers, fans fell in love with each of their quirky characters. One character was Prue Halliwell, and her exit from the show wasn’t taken well by fans. Many today still wonder why Prue left Charmed. You have to keep reading to find out!

Played by Shannen Doherty, Prue Halliwell entered the series as the eldest sister to Piper (Holly Marie Combs) and Phoebe Halliwell (Alyssa Milano). She was known to be one of the most powerful witches of all time.

Prue initially possessed the unique power of moving objects with her mind through telekinesis. But later, she gained the power of astral projection, through which she could be in two places at once. She also started channeling her telekinesis through her hands.

Regarded as the most powerful and strongest witch among the Halliwell sisters, Prue and her sisters mainly protected the innocent and defeated the evil forces in San Francisco. Meanwhile, her normal life involved being an appraiser for an auction house, and later working as a professional photographer for a magazine company.

Prue’s love life on the show was quite exciting, as well. She dated Andy Trudeau (Ted King), who happened to be her old high school flame, during season 1.

In season 2, Prue dated Jack Sheridan (Lochlyn Munro). He was her colleague from the auction house. (Keep in mind, she also had to juggle the task of hiding her unique powers from her boyfriends.)

However, Prue’s love life spiraled downwards in the third season, when she was forced to marry a warlock named Zile (Tom O’Brien) in a dark marriage ceremony. But luck was on her side, and their marriage ended after he was vanquished.

When Does Prue Die on Charmed?

Prue’s death took place in the season 3 finale titled “All Hell Breaks Loose.” However, the season ended on a cliffhanger, and her death is only revealed in season 4!

Who Killed Prue on Charmed?

During the episode, an extremely powerful demonic assassin called Shax is sent by The Source of All Evil to kill Prue. Tragically, the attack proves fatal for her.

Who Replaced Prue on Charmed?

With season three ending on a cliffhanger, Prue’s death was announced in season 4. During the same season, she was replaced by Rose McGowan. She came in as Paige Matthews, the long-lost younger half-sister to Piper and Phoebe.

Although Prue’s character did not live to see the end of the series, it received positive reception from both audiences and television critics.

Shannen Doherty went on to receive two Saturn Award nominations for Best Actress on Television in 1999 and 2000 for her portrayal of Prue. And AOL TV ranked Prue at No. 9 on their list of the Top TV Witches in 2007!

With talks of a Charmed reboot in the works for 2018, fans are already brushing up on all their greatest Charmed memories! (We wonder if the original cast will return, and maybe they’ll magically bring back Prue! Hey, we can dream, can’t we?)