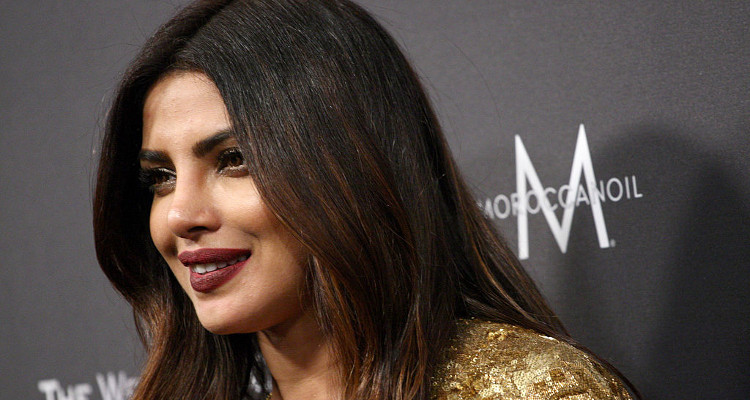 Priyanka Chopra has made the incredible dream-like journey from small-town girl to international superstar. It’s her hard work, talent, determination and gumption that has made her success possible. Chopra has wowed audiences in both Asia and America with her powerhouse performances in films and in the TV series, Quantico. With a net worth of $10.0 million under her belt, Chopra is now trying her hand at business, as well. Given her past record, there is no doubt she will make a success of it, too!

The thing with Priyanka Chopra is that she is always raising the bar. After proving her worth as an actress in Bollywood, she turned to singing. After receiving accolades for her singing, she came to Hollywood and has made her mark as an actress in the ABC hit television series, Quantico, which premiered in September 2015. Least anyone forgets, she first gained fame as the winner of the Miss World pageant in 2000! Now, Priyanka Chopra is an Indian actress, singer, film producer, model, and philanthropist who is one of India’s highest paid and most popular celebrities. Considering Priyanka Chopra’s age is just 34 years old, there are no limits to what she can achieve in her career both in Bollywood and Hollywood. We will tell you all we know about her from Priyanka Chopra’s wiki.

A Childhood of Discovery

Priyanka Chopra was born on July 18, 1982, in Jamshedpur, India to her parents, Madhu and Ashok Chopra. Both were physicians in the Indian Army, and due to their occupations, the family had to live in various locations across India like Delhi, Chandigarh, Ambala, Ladakh, Lucknow, Bareilly, and Pune. Chopra says that she did not mind the constant traveling and changing schools. In fact, she welcomed it as a new experience and a fantastic way to discover India’s multicultural society. Chopra now considers Bareilly as her hometown and maintains strong connections there.

A Change Did Her Good

A big change occurred in Chopra’s life when she had to move to the United States at the age of 13. She was sent to live with her aunt to study, and she attended schools in Newton, Massachusetts, Cedar Rapids in Iowa and Queens, New York because her aunt’s family also moved frequently. She studied Western classical music, choral singing and Kathak dance [a traditional Indian form of dance] and participated in several theater productions. Chopra admits that she faced racial issues when she was in America as a teenager and was bullied for being an Indian. She says “I was a gawky kid, had low self-esteem, came from a modest middle-class background, had white marks on my legs…But I was damn hard working. Today, my legs sell 12 brands.”

The Most Beautiful Girl in the World

After three years, Chopra returned to India and finished her senior year at the prestigious Army Public School in Bareilly. She won the local “May Queen” beauty pageant, after which her mother entered her into the Femina Miss India contest of 2000 where she won the Femina Miss India World title. Fresh from her success Chopra participated in the Miss World pageant. There she won the Miss World 2000 title, as well as the Miss World Continental Queen of Beauty – Asia & Oceania in London. From that day forward, there was no looking back for the delighted pageant winner.

Making a Breakthrough in Bollywood

Chopra enrolled in college, but after she started receiving film offers she dropped out. She made her film debut in the Tamil language film, Thamizan in 2002. Then she made her Hindi language film debut with the film, The Hero: Love Story of a Spy opposite Sunny Deal. Chopra won praise for her role with one reviewer writing, “mega-looker Chopra makes a solid screen debut.” After another successful film called Andaaz, Chopra struck an unlucky patch with duds like Plan, Kismet, and Asambhav. Then came her breakthrough role in the movie Aitraaz, in which Chopra plays an ambitious woman who accuses her employee of sexual harassment. Aitraaz was a critical and commercial success, with Chopra earning many awards for her portrayal. Chopra says that this role was the “biggest learning experience of her career.”

The New Professional in Town

Then Chopra proceeded to act in a clutch of films like Waqt: The Race Against Time, Yakeen, Barsaat, Bluffmaster!, Krrish, Don, and Drona. Most of her films were successful, but a few were box-office disasters, like Love Story 2050 and God Tussi Great Ho. Chopra gained the reputation of being a professional and someone who was not afraid of taking on any role which gave her the opportunity to do something new and different. Then came the movie which marked a big change in her career and made people take her seriously as an actress.

The Dawn of a New Era

Chopra made people sit up and notice her when she acted in the movie, Fashion, a realistic drama about the Indian fashion industry that followed the lives and careers of several fashion models. Fashion was a commercial and critical success, and Chopra received rave reviews for her bold performance. She won a slew of awards for her acting, including the National Award and the Filmfare Award for Best Actress in a lead role. Fashion was a women-centric film with no lead actor, yet managed to perform strongly at the Indian and Asian box-office. Looking back, Chopra says, “I think Fashion kick started…the process of female-dominated films. Today you have so many other films which have done well with female leads.”

From then on, Chopra has tried to work in movies that have strong female characters, so that she gets more meaty roles. Films like Kaminey, Dostana, Anjaana Anjaani, 7 Khoon Maaf, Don 2, and Agneepath made Chopra one of the leading heroines in Bollywood. She rocked the box-office and impressed the critics again in the Ranbir Kapoor film, Barfi! In Barfi!, Chopra played the role of a Bengali autistic woman, who falls in love with a deaf, mute man. Chopra spent a lot of time and effort developing the character, along with the film’s director and cast. She also visited several mental institutions and spent time with autistic people to prepare for this difficult and challenging role. She received multiple award nominations and her role in Barfi! is considered to be one of her best performances ever.

In recent years, Chopra has spent time working on her burgeoning singing career and acting career in Hollywood. Still, she has continued to work in Bollywood, and some of her recent notable films are Krrish 3, Gunday, Mary Kom, Dil Dhadakne Do, and Bajirao Mastani. Bajirao Mastani was a blockbuster hit and earned $52.0 million worldwide, and Chopra won several awards for her acting performance as a warrior’s wife.

The Crossover to America

In 2015, Chopra was cast in the American thriller series, Quantico, where she played the character, Alex Parrish. The ABC Studio series premiered in September 2015 and was the first time that a South Asian star was headlining a major American TV series. Quantico received acclaim from all quarters, including the critics and Chopra’s performance was highly appreciated. The New York Times described Chopra as the “strongest human asset” of the show and that “Chopra is immediately charismatic and commanding.” For her performance, Chopra has won the People’s Choice Award twice, becoming the first South Asian actor to do so.

Chopra has also ventured into singing as she was inspired by her father who she says was “an incredible singer.” Initially, she sang a few songs in Bollywood, but she took it seriously when she became the first Bollywood star to be signed up by the American talent agency, Creative Artists Agency. Chopra went to Los Angeles and collaborated with the likes of Sam Watters, Matthew Koma, and Jay Sean. Her first single “In My City” was a collaboration with will.i.am and was inspired by her own unsettled childhood and her journey from a small-town girl to a celebrity. The song “In My City” was successful in both India and America and sold more than 130,000 copies in the first week of release. Her second single “Exotic” featured American rapper Pitbull and debuted at number 16 on the Billboard Dance/Electronic songs. Her third single, a cover of Bonnie Raitt’s song, “I Can’t Make You Love Me,” peaked at number 28 on the same charts.

Net Worth Continues to Rise

Thanks to her acting career in Bollywood and Hollywood, her singing assignments, endorsements, and live shows, Priyanka Chopra’s net worth is a cool $10.0 million and IS sure to grow. With her riches, Chopra has bought several properties in the city of Mumbai and Goa. She has homes in Lokhandwala and Oshiwara in Andheri, a suburb in Mumbai. She stays in Raj Classic in Andheri Versova, a property she bought in 2008. In 2011, Income Tax officials stated that Chopra had nine apartments; five of them in Raj Classic on Yari Road. Here, she has turned three of them into one apartment and has also interconnected two of them. In 2014, Chopra bought her dream house in Versova. It is a sea-facing vintage house that cost her $16.0 million. It has 15 bedrooms and will be used for mostly commercial purposes like shooting and hosting celebrity parties by Zoom, a TV channel that covers Bollywood. This mansion was designed by British architect, Claude Batley and was built in 1930. Chopra is planning to buy other properties in Mumbai and other places, as well.

When it comes to brand endorsements, Chopra is Queen Bee in India! Chopra has represented several high profile brands in India, including TAG Heuer, Pepsi, Nokia, Garnier, Nestle and Hero Honda. In 2013, Chopra became the first Indian model to represent Guess, and it’s CEO Paul Marciano called her “the young Sophia Loren.” Chopra has been the basis for a doll collection in the Hasbro repertoire. She is also the first Indian actress to be featured in a school textbook.

The Future is Wide Open

Though Chopra has been linked to some Indian actors in the past, she insists that she is currently single. Chopra is admired and respected for her professionalism and has been nicknamed “Piggy Chops” by her co-stars. In the media and the film industry, she is referred to as “PeeCee” or simply “PC.” Chopra will soon be seen in the movie, Baywatch, a film remake of the popular TV series. Meanwhile, she is working on several films in India and trying to raise the bar for female portrayal in Indian films. Thanks to her hard work and talent, it’s safe to say that Chopra is one of the most renowned Indian actresses in the world today. With her multicultural ethos, unique acting and singing talent, business smarts and good looks, Chopra is all set to conquer new heights in her field. For Priyanka Chopra, even the sky’s not the limit!