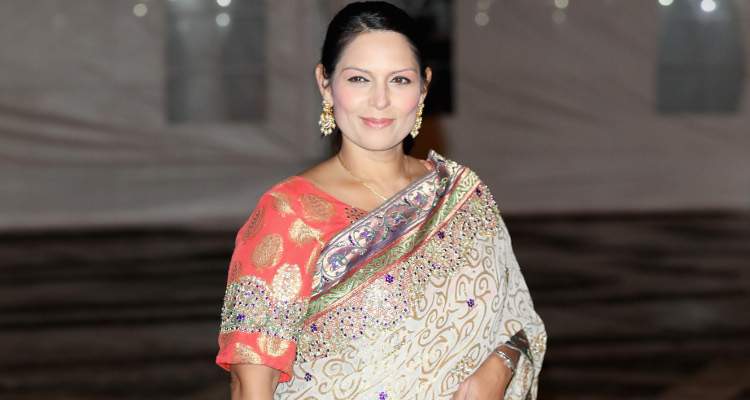 Priti Patel was a shining star in British Prime Minister Theresa May’s cabinet, but a single mistake cost her the coveted post she was occupying. Patel admitted to meeting Israeli politicians and officials on a private trip to Israel, which was a breach of protocol. She received a rebuke from May and had to tender her resignation on November 8, 2017. However, Patel may be down, but she is certainly not out! Read all about it in our Priti Patel wiki.

The UK government is reeling under a slew of controversies. And the latest one to hit it is the resignation of it’s Secretary of State for International Development, Priti Patel.

Patel was away in Kenya for an official visit when she was urgently called back by Prime Minister Theresa May to clarify a burgeoning controversy over her secret meetings with Israeli officials. Patel came back immediately and ultimately resigned on Wednesday, November 8, 2017, over what she admitted was a serious breach of diplomatic protocol.

The trip to Israel, where she met with almost a dozen politicians and several organizations, including Israeli Prime Minister Benjamin Netanyahu and the Director General of the Israeli Ministry of Foreign Affairs Yuval Rotem, was paid for by Patel herself. Priti Patel’s Israeli trip has earned firm disapproval from British Prime Minister May.

Who Is Priti Patel?

Born on March 29, 1972, in London, England, to her immigrant parents from Uganda, Priti Patel’s age is 45. Patel is a British politician who has been a Member of Parliament in the Conservative Party for the Witham constituency in Essex since 2010. She is a right-winger and has often been described as a “Thatcherite.”

Priti Patel has been reappointed as International Development Secretary

Patel attended Watford Grammar School for Girls in Watford before studying economics at Keele University. She completed her post-graduate studies at the University of Essex.

Working in the Private Sector

According to Patel, Thatcher “had a unique ability to understand what made people tick, households tick and businesses tick. Managing the economy, balancing the books and making decisions – not purchasing things the country couldn’t afford.”

After joining the Conservative Party, Patel helped out by working in the press office and dealing with media relations in London and South East England. She later started working in the private sector, first as an adviser for Weber Shandwick, a public relations company, advising major firms such as British American Tobacco, and then for Diageo, a British multinational alcoholic beverages company.

Priti Patel then took an interest in British politics again. She was promoted as Exchequer Secretary of the Treasury in the summer of 2014.

The politician co-authored a book titled Britannia Unchained, which was critical of the work productivity levels in the UK and made the controversial statement that “once they enter the workplace, the British are among the worst idlers in the world.”

Patel has taken a strong stand on Britain’s controversial issues like the size of the welfare state, the bombing of Islamic State targets in Syria, BBC’s coverage of the Indian 2014 general elections, and the Brexit campaign.

Don’t Count Her Out, Yet!

Although Priti Patel’s religion is Hindu, she married a Christian. Priti Patel’s husband is Alex Sawyer, and the couple has a son named Freddie, who was born in August 2008.

Patel wrote a letter to May on November 8 saying, “While my actions were meant with the best of intentions, my actions also fell below the standards of transparency and openness that I have promoted and advocated. I offer a fulsome apology to you and to the government for what has happened and offer my resignation.”

Even though Priti Patel has resigned from her position, knowing her indomitable spirit, we wouldn’t be surprised to see her playing an important role in British politics in the future.

An enormous thank you to friends, colleagues, constituents & the public for the support & kindness you have shown me over the last few days