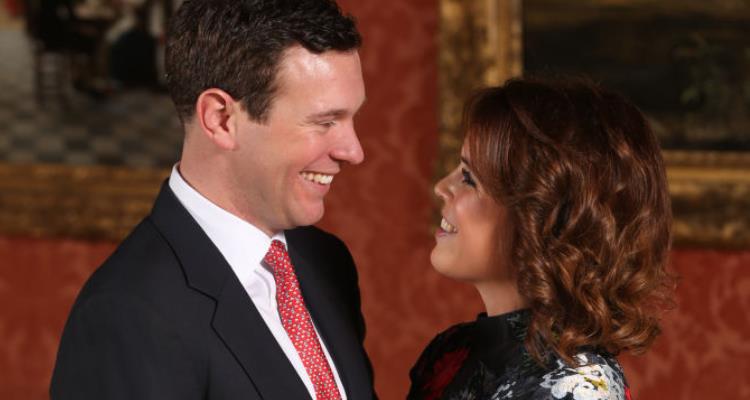 It looks like Princess Eugenie and the House of Windsor has nothing but good news to share lately, and we can’t complain! Just when the world was thinking of Prince Harry’s wedding, fans of the royal family are getting news of another royal wedding; his cousin, Princess Eugenie’s! If you want details on wedding plans and Princess Eugenie’s net worth in 2018, then you came to the right place.

Princess Eugenie of York, 27, was born on March 23, 1990 and is the youngest daughter of Prince Andrew, Duke of York and ex-wife Sarah Ferguson, Duchess of York. Princess Eugenie (who is eighth in line to the throne) and her sister, Princess Beatrice, are granddaughters of Queen Elizabeth II, Prince Andrew’s mother.

Her full name is Eugenie Victoria Helena and she was named after Victoria Eugenie of Battenberg and Princess Helena, Queen Victoria’s granddaughter and daughter. She graduated from Newcastle University in 2012 with an honors degree and works at the art gallery, Hauser and Wirth, as the director. How rich is Princess Eugenie? Her personal net worth in U.S. dollars is estimated to be $4.0 million.

It looks like the world will be getting two royal weddings this year, now that Princess Eugenie and Jack Brooksbank are newly engaged! According to Buckingham Palace, Brooksbank (socialite and former manager of Mayfair club, Mahiki) got down on one knee and popped the question in Nicaragua, in front of a volcano!

According to the Princess, “The lake was so beautiful. The light was just a special light I had never seen. I actually said this is an incredible moment, and then he popped the question, which was really surprising even though we have been together seven years.”

She continued, “I was over the moon. [It was a] complete surprise. But it was the perfect moment, we couldn’t be happier.”

He proposed with a padparadscha sapphire ring, which resembles the one that Princess Eugenie’s mother was given by her father for their engagement.

“I found a ring in a jewellers and then proposed to Eugenie without it and came back and we designed the diamonds around this padparadscha sapphire,” said Brooksbank.

He added, “And what’s amazing about it is that it changes colour from every different angle that you look at it, which is what I think of Eugenie. That she changes colour and is just so amazing.”

Princess Eugenie’s future parents-in-law, Nicola and George, are just as happy as her own parents, after hearing that the couple of seven years, are finally getting married!

“We could not be more delighted with the news of the engagement. We are completely over the moon and are very excited for them both,” they said.

It will be an autumn wedding and will take place at St. George’s Chapel, in Windsor, according to Buckingham Palace’s statement. That’s also where Prince Harry’s wedding to actress Meghan Markle will take place, in May. According to sources, Brooksbank won’t be given a formal title after the wedding but the princess will still keep her own; she has the choice of adding her fiancé’s last name.