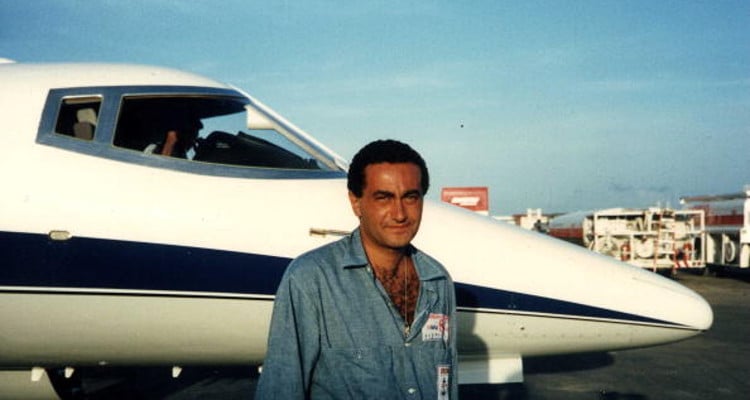 2017 marks the 20th anniversary of the death  People’s Princess, and even today tears roll down people’s eyes as they remember her. Princess Diana and her boyfriend Dodi Al Fayed were both killed in a car crash in France, and it is speculated that it was no accident. Dodi Al Fayed’s death has garnered much attention as it was the story heard around the world. We’ve got all the facts you need to know.

It is not a secret that Dodi Al Fayed was a billionaire playboy, and was into all sorts of illegal stuff from the beginning. And though he was embroiled in a lawsuit before he died, Dodi Al Fayed’s fiancée Kelly Fisher dropped it out of respect to his family, following the car accident that killed both him and Diana. She was a model and had quit her career for him, but within months of being engaged, he had dumped her for Princess Di. Here’s everything you need to know about Dodi Al Fayed and his cause of death.

Dodi Al Fayed was born to Mohamed Al Fayed; a billionaire Egyptian Tycoon. He was born on April 15, 1955, and he was 42 years old when he died in 1997. His father was the owner of Harrods Department Store, and Dodi was the first born in his family. Dodi’s mother, Samira Khashoggi was the sister of the Saudi Arabian arms dealer Adnan Khashoggi, who was a billionaire, too. He came from a long line of inheritance and according to many, he was a rich, spoiled brat. The family even owned the Ritz in Paris, and as a boy, Dodi studied at various schools in Paris, including the very privileged Le Rosey in Switzerland. He also attended the Sandhurst Military Academy briefly, which the royal princes also attended.

Dodi Al Fayed then moved to London when he was 15 years old. It came as no surprise that he was a common face among the nightclubs there during the ’80s. He was rumored to be hanging out in illegal clubs late at night with a gang called “The Dawn Patrol.” This first came out when one of the club owners, Mark Fleischman (who owned Studio 54 for a short while between 1981-1984) released a book. In his book, he mentioned how Dodi always had women and drugs at his beck and call, and he hung out with people like Liza Minnelli, Robin Williams, Rick James, and Tony Curtis to mention a few. “Dodi loved Quaaludes, good quality coke, and hot women and he always had plenty of those,” Fleischman wrote in his book.

Who was Dodi Al-Fayed Married To?

Dodi Al Fayed has dated a long list of ladies, or so it was rumored back in the day. He was reportedly associated with Brook Shields, Winona Ryder, and even Nancy Sinatra. In 1986, he was married to model Suzanne Gregard, but only eight months after their wedding, he filed for a divorce. We aren’t so sure as to why he left her, but before anyone knew anything, he had another model named Kelly Fisher in his arms! She was an American model, and in 1997 the couple got engaged. But the whole story broke out like a bursting pipe when Kelly sued the billionaire for leaving him to date princess Diana!

The news was all over the tabloids and the pictures of a sobbing Kelly with a lawsuit surfaced in the media. She sued Dodi for a whopping $500,000 claiming that she quit her modeling career for him and was not ready to bow down to his ways. But after the death of Dodi in the same year, she dropped the lawsuit out of respect to his family.

How Did Diana and Dodi Meet?

Princess Diana was still married to Prince Charles when she first met Dodi Al Fayed in 1986. They met each other in Windsor at a polo match, and it was just a formal meeting with an exchange of pleasantries. For almost a decade, there were no allegations or news of them ever being together, when suddenly, the rumors went into overdrive in 1997. Every tabloid was covering stories surrounding the now-divorced princess and billionaire “allegedly dating.”

1997 was a very eventful year for both of them and their families, and during that summer, Dodi invited Diana and her sons, William and Harry to spend some time on his yacht. Though Diana turned up alone, they ended up having a great time, and the pictures of them kissing struck new headlines all over again.

How Did Dodi Die?

Dodi Al Fayed and Diana were spotted at the Ritz in Paris, where they had allegedly gone out to dinner on the night of their deaths. Some believe theories that suggest the two were planning to get engaged, as they were seen earlier that night checking out rings at a nearby jewelry store. The Operation Paget reported that, “Mohamed Al Fayed claims that information of which he has personal knowledge or received from others showed that the Princess of Wales and Dodi Al Fayed were involved in a serious relationship and intended to get engaged; that they selected an engagement ring together from Repossi jewellers in Monte Carlo; that this ring was prepared and altered to the correct size by Repossi jewellers.”

This led to the belief that the princess was assassinated for dating an Egyptian, and if she married him, the royal princes would then have an Egyptian step-father, igniting speculation that it was a conspiracy to kill her. The couple dined at the Ritz Hotel on August 30, 1997, after which Dodi’s bodyguard, chauffeur Henry Paul, Al Fayad, and Diana were en route to London. They were traveling through the Pont D’Alma tunnel when their car crashed into a pillar in the infamous tunnel. Princess Diana died in the hospital succumbing to her injuries, but Dodi Al Fayed was pronounced dead at the scene. The accident crushed the car like a soda can and the survival of anyone on-board looked bleak, though the bodyguard survived. Diana was pronounced dead in the hospital following the accident.

Though Dodi Al Fayed’s net worth can’t be calculated to an exact amount, we all know how rich he was. He would party hard and spend harder, on more than just luxury items. He owned expensive cars and yachts, and he gifted jewelry like candy. His father Mohamed Al Fayed’s net worth is estimated at $1.86 billion. Mohamed Al Fayed is an Egyptian business tycoon, who owned Harrods, and Ritz in Paris. The Ritz hotel just reopened in 2016 after renovations costing $450.0 million, and he sold Harrods to a Qatar holding for a reported $2.4 billion. He sold the Fulham Football Club to billionaire auto-parts dealer Shahid Khan for an estimated value of $300.0 million.