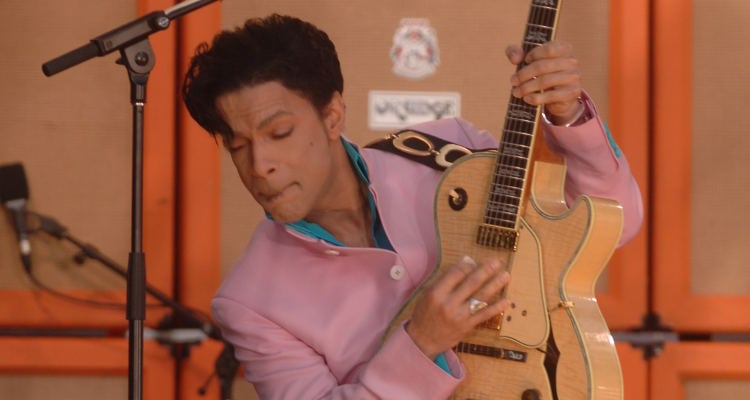 As the investigation surrounding prince’s death continues, Entertainment Tonight reported that Prince’s vault was drilled open Wednesday. An eye witness told ET that a locksmith had been spotted at Prince’s home, Paisley Park, in Minneapolis, Minnesota. According to local media the locksmith was hired by Bremer Bank, which was recently made administrator of the late singer’s estate.

The District Court of Carver County in Minnesota issued an order to seal all findings from a search warrant for Paisley Park Studios, where the 57-year-old was found dead last week.

A source told ET that the vault contains hours of unreleased original recordings on cassette tapes and is roughly the size of a utility closet, armed with five locks.

Bremer Bank gave a statement to ET stating that it “respects the privacy of [its] customers and it is [its] policy not to reveal the names of [its] customers or information related to requests for services.” In other words, the songs will not be released to the public anytime soon, if at all.

Results from an autopsy are still being done, and so far, rumors have been circulating and published saying that Prince was diagnosed with AIDS. Since these are just rumors being printed by tabloids and not credible news outlets, there’s no proof to this claim. His body was cremated following an autopsy and was laid to rest by close family and friends.

“A few hours ago, Prince was celebrated by a small group of his most beloved: family, friends, and his musicians, in a private, beautiful ceremony to say a loving goodbye,” the statement from his publicist read. “Prince’s remains have been cremated and their final storage will remain private. We ask for your blessings and prayers of comfort for his family and close friends at this time.”

“The cause of death remains unknown and it will be at least four weeks before we receive the results of the autopsy,” the rep added. “An announcement will be made at a future date for a musical celebration.”

Though prescription drugs were found on him at the time of Prince’s death, the cause is still unknown. Fans continue to honor the late singer as they mourn the loss of a music legend.