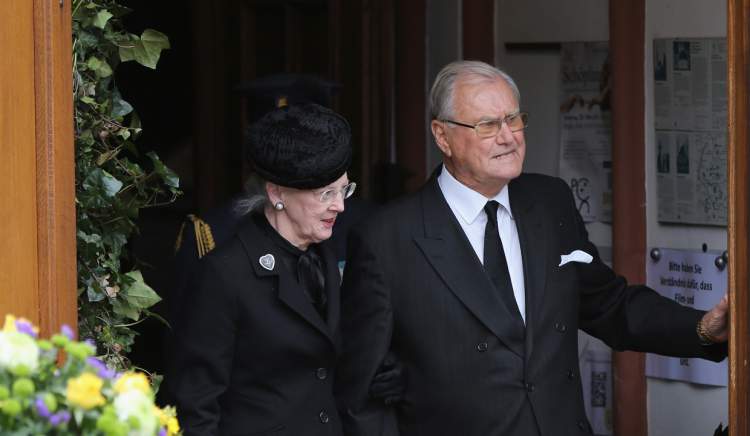 Denmark is mourning the loss of their Prince Henrik. Queen Margrethe II’s husband passed away on February 13, 2018. According to reports, aside from living a life of royalty, he was unhappy with his title. How did Prince Henrik die? We’ve got the details on that and more below.

The Danish monarch was married to French-born Henri Marie Jean Andre de Laborde de Monpezat, in 1967. After four decades of marriage, the Prince died at the age of 83. For more about Prince Henrik’s cause of death, keep reading.

Who Was Prince Henrik?

Born and raised in the quaint town of Talence, near the port city of Bordeaux, Monpezat was born to a businessman in France.

In his youth, Monpezat studied Vietnamese, Chinese, and political science in Paris, after which he joined the French Military Service. He was with the infantry from 1959-1962 in Algeria.

When he came back, Monpezat became a diplomat. At a common gathering, he met the Crown Princess of Denmark, Margrethe. The couple married in 1967; he converted to Protestantism from Catholicism, changed his name to Henrik from Henri, renouncing his French citizenship, and became a Dane.

He Did Not Feel Respected by His People

Prince Henrik and Margrethe had two children during the course of their marriage. But there were many things Henrik complained about regarding his royal life and everything that came with it.

“For many years I have been number two,” Henrik told Danish tabloid B.T. about feeling “pushed aside” by his wife and son. “I have been satisfied with that role, but after so many years in Denmark I don’t suddenly want to become number three and become some kind of wearisome attachment,” he added.

As his son Frederik was next in line for the throne, Henrik had to maintain his title, and was never going to be king. He felt it was unfair treatment, especially considering his earnings were allotted to him by his wife.

He wanted a paycheck instead, and Parliament agreed to give him an allocated 10% of what Royals are usually given annually.

Prince Henrik was a lovely pianist who also enjoyed poetry. He wrote in his free time, and loved to spend quality time with his family.

In 2002, it was reported that Prince Henrik fled to southwestern France, where he had a Chateau. He allegedly wanted to “reflect on his life,” after not feeling respected in Denmark.  He felt like he was sidelined by his own family when Prince Frederik was the one who represented Queen Margrethe during the New Year’s ceremony.

Price Henrick mostly felt “disappointed all the time and walked over in such a way that my self-respect is destroyed.”

Prince Henrik’s Cause of Death

The palace released a statement after the death of Prince Henrik:

“His Royal Highness Prince Henrik died on Tuesday, February 13, at. 23.18 peacefully in his sleep at Fredensborg Palace.”

He was diagnosed with dementia after having tests done at Copenhagen University Hospital in 2017. In January, 2018, Henrik was admitted to the hospital, where they found a benign lung tumor.

Prince Henrik asked not to be buried next to the Queen, as he felt he was never treated as her equal. He made the request in 2017, which meant breaking a more than 400-year-old tradition. The Queen is supposed to be buried in Roskilde Cathedral, as is tradition, where she may rest alone.