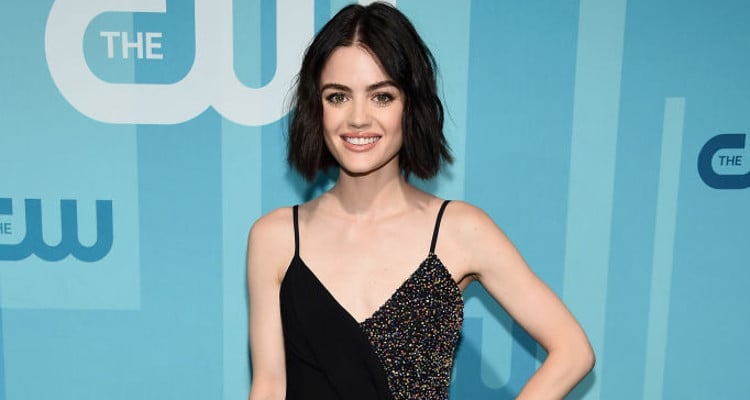 Pretty Little Liars star Lucy Hale is on her way to becoming one of Hollywood’s biggest starlets, and already she’s looking back upon her accomplishments. Having just wrapped up a movie in which she plays a starring role, it’s clear the experience was quite a big deal to her!

The movie in question is Dude, an indie film about four women during the final two weeks of high school, during which they face some of the more negative aspects of growing up, such as separation and death. Besides Lucy Hale, the movie also features Nora “Awkwafina” Lum , Kathryn Prescott, and Alexandra Shipp.

Filming Dude clearly left a mark on Hale, as she posted to Instagram about the experience. The image, taken from the movie, features the four main girls and was originally posted by Nora Lum, who wrote that the film was “one of the coolest experiences I’ll ever partake in.” Hale echoed those sentiments, writing, “@dudethemovie was one of those experiences that I’ll look back on and cry of laughter and smile because of how rad it was. Thanks to all who made it possible….the talented cast, hard working crew, brilliant producers , and of course our QUEEN @milchobration. Can we just do the sequel already? [sic]”

Despite the first movie not even being out yet, a lot of people apparently want the sequel, too—almost 78,000 people, to be precise! And a lot of women will apparently relate very strongly to the film’s characters, as many said they or someone they tagged looked like one of the four girls in the photo. Others expressed interest in seeing the movie based on the quality of Hale’s performance as Aria Montgomery on Pretty Little Liars, and the hopes for some similarities, given that both the show and Dude are about a quartet of young girls.

Dude doesn’t appear to have a release date yet, but Hale has been sharing tons of sneak peeks from the set on her Instagram account. In the meantime, Lucy Hale will return to TV in the second half of Pretty Little Liars season 6 on January 12. After that, the sky’s the limit for this rising star!