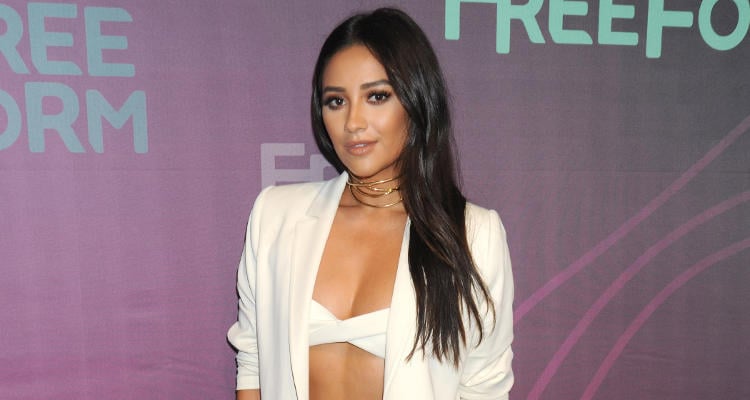 Six years ago Pretty Little Liars graced us with their presence on our television sets and laptops. It has been six whole years since the series originated and now (in its seventh season), it still manages to maintain the same enthusiasm among the viewers as it did when the first season began. If you are looking for a Pretty Little Liars recap, then you have come to the right place, because we will give you all the details about last night’s episode.

For our laptop lovers, don’t worry because we have a solution for you, as well. To watch the latest episode, “Along Comes Mary,” go to Freeform.go.com and get your Pretty Little Liars season 7, episode 5 recap streaming fix in real time, either on a laptop or smartphone. As long as you’re connected to the Internet, you can tune in to watch all the drama unfold. You can stream the Pretty Little Liars episodes from anywhere in the world to find out what terrifying twists and turns are in store for the girls next. It is the ultimate solution for anybody who does not have access to a television or premium cable subscriptions.

Now that we have sorted out the problem of watching the Pretty Little Liars recap, let’s get down to business and recollect whatever happened in yesterday’s episode, “Along Comes Mary.” After watching last night’s episode of Pretty Little Liars, there are many questions going on in everybody’s mind, like was Elliott really A.D.? Is Ezra’s dead girlfriend actually alive?

Everybody was desperately waiting for the moment, when Ezra (Ian Harding) would propose Aria (Lucy Hale)? We were glad to see that finally Ezra got down on one knee and proposed to her saying, “When you walked through the door after [the five-year time jump], it felt like the last flat stretch of a track on a roller coaster ride, right before it comes to a stop,”. “That’s when I knew. I want you in my life, Aria, for the rest of my life, and I don’t ever want to let you go.”

Well, Aria still hasn’t replied to his proposal, which means we have to wait for another episode of Pretty Little Liars to air. Meanwhile, Noel Kahn (Brant Daugherty) is back in Rosewood. Other major developments that happened in the episode were: Aria deleted Nicole’s (Rebecca Breeds) call from Ezra’s phone, Spencer (Troian Bellisario) pretended to meet Toby’s (Keegan Allen) new boss for the first time, Sara Harvey (Dre Davis) passed a rude comment about Emily (Shay Mitchell), and Mary (Andrea Parker) made up some ridiculous story about Elliott (Huw Collins).

As usual, the show ended with suspense as now we all have to wait for the next episode to find out what Aria’s response would be! Now that we’ve summarized what happened in this Pretty Little Liars Season 7, Episode 5 recap called “Along Came Mary,” you should definitely watch episode five so that you are prepared about what happens in the next episode of Pretty Little Liars. What do you think Aria’s response will be to Ezra’s proposal? Let us know your opinion in the comments section below!