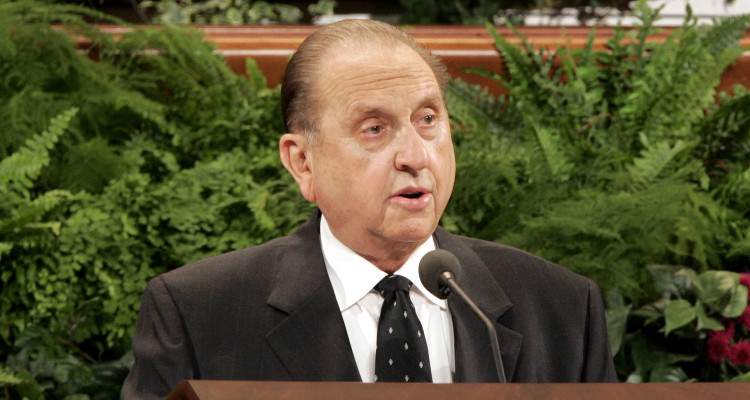 Thomas Monson’s death came as a sad beginning to 2018 for his congregation as it was reported earlier today that the President of the Mormon Church had passed at 90. A similar loss was felt when Thomas Monson’s wife, Frances Beverly Johnson passed away in 2013. With Thomas Monson’s passing, many are curious to know more about his late wife. We have more about her life, right here.

Johnson was the pillar of strength behind her family and, most importantly, her husband, The Church of Jesus Christ of Latter-day Saints President, Thomas Monson. She took part in all the activities that her husband undertook in her own capacity. Read more about her in our Frances Beverly Johnson wiki.

She was born in Salt Lake City, Utah, and raised during the Great Depression. Knowing the value of hard work, she applied these lessons throughout her life.

Johnson graduated from East High School and the University of Utah, where she excelled in both math and science. A great pianist, she would often play at Liberty Park as a teen. To help pay for school, she worked in the accounts section of a large department store.

While at school, in 1944, she met a man who was also of Swedish descent and his name was Thomas Spencer Monson. They got married in the Salt Lake Temple on October 7, 1948.

The couple had three children together: Thomas Lee, Ann Frances, and Clark Spencer. Johnson was a woman of resilience and strength, who was content with what she had, and always put her family first.

She let her children raise Birmingham roller pigeons, a snake, dog, chicken, geese, and more. She encouraged her children to be compassionate towards others, which is likely why she allowed the snake to be kept in their bathtub!

Her daughter, Ann Frances (now Dibbs), said that her mother was a person who could fix almost everything in the house, from bikes to doll houses and nearly anything in between! She could find the best bargains. She also managed to not serve alongside her husband, while maintaining everything at home.

Johnson passed away on May 17, 2013 leaving being a loving family and treasure trove of happy memories. Frances Beverly Johnson’s death left a void not only in her family, but also those who met this benevolent lady. Though much controversy surrounds her husband within the Church and his harsh views on homosexuality, many in his congregation are mourning the loss of their great pastor.