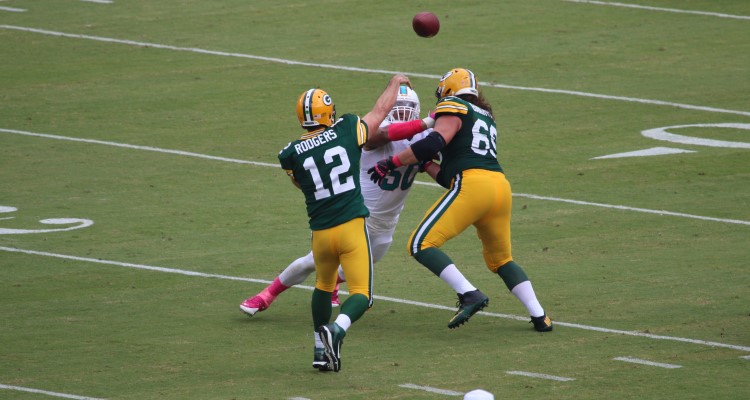 Just because all eyes are on the Rio Olympics right now, doesn’t mean it’s too early to start looking at the NFL power rankings for the NFL preseason! Die hard football fans who are looking for a season preview of the best teams are already searching for terms like, “NFL scores” and “NFL standings.” Luckily for you, we have all the information you need on our pick of the best teams for Week 2 of the NFL power rankings.

Now, we know it’s been a busy off season—at least for Tom Brady—but now it’s time to get off the bench and get back in the game. Below you will find our picks for the top five teams for the NFL preseason power rankings.

It looks like there’s a good chance of sunny skies in Arizona, because the Cardinals are at the top of the game! The Cardinals enter the season with the fewest question marks of any of the other team, but the team hasn’t faced this level of preseason prediction before. Could they really live up to all the hype that most fans and sports journalists are talking about? Only time will tell, but everyone’s opinion is different and at this point, it may be too soon to tell.

Though many probably think Jimmy Graham’s patellar tendon injury makes him and the team a risky fantasy prediction, the team is still pretty talented, despite any uncertainty. The Seahawks have a talented roster across the board and the team’s energy is amazing, both at practice and during a big game. They may not be the first pick on our list but they’re not too far behind.

Now, we know if Captain America actor, Chris Evans was writing this list, he would put the Patriots right at the top (please don’t hate us, Cap) but that’s just not the case here. The Patriots are, after all, Super Bowl champions and despite Tom Brady’s very public and controversial four-game suspension, the team is still the one to beat in the NFL. And due to the whole Deflategate situation, quarterback Jimmy Garoppolo has to hold the line, while Brady serves his four-game suspension.

Though the Packers scored their fewest amount of points since 2006 last season, we still have hope for them and so should the fans. The idea of a healthy Jordan Nelson and a physically more fit Eddie Lacy (who let’s face it, was in the worst shape of his career last season and only played 40 percent of the time) will hopefully have Aaron Rodgers and the team scoring the way fans remember.

Is it any surprise that the Panthers made it near the top of the list? After a 15-game win streak last season, the Carolina team have a tough act to follow—they’re own. But no team in NFL history has followed a 15- game winning streak with anything less than a 10-winning season, so there’s still hope. Josh Norman’s exit shouldn’t take away from an otherwise great defense, but the team still has to bring their A-game if they want to move up.

Check back with us as the 2016 NFL season progresses for more updates on which teams will move up in the NFL power rankings!