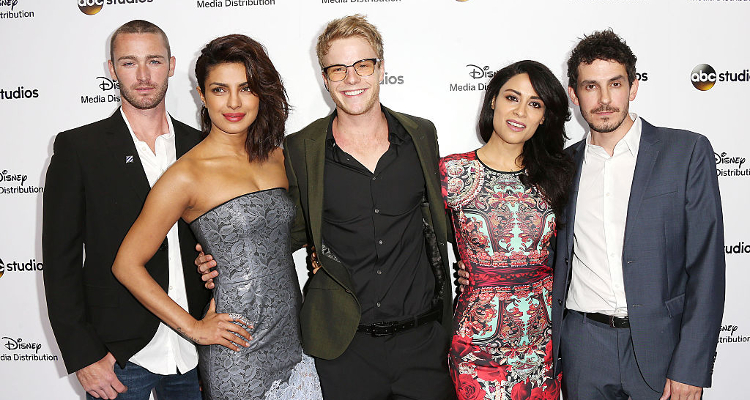 While you’re busy making New Year’s resolutions you know you’ll never keep—why not make a list of old and new TV shows to watch in Jan. 2017?  There are some new and returning TV shows in the new year that we think you need to see, and by the looks of things, your TV show schedule in January 2017 is looking pretty good!

With these TV shows’ premiere dates, Jan. 2017 is about to get a lot more eventful! If nothing else, it will give you an excuse to stay warm inside. Thanks to all the upcoming TV shows, 2017 will be a great escape from the hell that was 2016. Even Collateral Beauty star, Helen Mirren wasn’t impressed with this year, calling it “a big pile of s–t” on The Graham Norton Show.

Scandal is Back with an All-New Episode

TGIT is back, now that Scandal has returned! Olivia Pope and her gladiators in suits are ready to deliver more thrilling plots and schemes, as Olivia tries to get Mellie into the White House. Can she take on her mentor in the dark arts, Cyrus Bean? Scandal returns on Thursday, January 19 at 9:00 p.m. on ABC!

How to Get Away with Murder Is Back!!

Who killed Wes?! That’s the million-dollar question after the last episode revealed the show’s leading man to be burned to death in the fall finale! But who killed him before he was half-burned in the fire? Fans find out on January 19 at 10:00 p.m. on ABC.

Legends of Tomorrow Has a Surprise…

DC’s Legends of Tomorrow has a surprise for its fans: it’s moving to Tuesday nights at 9:00 p.m., following The Flash, on The CW. The new move comes after a schedule change for The CW network on Thursdays.

Quantico Returns with Some Answers! Finally!

Legends isn’t the only one getting a new time slot. With Conviction getting the axe, Quantico got switched to Mondays at 10:00 p.m., starting on January 23. Is Ryan really with the AIC?! So many questions!