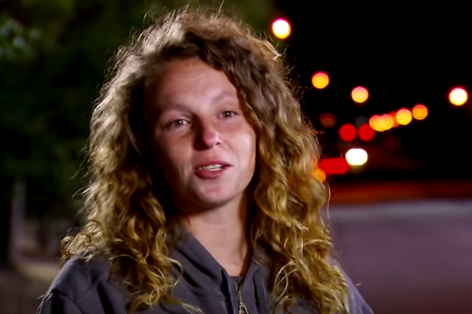 If you missed the Season 9 finale of Street Outlaws, then you missed quite a show! For those who remember Precious Cooper racing against Chuck, many were surprised by the outcome. When fans first saw the driver in Memphis, they didn’t know what to expect. Now that this season is finished (13 episodes sure to go by fast), fans are looking back to some of the show’s street drivers. If you want to know more about Precious Cooper, then you came to the right place.

Sisters are doing it for themselves! For those who couldn’t believe it, Precious Cooper the Memphis street race went toe-to-toe with Chuck, and the end of the race had a disappointing outcome for him. For those who know Chuck, he’s usually “smack-talking” and the night he went up against Precious (a young driver with something to prove), he ended up face first on the ground! Precious Cooper’s Street Outlaws debut came as a surprise, but she did what she came to do and proved that women can race just as well as men, if not better. The guys wasted no time congratulating her as she won with her 1966 Chevy, and even took the time to do a little victory dance before getting hugged.

If you’re looking for Precious Cooper’s husband, boyfriend or racing pics, then you won’t find them on Instagram. Her age and much about her is unknown, aside from the fact that she can drive without fear! She’s frequently featured on the show, but aside from that, she’s tight-lipped on her private life.

The finale was titled “Street Fightin’ Man” and the episode focused on the last race of the season, and everyone in the 405 looking to make it to the top. Not only that, on the big race night, some of the guys didn’t bring their cars, and plans to move up the list didn’t go so well for Doc and Big Chief.

In the finale, racing legend JJ “Da Boss” throws $60,000 on the race as a prize. The one rule is: There are no rules! The show is already dangerous enough, but this episode brought things to another level.

NHRA Cracking Down on Street Outlaws

Back in 2014, several National Hot Rod Association drag racers were warned not to reappear on “the worst idea for a show ever,” along with a warning of having their licenses suspended. The blog, Blackflag, goes deeper into their opinion about how “awful” the show is by Discovery Channel standards, not to mention that it promotes illegal and dangerous activity, despite the danger warnings. The disclaimers don’t completely protect the show and more than a few fans online believe that the show is fake, since it has its own EMS team and TV crew. Despite how many seasons and how big its fan base is, the show continues to be criticized and the dangers of drag racing are very real. Recently, during the NHRA New England Nationals, a race car blew up and caught on fire during the race! The driver, Courtney Force, was fine, but she still could have been injured or worse.