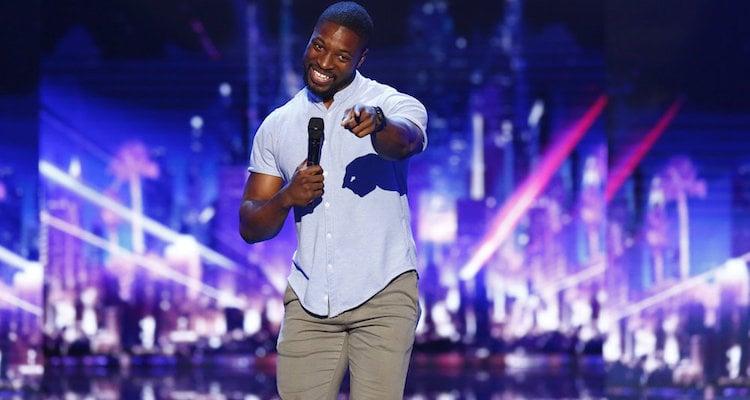 The season finale of America’s Got Talent is almost here and fans are anxiously waiting to see who the winner will be! While so many of the contestants are singers, many are looking for information on Preacher Lawson of America’s Got Talent fame. For more details on Preacher Lawson’s AGT  profile and chances of winning, we have just what you need.

Preacher Lawson’s age is 25 and he was born in Portland, Oregon but was raised in Memphis, Tennessee. According to his website biography, he moved 20 times before age 10 and considers himself from Orlando, Florida, since that’s where he grew up as a comedian. He is one of four children raised by a single mother and at one point growing up, they lived in her car! He started writing jokes at 16 and performed a year later as a bet between himself and his mother. In 2015, he won the award for Funniest Comedian in Florida, and the 2016 International Comedy Competition.

Could Preacher win the $1.0 million prize? Judge Howie Mandel already said that Preacher could be the next big hit in comedy and he already received four yeses from the judges since the very beginning. While the majority of the acts are singers, Preacher is the only one making the judges laugh and is one of the remaining 10 finalists. Season 12 wraps on Wednesday, September 20, at 8:00 p.m. EST, which is when the winner will finally be chosen. However, the final performances will begin tonight (Tuesday, September 19) at 8:00 p.m. EST on NBC!

Preacher has 75k followers and describes himself as a vegetarian who is also a fitness enthusiast, in case you couldn’t tell by his physique. He is often pictured on AGT but also showcases pics of himself with celebrities like the late Charlie Murphy and Jamie Foxx. Fans can also check out the Preacher Lawson YouTube channel for more jokes!

Who doesn’t love a guy that can make them laugh? Not only is it a great way to spend time but it’s a good workout for the abs, too! Preacher is dating singer Janine, and left a touching message about her on his Instagram page.

“Happy 1 year anniversary to the beautiful @janine to my left! Looking like the hulk slapped you with a SEXY STICK!!! I SEE YOU GUL!!! From the moment I saw you I said to myself ‘…that’s the girl I want to pay my rent…’ You are the most sensitive, kindest, sweetest person I’ve ever met…it’s so annoying! You’re also one of the most talented people I’ve ever met which is also annoying WHY DO YOU HAVE IT ALL!!! Thank you for being crazy supportive and helpful with everything I do. Love you lots [sic]”

As a black man in the U.S., it should come as no surprise that Preacher is supportive of the Black Lives Matter movement and has protested in the past for justice and equality.

“#BlackLivesMatter Definitely one of the greatest experiences I’ve ever had. I got chills from the amount of support. There were hundreds of people of all races. Majority being white people, which speaks volumes. It was nothing like most of the media portrays it to be. The cops were super nice and thanked us. Everyone was honking, wooing, waving, and some old lady said I was fine. Great day! [sic]”

Whether Preacher wins or not, fans will get a chance to see him on his comedy tour, starting from September 22 to February 9, 2018. All the information is available on his website and he’s also available for bookings.