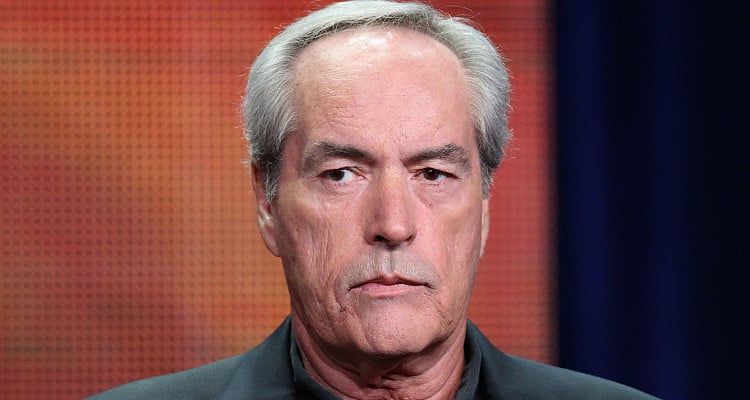 Powers Boothe’s career encompassed both films and television, as he played many memorable roles over the years. He died on May 14 in his Los Angeles home. With a net worth of $8.0 million and a gallery of colorful characters, Boothe is being remembered by all.

People are mourning the loss of actor Powers Boothe, who passed away on last night (May 14) in Los Angeles, California. Boothe was known for his memorable performances, like when he played Jim Jones in Guyana Tragedy: The Story of Jim Jones, TV detective Philip Marlowe in Philip Marlow: Private Eye, Cy Tolliver on Deadwood, and Vice President Noah Daniels on 24. One thing people want to know is how Powers Boothe died. Powers Boothe’s cause of death is said to be of natural causes as he passed away in his sleep. Keep reading for more details from Powers Boothe’s wiki.

Powers Boothe was born on June 1, 1948 on a farm in Snyder, Texas, to Emily Reeves and Merrill Boothe. He got a break in theater after graduating from Southwest Texas State University in San Marcos, Texas, going on to act in plays like Henry IV, Troilus and Cressida, Richard III, and Lone Star. Boothe started appearing in Broadway productions, as well. His performance as crazed cult leader, Jim Jones in the TV movie about the reverend’s life received widespread critical acclaim. Time magazine wrote, “There is one extraordinary performance. A young actor named Powers Boothe captures all the charisma and evil of ‘Dad,’ Jim Jones.” Boothe ultimately won the Emmy Award for this role. He would go on to have many more roles in his three-decade long career. At the time of his death, Powers Boothe’s age was only 68.

Also Read: Aziz Ansari’s Girlfriend: Who is He Dating?

Taking on a Wide Range of Roles

Actor Powers Boothe, well known for his roles in "Sin City," "Agents of S.H.I.E.L.D," and "Deadwood" has died at 68. He died of natural causes in his sleep, his publicist says. ? Valerie Macon/Getty Images

Boothe continued to act in both TV and films. With a long list of Powers Boothe’s movies and TV shows, there are nearly 70 credits to the actor’s name. Some of his films include, Southern Comfort, Red Dawn, A Breed Apart, Into the Homeland, and Nixon He was also in shows like Family of Spies, Web of Deception, True Women, Justice League, Nashville, and Agents of S.H.I.E.L.D. Boothe also lent his voice to video games like Area 51, Turok, and Hitman: Absolution. Because of his long career, Powers Boothe’s net worth was $8.0 million at the time of his death.

Powers Boothe’s wife’s name is Pam, and she was his college sweetheart whom he married in 1969. Pam and Powers Boothe’s kids are Parisse and Preston. According to his publicist, a private service will be held in his home state of Texas. Boothe’s friends, colleagues, and fans have expressed their condolences on social media. RIP Powers Boothe.