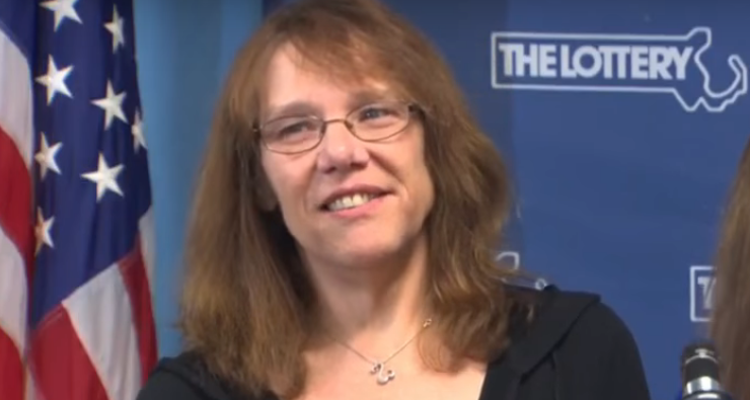 We have all imagined purchasing a lottery ticket and winning a hefty amount. However, one woman from Massachusetts is living the dream because she recently won the $758.7 million Powerball jackpot! What do you even do with that kind of money?! If you are wondering who won the Powerball lottery, then take a look at our Mavis Wanczyk’s wiki.

If you are wondering who Mavis Wanczyk is, keep reading. We have some details about the lucky Powerball winner.

Who is Mavis Wanczyk?

Wanczyk is 53 years-old and is a graduate of Springfield Technical Community College. She has a 31-year-old daughter and also a 26-year-old son.

For 32 years, Wanczyk worked at Mercy Medical Center, a hospital in Springfield. After winning the lottery, she revealed that she called the hospital and told them she is not going back to work.

She quit as soon as she found out. Would you give your boss 2 weeks notice if you were in her shoes? See full story and video by clicking on our BIO LINK above ???? Excerpt: "The prize was the second-largest Powerball payout in history, behind a $1.58 billion payout in 2016 shared by three winners. Mavis Wanczyk is the sole winner so she is the largest single winner in history." #MavisWanczyk #Powerball

It has been reported that Wanczyk’s husband, William, died in an accident last year. William Wanczyk passed away after he was crushed to death by a speeding pickup truck. His accident was a hit-and-run case.

William who was 55, was a former Northampton firefighter. In November 2016, at around 9:38 p.m., William was sitting at a bus stop when a truck swerved off the road and killed William.

Nine months after his death, his grieving widow won the Powerball jackpot with a stroke of luck.

Only lottery winner #maviswanczyk made history with her win for being the first in #AMERICA to do so. She just started her Instagram page. Here is her address. @#mavislwanczyk_ Now don’t go following her and commenting Congrats on her page like y’all friends. Lol! But congrats to her and all the best.

After winning the lottery, Wanczyk was introduced as the winner in a press conference Thursday morning. During the conference, she told the reporters, “Today, as I was driving here, I’m still like this isn’t true, this can’t be.” She further added, “And then now, it’s like ‘I am a winner.’ And I’m scared, but I’ll be OK. I’m just coming down from all that. I just want to be me, and be alone and figure out what I want.”

When she was asked how she will be celebrating it, Wanczyk joked that she would hide in her bed.

Talking about how she discovered she was the winner of the lottery, Wanczyk revealed that she found out Wednesday night while she was leaving work. Wanczyk’s friend Rob told her about the winning numbers.

Wanczyk said, “It’s never going to be me, it’s just a pipe dream I’ve always had.” She continued, “And he’s reading these numbers and I pull mine out and I go ‘hey, I have that …’ and he goes ‘let me see that ticket,’ he goes, ‘you just won.’”

Wanczyk is certainly surprised over the fact that all of a sudden she has become rich. Talking about her financial status, she said she has always been alright financially.

The first thing that Wanczyk is planning to do with all the money is to sit back and relax. She further revealed that she wanted to retire in 12 years, but it looks like her retirement has come early!

Talking about the numbers on her ticket, Wanczyk told the reporters, “My numbers are kind of basically random.” She added, “Like maybe birthdays, maybe one from here, one from there, I just, whatever could work. There’s a thing between me and my mom and my stepfather, and a friend, we all go out to dinner on Friday night and we play Keno and our number is 4.”

Wanczyk will take home the lump sum amount instead of the monthly payments. After tax deductions, she will receive somewhere around $336.0 million. It is surprising that a small stroke of luck can change your life, and Mavis Wanczyk is one such perfect example. Congratulations to the Wanczyk family!