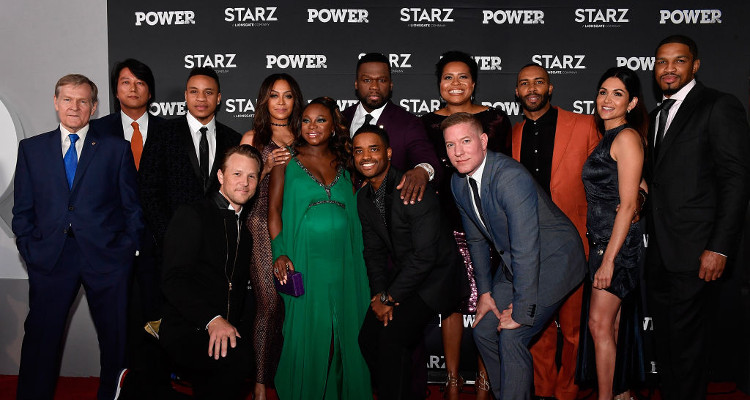 Power fans are rejoicing right now. After all, Ghost is free! The latest episode of the mega-popular TV show finally let fans see James St. Patrick being released from prison. If you haven’t caught up with the show so far, proceed with caution as there are spoilers ahead.

Starz’s Power is never one to disappoint. Last night’s episode saw James “Ghost” St. Patrick a free man. Now that Ghost is out of prison, tensions are high as people try to guess what’s going to happen. For those of you who can’t wait, we’ve got a quick recap of “Don’t Thank Me” and Power season 4 episode 6 spoilers right here.

Angela Valdez (Lela Loren) has figured out that James (Omari Hardwick) is innocent —at least of Knox’s murder. So she now has to stop the prosecution of an innocent man. Pax is reluctantly willing to help her, but Sandoval is still convinced that James is a killer. Meanwhile, with Joe Proctor (Jerry Ferrara) ordered off the case, James has to rely on Terry Silver to fight for him.

Silver tells James’ wife, Tasha (Naturi Naughton) she’s the only one who can get her husband out, that is by testifying in court. She texts Tommy (Joseph Sikora) about it, but with the pressure from LaKeisha and Tasha’s text, he reaches a breaking point and confesses to Proctor that the weave shop was a front to clean the money, naming Tasha and LaKeisha as accomplices.

Simon Stern, who took over Truth nightclub, pays James a visit in prison offering financial help. But James turns him down. A more receptive visitor is Angela who gets the story about his fingerprints on Knox’s window from James. Meanwhile, an exchange between LaKeisha, Tasha, and Tommy makes him spill his part in killing Holly.

At the hearing where Tasha arrives with the kids, Sandoval submits evidence of transaction between Tommy and Ghost which looks like a pay-off for killing Lobos. Silver tells James that he has to hire a team of experts to gather evidence that the prosecution ignored. But to hire a team that would help him get acquitted requires money, and James’ assets are frozen.

He hits the prison gym where he’s cornered by Marshall Clyde Williams, who thinks his transfer is because of Ghost. Williams talks smack about Tasha which is his undoing. Ghost bashes his skull in with a weight plate, killing him right there. Tony, who provoked Williams, switches sides and kills his accomplice to shift the blame off James and make it look like a murder-suicide.

As if he didn’t kill the marshall earlier, James is back in court. Angela testifies about the mishandling of the investigation by her team. An angry Maks turns everyone against her by revealing her past relationship with James. Nevertheless, the judge throws out the charges against James. So he’s now a free man! Angela may be out of a job, but she’s going to find Knox’s killer one way or another.

But the St. Patricks aren’t in the clear yet. There is the possibility of further prosecution and Ghost needs solid evidence by then. This makes Tasha turn to Simon Stern for help, which doesn’t look too good for her. Right before he leaves prison, James also suspects Tony may be related to Tommy.

The official synopsis for Power season 4 episode 6 titled “New Man” is out. James is back to Truth a free man, but the happiness is short-lived. The synopsis reads, “Ghost finds himself trapped in a new business venture.” This could have something to do with Stern who temporarily took over the nightclub.

While Tasha and LaKeisha make plans to reopen the weave shop, Tommy is in Chicago for an in-person meeting. But something sinister waits for him there. Tommy’s fate is still a mystery, but it’s Kanan we have to watch out for.

With Ghost out of prison, Kanan (50 Cent) and Jukebox (Anika Noni Rose) are setting off on their own plan to deal with James and his son, Tariq. The synopsis says that Ghost goes on a wild chase to save Tariq. Which means Kanan probably succeeded in kidnapping James’ son.

Next week’s Power will be tense. Don’t miss Power Sunday nights at 9:00 p.m. EST on Starz and check out the preview for episode 6, “New Man” below.