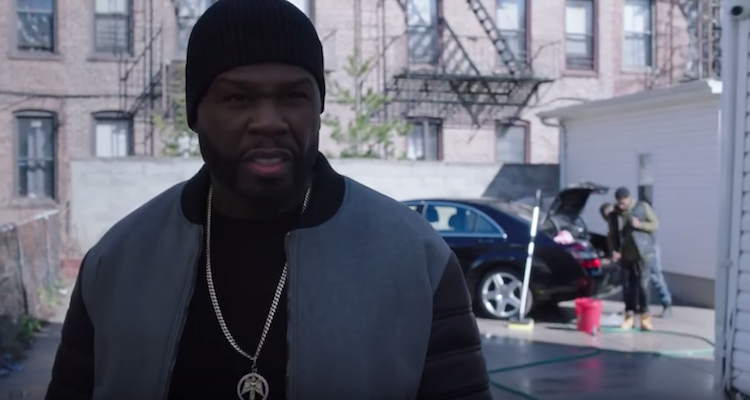 Did you take the day off after Power‘s “That Ain’t Me” episode? We wouldn’t blame you if you did, because the shock many are still reeling from may require a day of rest! If you haven’t seen the episode yet, then stay clear of our Power season 4 spoilers, and our Power season 4, episode 10 spoilers! If you need a Power season 4 recap and maybe a few spoilers on the next episode, then keep reading to learn more!

Not everyone appreciates Power‘s 2017 spoilers, but there are many who just can’t wait to see what happens next for Ghost and his family. It’s not easy juggling two different lives, and sometimes that involves juggling two different women! We have seen Ghost go through his fair share of trials (literally) and are now coming to the end of the season. Once again, it seems like the St. Patricks and those around them won’t have a happy ending.

Where do we even begin with what happened in the penultimate episode of Power‘s fourth season? The episode had a few plot twists and had us questioning everyone’s motives now more than ever. Let’s focus on the biggest shocker of the night that took place at the end of the episode. Tariq’s short-lived career in the drug game came to a close and claimed the life of his twin sister, Raina! Not the twin we were expecting to take a bullet, but we all knew that it was coming.

For those of you don’t remember, Kanan’s deceased cousin, Jukebox, was working with a dirty cop named Ray Ray and he’s been looking to tie-up loose ends. Tariq is still hiding from Brainz after that botched robbery/murder and Tariq is the only witness but was also an accomplice. Ray Ray meets up with Brainz and his partner to find out what happened and after Ray Ray told him who Tariq’s father is, Ray Ray instantly shoots Brainz in the head (fitting, right?), and then his partner. We expected it but at the same time, we didn’t! It all just happened so fast! Ray Ray showed up at Tariq’s school in his cop uniform and was escorted to Raina’s class to find Tariq, but no luck. Tariq is already planning on going to a private school in Connecticut (which was Raina’s idea) as an escape from his problems but to be honest, the kids should’ve been living in Connecticut since season 1, given their parents’ drug ties. We don’t even see their baby sister, who’s the real ghost if you ask us. (Seriously, we saw that kid once this whole series!) Tariq and Raina go to a school dance and his “girlfriend” (who happens to be Ray Ray’s cousin) is forced to lure Tariq outside with a text, but of course, it wasn’t really her texting. When Tariq figures it out, he runs from Ray Ray and hides. Raina comes out and tells him to leave her brother alone and in order to cover his tracks, Ray Ray shoots her in the chest without hesitation. At this moment, viewers hate Tariq even more for letting his sister take a bullet for his cowardice and stupidity.

In the season 4 finale, “You Can’t Fix This,” Tariq is in tears over the death of his newly deceased sister, and both Tommy and Ghost take measures to avenge her death. Will Tariq come clean or will Ghost and Tommy have to kill every drug dealer until they get the answer they need? Raina’s death rocks the entire St. Patrick household and brings them all together to grieve the loss of their innocent child. It’s really a reflection of the neglect that both Ghost and Tasha have inflicted on their family and since the beginning, they’ve only been looking out for themselves, Ghost more than anyone. Expect Ghost and Tasha to fight over the loss of their daughter and how it’s something he can’t fix. Ghost has to deal with Stern, the strings that come with working with Tate and now this.

Tommy has been unstable this whole season since he killed Holly (and found out that Teresi is his father), and now that Dre has successfully taken over the drug business after burning the product, he’s free to expand without Ghost and Tommy knowing. Let’s not forget that he tried to have Kanan killed but the two hit men failed. Looks like Kanan may just live forever, or at least long enough to kill Dre, but he may have to get in line. Expect Angela to pay her respects to Ghost and we can only imagine what she’ll do next in her new position as Head of Criminal Investigation. Power‘s season finale returns on Sunday, September 3, at 9:00 p.m. EST on Starz.