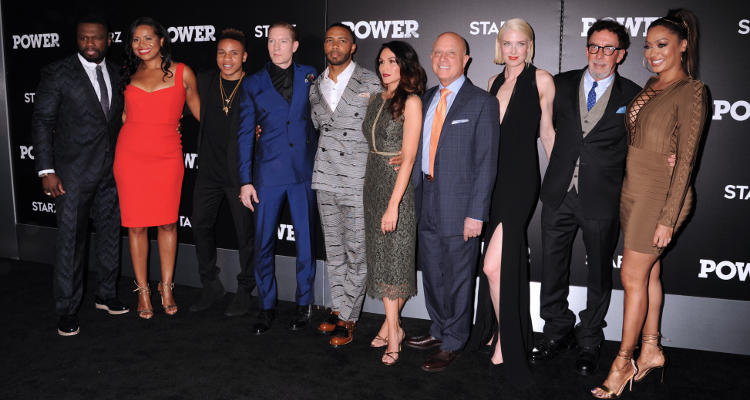 It’s time for Power fans to stop whatever it is they’re doing and tune into Power season 3 episode 3, as it airs Sunday on Starz. The hit TV show, surprised everyone with its success, as it was reported that 3 million people watched the season 3 premiere episode. For all those wanting to know what happens next on the series and are Googling, “power season 3 episode 3 spoilers,” don’t fret; you’ve come to the right place! We’ll keep you posted on all the latest developments on the hit show.

Watch the trailer for this weeks’ episode of Power s03e03, only on Starz:

Watch the stellar Power cast do what they do best, on season 3 episode 3 titled, “I Got This On Lock,” at 9:00 p.m. EST on Sunday, July 31 on Starz. Judging by the trailer, the episode promises to be even better than the last!

If you’re wondering how you can watch Power s03e03 online, then we’ll tell you the easiest way to catch up on the crime drama. You can tune into the series on the Starz website, although you can’t live stream it. If you wish to checkout the season 3 premiere episode, it’s still available on the site.

On Power s03e02 titled “It’s Never Over,” we witnessed Ghost (Omari Hardwick) tie up loose ends in his life while having to deal with competition. His failed attempt at eliminating the drug distributor, Lobos (Enrique Murciano), and a new desire to turn his life around, has placed Tommy at the top. Tommy (Joseph Sikora) confronted Tasha (Naturi Naughton), who was dealing with her own demons; she has to learn to coexist peacefully with Angela (Lela Loren). Meanwhile, Tommy gained a new adviser.

Coming up on Power…

Spoiler Alert! Tommy forms a new alliance with Tasha. The promo showcases Tommy gathering the resolve to fight his arch nemesis, Ghost, once again. Will Ghost’s true love Tasha, be his shield of protection? What is Angela going to do? As the old saying goes, hell hath no fury like a woman scorned! The major plotline of this season of Power is whether or not Tommy can kill his friend-turned-foe. Will Ghost die at Tommy’s hands? Only time will tell, so don’t forget to watch this week’s episode of Power only on Starz!