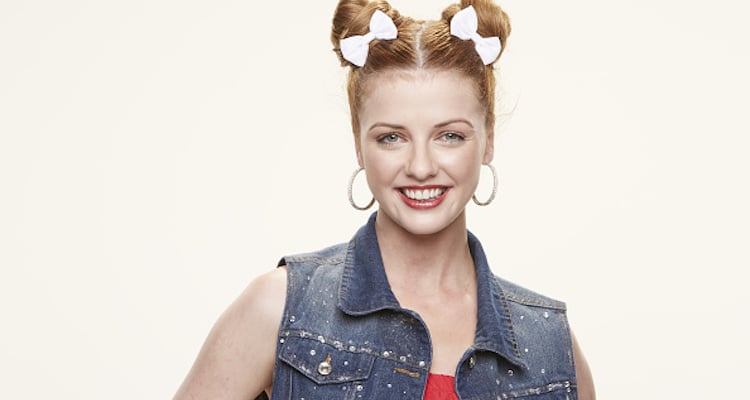 Fans of the reality television show, Big Brother were excited to meet this season’s cast, and now that things are rolling, people are asking about Big Brother’s Raven. After she cozied up with Matt in a previous episode as they gossiped together in the hammock, people definitely want to know more about the fiery redhead. Well, we’ve got the answers you’re looking for! Check out our Raven Walton wiki to learn more.

A bunch of strangers have moved into the Big Brother house to compete for half a million dollars and a head full of pride. One of those fresh faces on the BB 19 cast is Raven. She’s a huge fan of the show, and has been watching with her mom since she was a preteen. She’s also a competitive woman, and it already looks like she’s ready to take the game head-on! Unlike many contestants on shows like this, Raven is all over the Internet. From her social media posts to recently released interviews, there’s a lot to share about this quirky lady.

She may look small but this girl is a physical threat! BB 19’s Raven is one serious dancing queen! On Raven Walton’s Instagram (@walton_raven) you will find photos of her dancer’s physique, and videos of her routines, as well. She’s flexible, determined, confident, and competitive—all traits that make her a challenging opponent on Big Brother. Raven also has a strategy for her time on the show. “I’m gonna be very observant,” she revealed in an interview. “I’m gonna try and pull some puppet strings quietly. I don’t want to make big moves and put the target on my back.” She also revealed that she intends to “lay low,” play the others until it’s time to make her move, and “back stab to make it to the end.”

On a more serious note, Big Brother’s Raven’s disease is one area the contestant has been open about. She suffers from gastroparesis, also known as delayed gastric emptying. It slows or stops the movement of food in the digestive system from the stomach to the small intestine. In a healthy person, the muscles of the stomach would contract to break up the food and move it through the gastrointestinal (GI) tract. Enzymes and hormones released during this system further help the digestion of food. For gastroparesis patients like Raven, this process does not work. The stomach muscles don’t function as they should, meaning her food cannot always be digested properly, or at all. Thanks to a pacemaker in her stomach, she has help to properly digest her food so she can perform her best during the show, and in her dance competitions!

Single and Ready to Mingle

Raven Walton’s age is 23, and she has made it clear that she is not in a relationship, so as she goes forward with the show, fans can expect to see Raven get her flirt on. Although getting into a relationship isn’t the first thing on her list, she never said flirting was out of the question!

But when it comes to dating, Raven doesn’t fool around. Although she might enjoy the fun of living with a bunch of strange men for a while, she is serious when it comes to relationships. On her Instagram, she shared a list of things any man needs to know if he wants to be with her. One of these includes, “I know a lot people my age loooove to party but I don’t at all. I am not into to getting wasted and not remembering what I did! I have an old soul I am a responsible adult. I run a business I don’t have time to live like I am in high-school. [sic]”

It looks like this firecracker is confident, sure of herself, and ready for the competition! Good luck, Raven!