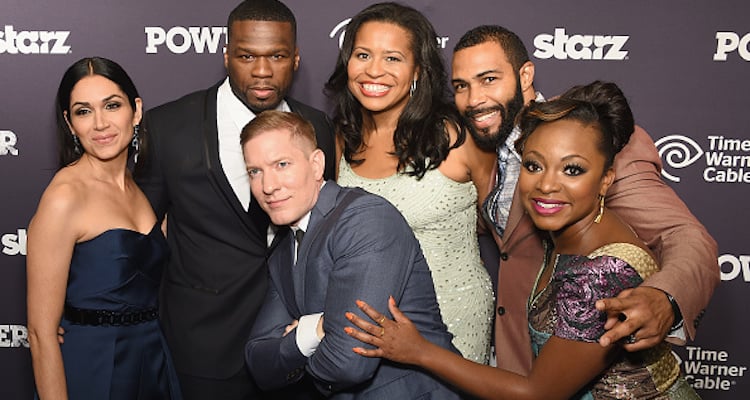 Are things going to get worse for Ghost? Of course they are! If they didn’t, what kind of season would we have? Things are going to get worse, but the real question is “How much worse?” If the Season 4 premiere got you in the mood for Power Season 4, episode 2 spoilers, then get your fix, right here!

What Time Does Power Come On?

The best show of the summer is back and it’s not taking any prisoners, except Ghost that is. But we have a feeling he won’t spend the whole season in jail and his very own Prison Break is well underway. You can catch Power‘s second episode titled “Things are Going to Get Worse” on Sunday July 2 at 9:00 p.m. EST on Starz. You can also watch Power‘s Season 4 live stream on the official Starz website.

You can watch Power‘s Season 4, episode 2 online via the official Starz website.

If you need a recap before you spoil yourself any further, then don’t worry, because we have you covered. A lot happened in the Season 4 premiere, so we actually need to break it down for you so we don’t miss anything! You ready?

Ghost had the city on lock, but now he's no longer in control. #PowerTV returns 6/25 on #STARZ. #WhoWillTurn

From Fast Cars to Behind Bars

First of all, Ghost is too pretty for prison but it’s fine, he can handle himself, physically anyway. Mentally, prison is a different world and Ghost finds that out the hard way. Thanks to his mistress-turned-girlfriend, Angela (who’s now his ex-girlfriend), who arrested him last season on a cop-killing charge, Ghost has a target on his back and all the inmates and guards (including the late Charlie Murphy) are giving him a hard time. All Ghost is worried about is seeing his kids, but Proctor reminds him that his first concern needs to be posting bail. Tasha is already freaking out about who has Tariq, but Ghost uses one of his burner phones to call Proctor to loop Tasha in on the plan. Don’t worry, Tasha didn’t mention her kidnapped son—that’s the last thing Ghost needs to hear! Sadly, by the episode’s end, Ghost is still wearing that unflattering orange jumpsuit and we wonder if his tux is already being sold on eBay.

Tasha also has to hold it together with the Feds and clapback at Angela while they search her home. And she needs to come up with $2.0 million in clean money to post Ghost’s bail, but he already emptied their stock! Good thing for him he’s locked away from his wife! In the end it doesn’t matter because John Mak, a new District Attorney, denies Ghost bail!

Tariq (middle name) St. Patrick, where have you been?! Thanks to a tip from Dre, Kanan lets Tariq go, playing off the whole kidnapping thing as a joke made up by him and his friends—but Tasha knows better. Tariq was asleep through it all, so he has no idea how much danger he was in and then Kanan gives him a burner phone to keep in touch. Oddly enough, Dre comes in like a white knight and brings Tariq home, which gets Tommy’s spidey senses tingling, because everyone and their dog couldn’t find the kid all throughout Manhattan! Tommy should be suspicious because Dre is under Kanan’s thumb, after Kanan threatened to kill his daughter and is playing both sides like Mata Hari. Does he know that she dies in the end by a French firing squad?

Girl, Where Have You Been?!

Yes! Lala Anthony‘s character, LaKeisha, is in fact alive! We thought Tommy killed her as per Milan’s instructions, but it turns out that Tommy just hid her away somewhere. Now that Milan is dead (since Ghost and Tommy shot him in the face) LaKeisha can go home.

On the next episode of Power, Ghost’s lawyer, Proctor, is doing everything he can to keep his client safe from harassment; The team discusses their plan to take down Ghost; Tasha talks to the kids about what’s going on with their father.

Tommy is still dealing drugs with his “business as usual” attitude and later down the line, Ghost meets an old enemy in jail and is in the fight for his life, literally!

Only one question remains. Who will turn? #PowerTV returns 6/25 on #STARZ.