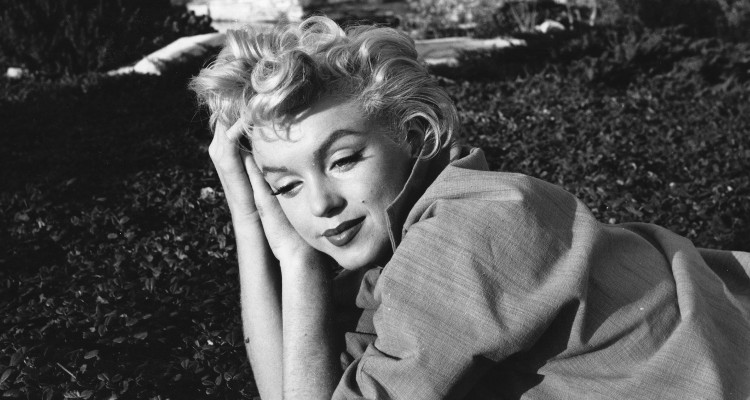 Marilyn Monroe, Hollywood’s brightest star, broke barriers for actresses and established herself as a sex symbol. Just her face on the first Playboy cover alone sold 50,000 copies of the magazine’s first issue.

In 1953, Hugh Hefner borrowed money from family and friends, compiled high-profile stories and interviews, put them together with pictures from Marilyn Monroe’s nude calendar photo shoot, and started Playboy magazine. She became the magazine’s first “Sweetheart of the Month,” launching the magazine’s success in making sexuality a mainstream topic.

Hefner never met the actress, but she obviously had a special place in his heart. In 1992, he purchased the burial spot next to Monroe’s in L.A.’s Westwood Village Memorial Park Cemetery for $75,000. And now that Hefner passed away, he will be buried next to the muse he dedicated the immediate success of Playboy to. Find out why Marilyn Monroe was a true sweetheart of her generation in Marilyn Monroe’s wiki.

Born Norma Jeane Mortenson, a young Marilyn Monroe grew up not knowing the identity of her father. Her mother, Gladys Baker, initially placed her in foster care until she was financially stable.

Gladys Baker was finally able to afford a home and lived with her daughter. But after a few months, Baker had to be committed to a care facility following a schizophrenia diagnosis, and Monroe lost contact with her mother.

After a rough childhood, Monroe married Jim Dougherty at the age of 16. She described that marriage as boring. And when he joined the Merchant Marines, Monroe decided to earn her own income working at a factory. There, she was discovered by a photographer who encouraged her to become a model.

Defying her husband and in-laws, Monroe moved out Dougherty’s home, signed a modeling contract, and dyed her hair from brunette to blonde. At first, she was the ideal pinup model. But her hardworking zeal encouraged the agency’s owner to introduce her to an acting agency.

Paramount Pictures rejected her and 20th Century Fox almost did too. But to prevent a rival studio from signing her, she was signed by 20th Century Fox and adopted the name Marilyn Monroe. She divorced Dougherty and embarked on her career.

After singing, acting, and dancing classes, as well as getting acquainted with the film industry, Monroe earned short speaking roles in movies. After her contract wasn’t renewed, she was determined to make it work as an actress.

Monroe’s first major acting role was in All About Eve. She worked in more moderately successful movies but gained more visibility as well. But she was typecast for her sex appeal.

Clash by Night showed she had some serious acting prowess. But it was her femme fatale character in the film noir Niagara that helped her become a bankable actress.

But it wasn’t until the release of The Seven Year Itch with the image of Monroe in the iconic white dress flying as she stood over a steel grate that she really became a megastar.

It was rumored that while Monroe was at Fox, her hair was bleached platinum blonde and her hairline was extended using electrolysis. Some of her benefactors even paid for cosmetic procedures to advance her career.

The four-inch stiletto became a major trademark of her appearance. And her iconic sashay was the result of making one heel shorter than the other.

Her romance with New York Yankees’ Joe DiMaggio, as well as the nude calendar and being voted as American soldier’s favorite pinup girl made her a sex symbol. She furthered that image with her fashion choices of revealing dresses and telling gossip writers she wore no underwear.

Monroe was tired of being typecast and not able to choose her own projects. And, when Fox suspended her, she built up publicity to counter negative press.

She married Joe DiMaggio in 1952. But when her Seven Year Itch photograph made her internationally popular, DiMaggio couldn’t contain his jealousy. He was reportedly physically abusive to Monroe.

Just before the release of the iconic movie, Monroe divorced DiMaggio. But despite her divorce proceedings, she continued her relationship with him.

She also dated actor Marlon Brando and playwright Arthur Miller. She married Miller, but their marriage was dubbed mismatched—Hollywood’s brightest star and an intellectual. They lived in separate cities owing to work, and Miller often traveled to where she was. After several failed pregnancies and her drug problems, the couple divorced.

Personal and professional problems led Monroe to use medication to control the anxiety and insomnia. She earned the reputation of being condescending and difficult on film sets. She never had any children, but according to some reports, she got pregnant and miscarried owing to her drug use.

It was alleged that she had to terminate another pregnancy in 1957 and miscarried a year later. A lifelong problem with endometriosis was the cause of her pregnancy issues. She was also briefly hospitalized after a barbiturate overdose.

Her difficult persona on sets led her to lose the starring role in Breakfast at Tiffany’s, which went to Audrey Hepburn. She completed her last movie, The Misfits battling health problems. Her drug and health problems cost her work and productions to lose money.

On August 5, 1962, Monroe’s housekeeper at her Brentwood home called her psychiatrist when the actress didn’t open her bedroom door. When Dr. Ralph Greenson broke into the bedroom, he found Monroe dead on her bed. Acute barbiturate poisoning was the official cause of death.

Due to her past episodes of drug overdose, authorities ruled her death as a probable suicide. Her death made international front page news, but her funeral, arranged by DiMaggio, was a private affair.

After her death, her Brentwood home was sold and resold at almost $7.3 million. One of the copies of her first ever Playboy issue was auctioned for around $2,700 in 2015.