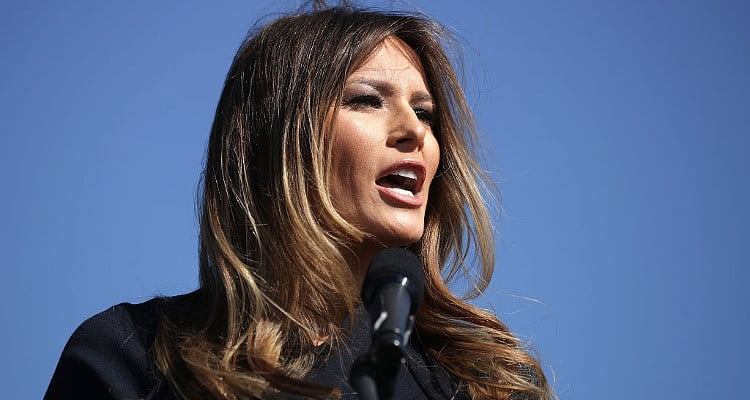 It seems like controversies never cease when it comes to the Trump Presidential campaign, and the latest in the line of numerous gaffes is that his wife and potential First Lady of the United States, Melania Trump, has been accused of plagiarizing the First Lady of the United States (FLOTUS) Michelle Obama’s Democratic National Convention (DNC) speech. For those who are searching for, “Did Melania Trump copy Michelle Obama’s 2008 DNC speech?” “Melania Trump DNC speech full transcript,” “Melania Trump DNC speech video” and “Republican National Convention 2016,” you’ve come to the right place. We will give you all the information you’re looking for.

46-year-old Melania Trump is facing accusations that her highly anticipated Republican National Convention (RNC) speech was copied from Michelle Obama’s 2008 address. So, did she or didn’t she? Born in Slovenia with a humble background, she was describing the values her parents instilled in her. Here’s the paragraph in question so that you can decide for yourself:

“From a young age, my parents impressed on me the values that you work hard for what you want in life: that your word is your bond and you do what you say and keep your promise; that you treat people with respect. They taught and showed me values and morals in their daily life. That is the lesson that I continue to pass along to our son. And we need to pass those lessons on to the many generations to follow. Because we want our children in this nation to know that the only limit to your achievements is the strength of your dreams and your willingness to work for them.”

“And Barack and I were raised with so many of the same values: that you work hard for what you want in life; that your word is your bond and, you do what you say you’re going to do; that you treat people with dignity and respect, even if you don’t know them, and even if you don’t agree with them. And Barack and I set out to build lives guided by these values and pass them on to the next generation. Because we want our children—and all children in this nation—to know that the only limit to the height of your achievements is the reach of your dreams and your willingness to work for them.”

Well, the transcripts speak for themselves and, it’s evident from the striking similarities between the two speeches, that Melania did a little more than read over Michell Obama’s speech.

“If you want someone to fight for you and your country, I can assure you he is the guy. He will never, ever give up and most importantly he will never, ever let you down. Donald is and always has been an amazing leader. Now he will go to work for you.” She continued, “His success indicates inclusion rather than division. Donald intends to represent all the people, not just some of the people. That includes Christians and Jews and Muslims. It includes Hispanics and African Americans and Asians and the poor and the middle class. Throughout his career, Donald has successfully worked with people of many faiths and with many nations.”

The former model claims that she wrote the speech herself, saying, “I wrote it, with as little help as possible.” At this point, it is unclear as to who wrote her speech. As per the norm, campaign aides write convention speeches.