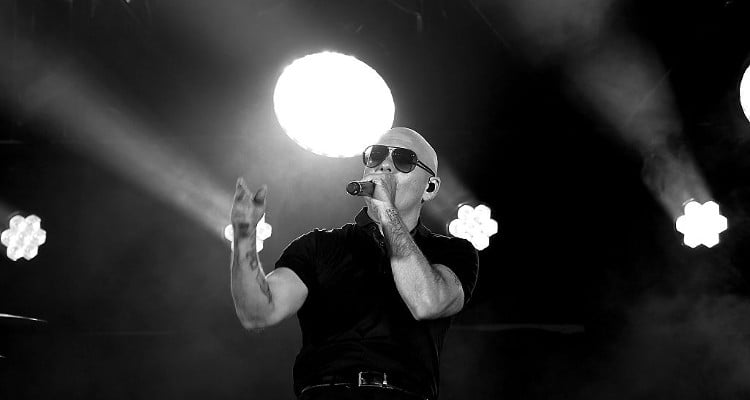 Guess what! Pitbull is one of the MTV Movie Awards 2017 performers! Mr. Worldwide himself is going to perform at the 2017 MTV Movie & TV Awards, and we think it’s going to be LIT! The 36-year-old rapper will hit the stage with Camila Cabello and J Balvin. The Latino trio will perform their hit “Hey Ma” from The Fate of the Furious soundtrack.

Pitbull was supposed to headline the New Orleans Jazz and Heritage Festival on April 30, but due to severe weather and flight safety reasons, he failed to make to the Jazz Fest 2017 in New Orleans.

On another note, “Safari” singer J Balvin gave a preview of his performance for the MTV Movie Awards 2017 with Pitbull and former Fifth Harmony member Camila Cabello saying, “It’s going to be fire, you know, it’s the Latin vibes.” We have no doubt!

The chico's still the same, some things never change

Among other MTV Movie Awards 2017 performers are Bea Miller, All Time Low, and Zara Larsson. Big Sean will belt out his single, “Jump Out the Window,” while Noah Cyrus will be singing “Stay Together.” Adam Devine will host the show, live from the Shrine Auditorium in Los Angeles.

It’s going to be one big day for the Fast & Furious franchise. From a performance of “Hey Ma” from The Fate of the Furious soundtrack, to the franchise receiving the Generation Award, they have a lot to celebrate. Vin Diesel is reportedly accepting the award, alongside his costars Michelle Rodriguez, Tyrese Gibson, and Jordan Brewster. The eighth installment of the Fast & Furious franchise is currently the highest grossing movie of the year, and the franchise itself as a whole deserves the recognition.

The award show will be held at the Shrine Auditorium in Los Angeles on Sunday (May 7), at 8 p.m. EST. Comedian and actor, Adam Devine will be hosting the event, and it is not one to be missed!