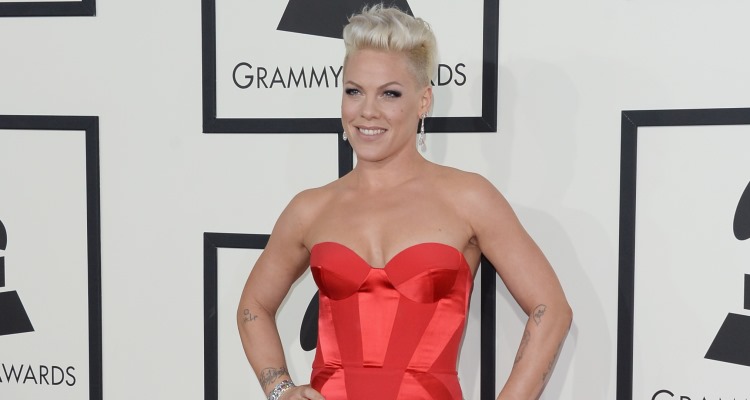 Is Pink’s new album 2017 ready? How long will fans have to wait for Pink’s upcoming album 2017? So many questions and so few answers, so we’ll aim to get to the bottom of the status of Pink’s new songs right here!

Fans have been wondering about Pink’s new album for months now and we’re not sure how much longer they can wait on the “Just Like Fire” singer! If you want the status of Pink’s new songs 2017, then scroll down, because we have what you need.

Catch my music video for #JustLikeFire on the big screen when you see Alice #ThroughTheLookingGlass this weekend at Regal Cinemas!

When Will Pink’s New Album Be Out?

Fans haven’t heard a new album from the 37-year-old hit maker since her 2012 album, The Truth About Love. Pink has sold over 40 million albums over her long-running career, and there’s no sign of her retiring anytime soon. But fans still want to know when they can receive the gift of a new Pink album! Is Pink in the studio secretly recording? Is she writing music in between breast feedings and diaper changes? No one knows what she’s doing musically, but fans have been circling her Instagram for clues, like vultures circling from above.

Pink’s newest album was supposed to be released in November 2016, but as you can see, she’s past her deadline. All fans got from her was her hit single, “Just Like Fire,” which was part of the soundtrack for the film, Alice Through the Looking Glass. The “True Love” singer also released a single last year titled “Today’s the Day,” which happens to be the main theme song for the latest season of Ellen.

@theellenshow that was a major surprise!!!!! We won an Emmy!!!!! I didn't think that was something I would ever say in this lifetime. Now I need a rap Grammy. Tune in tomorrow y'all! #weloveellendegeneres

So far there’s nothing but tumbleweed and cobwebs on Pink’s website, suggesting that nothing new is coming up from the singer. The site does encourage fans to look at some of her videos with various links, but she knows what the people want—the people want a new album they can use to get inspired, get in the mood, and get crazy!

What Has Pink Been Doing Lately?

There is one pretty good reason why Pink hasn’t put out any new songs lately: she was busy creating life! On December 26, the singer gave birth to a boy named Jameson Moon Hart and announced his arrival to the world on Instagram. She and her husband, Carey Hart are also parents to 5-year-old daughter, Willow Sage Hart.

Pink captioned Jameson’s birth, “Jameson Moon Hart 12.26.16,” to all 1.4 million of her followers on Instagram.

As far as celebrity names go, Pink chose well and she has one of her favorite drinks to thank for the inspiration, as well as family.

In a 2010 interview with Access Hollywood, Pink explained, “My dad’s name is James, and my brother’s name is Jason. [Carey and I] are both Irish, Carey’s middle name is Jason, and Jameson—we like whiskey. That’s a no brainer.”

Although pink hasn’t been releasing any music lately, it’s obvious that her priorities are more focused on her family’s well-being and not her music. Both are important, but we see that there’s a new No. 1 in town.

“I love being a mama,” Pink explained on Good Morning America. “I made a choice a long time ago that I was going to have a successful family and that is my absolute number one goal in life.”

Hopefully fans can wait a little longer for Pink to release a new album or at least deliver the news of an upcoming album release date! In April 2016, Pink took to Instagram to tell her fans that she’s working on new music, but no follow up has been mentioned since. Fans will just have to be patient and see what happens next!