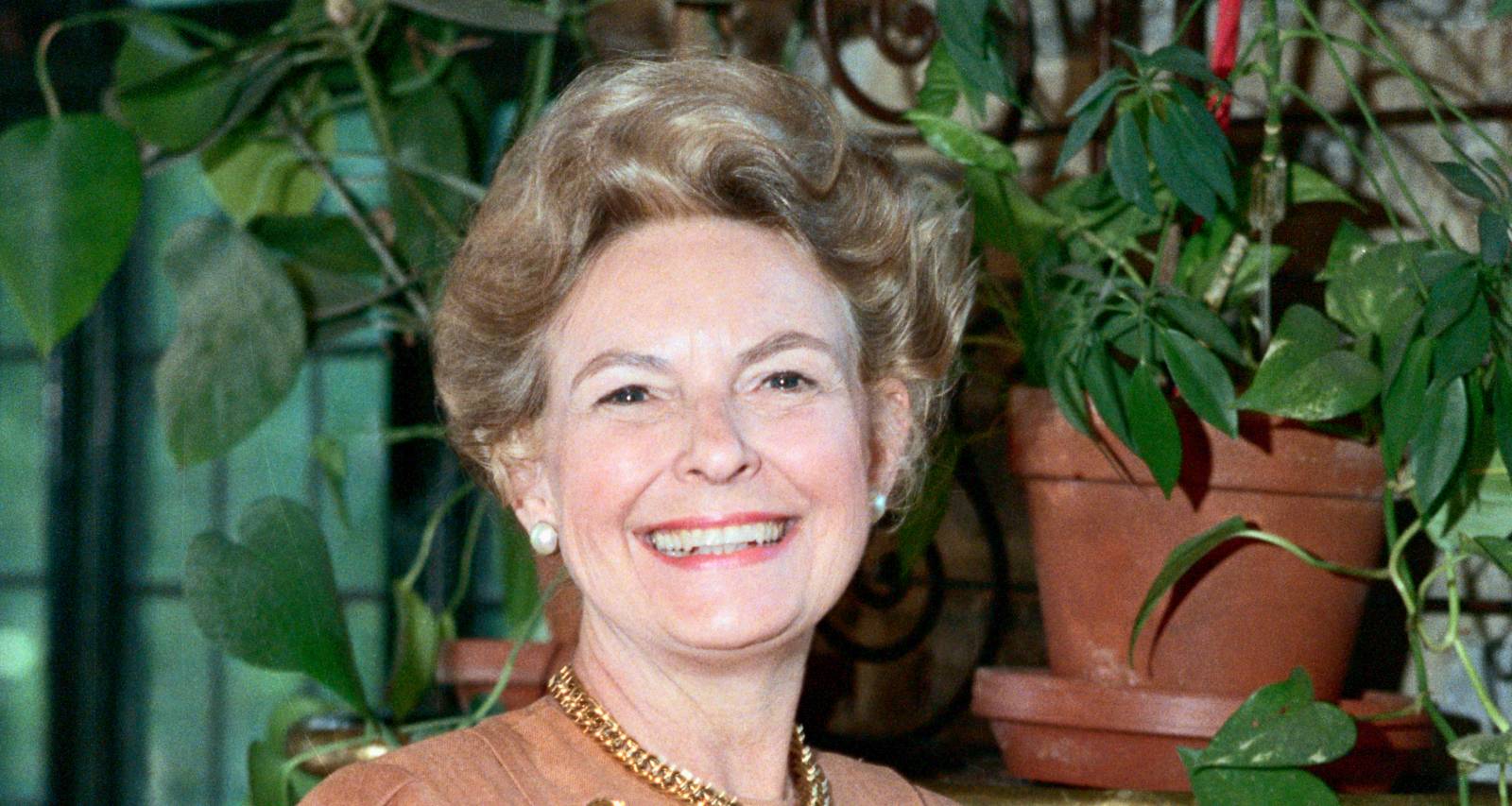 Phyllis Schlafly, seen at home holding a pillow saying "STOP ERA," credited with singlehandedly killing the Equal Rights Amendment. Schlafly, the strident STOP describes herself as a housewife and calls her strenuous political career a "hobby".

Schlafly had four sons and two daughters- John, Bruce, Roger, Liza, Andrew, and Anne Cori- with her husband Late John Fred Schlafly Jr. Schlafly’s net worth has increased considerable in 2016. It is estimated to be around $2.4 million.

Schlafly was a staunch opponent of the Equal Rights Amendment(ERA) during the ‘70s. She organized the ‘STOP ERA’ campaign where STOP stood for ‘Stop Taking Our Privileges’. She was of the opinion that ERA would take away gender-specific privileges currently enjoyed by women, including “dependent wife” benefits under Social Security, separate restrooms for males and females, and exemption from the Selective Service (the Army draft). ERA was narrowly defeated having achieved ratification in 35 states only. Schlafly held a grand celebration following her victory.

A staunch Anti-feminist, Schlafly’s critics pointed out her position as a working woman opposing women venturing in non-traditional professions like combat is contradictory. She has always advocated traditional gender roles and opposed equal rights. Here are some of her quotes showing her anti-feminism stand.

1) “When marriages are broken by false allegations of domestic violence, U.S. taxpayers fork up an estimated $20 billion a year to support the resulting single-parent, welfare-dependent families.”

2) “Non-criminal sexual harassment on the job is not a problem for the virtuous woman except in the rarest of cases.”

3) “By getting married, the woman has consented to sex, and I don’t think you can call it rape.”

5)“The atomic bomb is a marvelous gift that was given to our country by a wise God.”

6) “Sex education classes are like in-home sales parties for abortions.”

Here are some facts about this woman who has fought many a battles in her lifetime:

Schlafly founded Eagle Forum, a conservative body after the defeat of ERA in 1972. The forum describes itself as ‘Leading the pro-family movement since 1972’. She and the forum supported Donald Trump in the presidential election campaigns.

Son Comes Out of the Closet

Schlafly’s son, John, came out as gay in 1992. Schlafly acknowledged her son’s sexual orientation and said it’s not a and indignation for the conservatives. John said he’s supporting the gay community while standing by the Republican views and his mother’s.

In 1964, Schlafly released a book A Choice, Not an Echo which sold over 3 million copies. She has written 24 books on subjects like child-care and phonics education. She also wrote a weekly column in a newspaper.