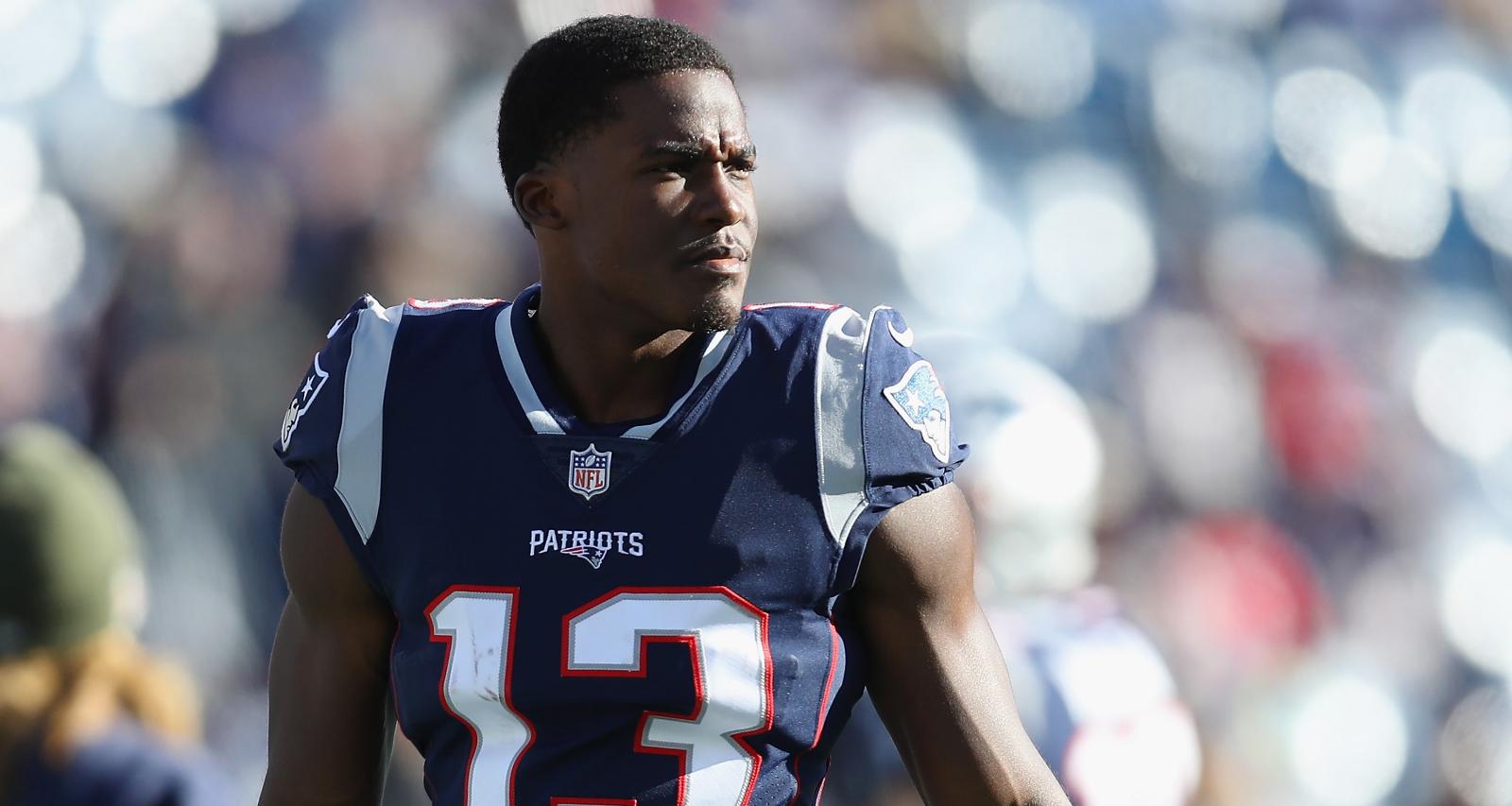 Phillip Dorsett #13 of the New England Patriots looks on before the game against the Buffalo Bills (Photo: Maddie Meyer/Getty Images)

Even before he made his NFL debut with the Indianapolis Colts, Phillip Dorsett had everyone curious about his family. Given his awe-worthy football skills, the New England Patriots’ wide receiver had many wondering if he’d inherited his game from a certain NFL legend. Is Phillip Dorsett related to Tony Dorsett? Phillip says he isn’t, and instead credits his NFL success to his family. Here’s how Phillip Dorsett’s parents have contributed to his success.

His Father Is a Track and Field Coach

Twenty-five-year-old Phillip Dorsett is lauded as being among the fastest wide receivers in the world. That probably has to do with his father and his background in track and field.

Dorsett Sr., from Carver Ranches, Florida, is a track and field coach at St. Thomas Aquinas. Besides being the football star of his high school, the younger Dorsett was also a standout track and field athlete under his father’s coaching. Phillip Jr. said in the Players Tribune that he ran track to become better at football.

Happy Birthday to the man that molded me into the person I am today, with out this man I don't know where I would be today,.. The big 5⃣0⃣.. Love you pops

Fifty-four-year-old Dorsett Sr. comes from a large family with 10 siblings. That meant his son had several cousins he could compete with. As Phillip Jr. recalled, “We always used to race and see who was the fastest in our family. I always got beat. But then I got older and became one of the fastest.”

Before he was a coach, Dorsett Sr. worked as a DJ in his youth. It’s thanks to his father’s former profession that Phillip Jr.’s music tastes are old school.

He Dedicated His First Touchdown to His Father

Many have been mistakenly attributing Phillip Dorsett Jr.’s standout skills to his supposed father, Tony Dorsett. But Phillip and Tony aren’t related to each other. Nonetheless, his real father did contribute to his success.

Dorsett Sr. introduced his son to football when he was six and coached him initially. Phillip Jr. would go on to play at the University of Miami before being selected by the Indianapolis Colts in the 2015 Draft.

That same year, as a rookie wide receiver for the Colts, Phillip Jr. made his first touchdown pass in the NFL, which he dedicated to his father. Dorsett Sr. also celebrated his first NFL touchdown on Instagram.

Phillip Jr. has also called his father for advice throughout his playing career. After every game, they discuss how he’s improved, or can improve.

His Mother Was Part of the Local Youth Football Circuit

Vertez Dorsett was also a hands-on parent when it came to Phillip Jr.’s football career. As a child, Phillip played for the local Washington Park Buccaneers in the South Florida Youth League. The team, with its home field in Washington Park on Pembroke Road, had Phillip’s mother on the board of directors.

In the open letter he penned for the Players Tribune, Phillip said his college major, sociology, is what makes him a better teammate. He juggled three classes with football training to get his sociology degree, on his mother’s insistence.

Vertez and Phillip Dorsett Sr. have been regulars at their son’s games for years. While they were originally hoping he would get drafted by the Miami Dolphins, they’re ecstatic about his NFL career irrespective of his team. They are now proud Patriots parents.

Vertez and Phillip Dorsett Sr. Have a Daughter

Phillip’s older sister, Briana Dorsett-Moore, is a bodybuilder who won multiple NPC titles before her hiatus in 2018. These days, she’s a fitness nutrition specialist and a certified trainer.

Briana married in July 2018, which may have coincided with her hiatus from bodybuilding competitions. However, she continues to share her fitness routine on her YouTube channel and with modelesque photos on Instagram.