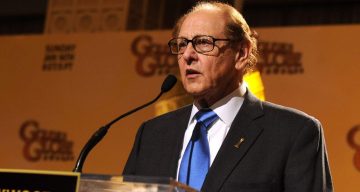 Brendan Fraser is the latest star to speak out against sexual harassment by Hollywood’s most powerful men. Brendan Fraser’s sexual assault by Philip Berk has shocked fans who were wondering where The Mummy actor disappeared to. Who is Philip Berk? Keep reading to find out more about Brendan Fraser’s alleged abuser.

Brendan Fraser was at the peak of his career when he was sexually abused by Philip Berk, a former president of the Hollywood Foreign Press Association (HFPA), as revealed in an interview published by GQ on Thursday.

The incident took place almost 15 years ago, but Fraser believes he was blacklisted from the industry for speaking about it with the HFPA.

What happened between Brendan Fraser and Philip Berk? We have all the details for you right here in Philip Berk’s wiki.

Since the HFPA is a non-profit organization that votes for the Golden Globes and hosts the annual ceremony, Berk holds a dominant position in Hollywood.

Born in South Africa, Philip Berk has lived in Los Angeles, California for most of his life. He was a teacher for some time in the L.A. Unified School District but later became a journalist for publications in Malaysia and South Africa.

He has been a part of the HFPA for 28 years, and became president of the association in May 2005. He went on to hold seven one-year terms as president.

Philip Berk is a former HFPA president, but still serves as a member of the association.

He was in the middle of a controversy in 2014 after publishing his book, With Signs and Wonders: My Journey from Darkest Africa to the Bright Lights of Hollywood in February that year.

It was reported that members of the HFPA were not very pleased with what Berk wrote about them. This forced him to take a six-month leave of absence.

Berk apologized to the association’s members via a statement which was read by the then-HFPA president, Theo Kingma.

There were strong calls for Berk to be removed from the association completely, but a voluntary leave of absence was agreed upon by Kingma.

In an interview with GQ, Brendan Fraser described Berk’s alleged sexual assault at an HFPA luncheon at the Beverly Hills Hotel in 2003.

Fraser said Berk came forward to shake his hand, but groped him instead.

“His left hand reaches around, grabs my ass cheek, and one of his fingers touches me in the taint. And he starts moving it around,” Fraser said.

The actor went on to say that the incident made him feel sick, “I felt ill. I felt like a little kid. I felt like there was a ball in my throat. I thought I was going to cry.”

He said that he shared the incident with his then-wife, Afton Smith, and even asked the HFPA for a written apology.

Berk reportedly sent an apology letter to Fraser, but did not admit to doing anything wrong. His statement read, “If I’ve done anything that upset Mr. Fraser, it was not intended, and I apologize.”

After the 2003 incident, Fraser believes he was sidelined from the HFPA which led to a decline in his career.

He also mentioned that he remained silent all these years for fear of his career ending, and that the #MeToo movement inspired him to speak out about Philip Berk as his abuser.

Berk mentioned the incident in his 2014 memoir, but downplayed the seriousness of it, saying he pinched Fraser’s backside “in jest.”