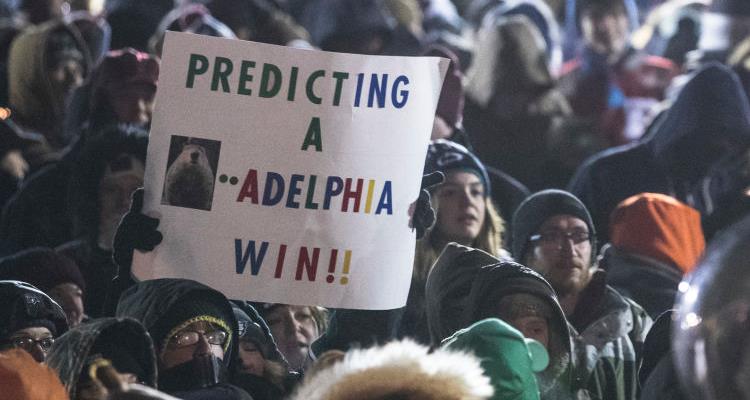 The city of Philadelphia’s support could be behind the Eagles winning Super Bowl LII. The rest of America seems divided on the decision of who to cheer for. On one side of things, Americans outside of Philadelphia want to cheer for the Eagles since the opponent is the New England Patriots, a much-hated team in the NFL. On the flip side there seems to be support for the Patriots because there is dislike for the fan base of the Eagles. (It sounds like the last election!) Well, no matter who you support, we’ve got some of the best Super Bowl 2018 memes around. From now until the big game, be prepared to see all kinds of Patriots and Eagles memes for 2018. We’ve got Philadelphia Eagles memes, Eagles vs. Patriots memes, and many Eagles Losing memes all in one place. So, sit back and let the football funnies commence!

The Philadelphia Eagles have never outperformed their opponent when playing in the Super Bowl. Their current record is 0-for-2. This Philadelphia Eagles meme is in reference to that the mailing service does not work on Sunday; apparently, the same goes for the Eagles on Super Bowl Sunday.

This Philadelphia Eagles meme is the reaction from fans when news broke that Rob Gronkowski was cleared to play in the Super Bowl after passing concussion protocol. Pretty accurate! These guys can’t catch a break!

The most savage auto repair shop in Philly is at it again pic.twitter.com/4EG8EPfs8e

Pike Creek Automotive, a Philadelphia auto repair shop, has found a clever way to promote its business and put down the New England Patriots at the same time. The Eagles fan is attacking the Patriots for their many controversies from the past such as “Spygate,” “Defaltegate,” and the referees cheering with the Patriots after a touchdown was scored.

Ruthless! There seems to be no confidence in Nick Foles the back up quarter-back for the Philadelphia Eagles. This is even after Foles continued winning games after the season ending injury to starting quarter-back, Carson Wentz. Foles even dominated in playoffs games against the Minnesota Vikings and the Atlanta Falcons, to lead the Eagles to the Super Bowl. Eli manning is in the photo, since he is the only quarter-back to defeat Brady and the Patriots, to win the Lombardi Trophy. Manning beat the Patriots twice, once in Super Bowl XLII and more recently in Super Bowl XLVI, and was named MVP in both victories.

This Super Bowl 2018 meme is going after the Philadelphia job market! Now, if the Eagles pull off the upset victory they will walk into work, as if they own the world. However, Philadelphia has a tough job market; this meme is hinting that the majority of the Eagles fans are out of work. Rude!

The Super Bowl is set! pic.twitter.com/vtwxhbbct0

The New England Patriots are one of the most hated teams in the NFL. Therefore, as a default, it seems that fans around America will automatically cheer for the Philadelphia Eagles. However, the one thing that will turn neutral fans away from the Eagles is the fan base themselves. The Eagles have one of the most passionate fans in the league, but their celebrations seem to be over the top, making a lot of noise and partying after a big win. Fans may side with the Patriots just to make sure things remain calm after the game.

Then again, come Sunday, anything could happen!