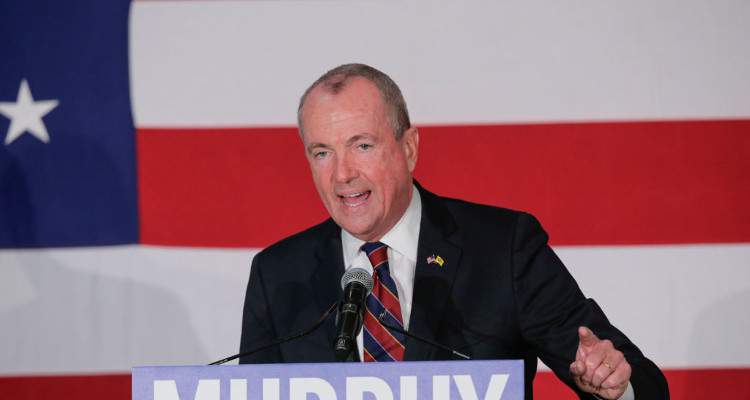 The vote for New Jersey’s governor ended on Tuesday with a Democratic win. Phil Murphy, New Jersey’s 56th governor, ran a strong campaign and voters will now look to him to keep the promises he made.

New Jersey has a new governor and his name is Phil Murphy. In the state’s election on November 7, 2017, residents voted for the former Goldman Sachs executive to take office. Who is Phil Murphy, and how did he rise to become the Garden State’s new governor? Keep reading to know more about the newly elected governor in our Phil Murphy wiki.

Born on August 16, 1957, in Needham, Massachusetts, Phil Murphy’s age is 60. He did not come from an affluent family as his parents worked low-paying jobs to make ends meet. His mother made sure Murphy and his older siblings earned college degrees, with him taking student loans and working part-time jobs to pay tuition. He enjoyed musical theatre in college and wanted to pursue it further, but decided against it because of the career’s financial instability. Instead, he worked hard to earn degrees in economics and business administration. Murphy graduated from Harvard University in 1979, and Wharton School at the University of Pennsylvania in 1983.

He met his wife, Tammy Snyder Murphy, in 1987 and they got married in 1994. The couple has four children together. Phil Murphy’s wife is chair and co-founder of New Start New Jersey, a public policy platform that helps New Jersey citizens with access to education, healthcare, and a better quality of life. Many of Murphy’s promised policies have a foundation in this organization.

On behalf of my family and campaign team, thank you for all you’ve done for this campaign. —PM pic.twitter.com/3Z9Qpb1qjN

From Goldman Sachs to Ambassador to Germany

Phil Murphy began his career as a summer intern at Goldman Sachs in 1982. He was hired on by the firm after he graduated in 1983. While there, he took on various top positions, some of which included leading offices in Frankfurt and Hong Kong. He went on to become a senior director in 2003. After spending 23 years at Goldman Sachs, he retired in 2006.

His involvement with the Democrats began afterward. He served as national finance chair of the Democratic National Party and on boards of many civic organizations before being becoming United States Ambassador to Germany in 2009, a position he held until August 26, 2013.

Murphy earned millions in his time at Goldman Sachs and from investments after he retired. A quick look at Phil Murphy’s net worth shows that the new governor made just below $7.3 million in 2015.

Winning the Race for Governor

After a strong campaign and riding on a wave of public dislike for former governor Chris Christie, Phil Murphy went into the election as a frontrunner. He went on to beat Republican candidate Kim Guadagno, New Jersey’s lieutenant governor.

His victory has been attributed to the large turnout of citizens in urban cities and northern parts of the state. Phil Murphy’s policies are progressive and were often spoken about during his campaign. With plans to increase the minimum wage to $15.00/hour, legalize marijuana, and stand up to federal policies on the cards, his constituents hope he will follow through.

The people of New Jersey have high hopes to see their state transform. As Governor Murphy takes office, it remains to be seen if he lives up to his promises.