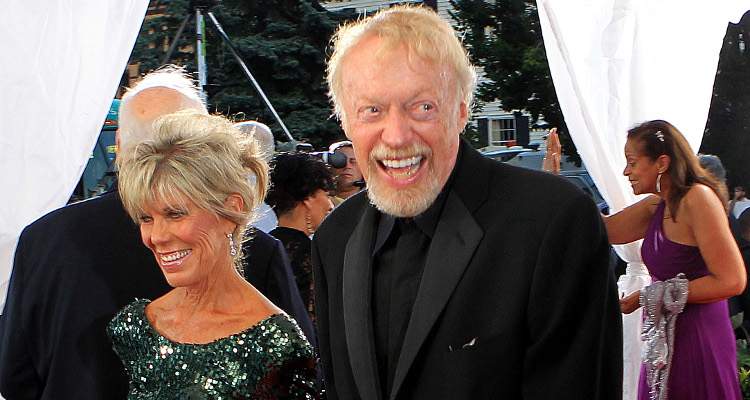 The man behind Nike, Phil Knight, is now the 30th richest person in the world! Phil Knight’s net worth is estimated at a jaw-dropping $27.3 billion, and though he retired, he is definitely reaping the benefits.

Phil Knight’s PK80 tournament, which was in honor of his 80th birthday, had 16 college basketball teams face off in a special Thanksgiving Invitational. Many were surprised that the Kentucky Wild Cats were not there, to which coach John Calipari said it was because the team was not asked to come. “The only reason I would’ve played in that event was if Phil Knight told me, ‘You have to play in this event.’ And he did not say that,” said Calipari. If you are wondering about the man behind Nike, then you are in the right place. Here’s a Phil Knight wiki you don’t want to miss!

A Spark That Lit the Way to Success

Philip Hampson Knight was born on February 24, 1938, in Portland, Oregon, making his age 79. The Oregon Journal was the newspaper his father, Bill Knight published while Phil attended Cleveland High School.

Knight was a runner in school, with his personal best being one mile in 4.10 minutes. He went to the University of Oregon, where he joined the Phi Gamma Delta fraternity, and graduated with a journalism degree in 1959. While there, his track performances earned him varsity letters in his final three years. He was also a sports reporter for the Oregon Daily Emerald.

Right after college, Knight enlisted in the Army and served one year of active duty, and seven years in the Reserve. But he decided to go back to school and enrolled at Stanford Graduate School of Business to pursue a Masters degree in business administration. While in class, his professor’s words connected with him, and he knew what he wanted to do in life; he wanted to be an entrepreneur. And he was already a runner. Add them together, and you get the one of the world’s most successful sporting brands of all time: Nike!

Giving the World a Shoe Fetish

Though everyone’s heard of Nike, not many know how the brand started. The billion-dollar conglomerate was just an idea by co-founders Phil Knight and Bill Bowerman, Knight’s track coach at the University of Oregon.

After graduating from Stanford, Knight decided to travel the world. While in Japan, he came across Tiger-brand shoes; running shoes with a low-cost production line, that were manufactured by Onitsuka Co. He was thoroughly impressed with the brand and decided to meet up with its founder, Kihachiro Onitsuka. By the end of that meeting, Knight landed a distribution deal, that allowed him to begin selling the shoes in U.S.

It took a year for the samples to reach Knight back in the States, but once they did, he was quick to send a set to Bowerman. To his surprise, his former coach didn’t just order a pair for himself, he wanted a part in the company, too. He offered product design ideas and in 1964, Blue Ribbon Sports was born. Their first sale came from Plymouth Valiant, who allowed the shoes to be sold at track meets.

From there, Knight was able to put all of his efforts into his shoe company, and even hired his first employee, Jeff Johnson, who suggested they name the company after the Greek winged goddess of victory. In 1978, the company was officially called Nike, and the highly recognizable logo was made by a graphic design student named Carolyn Davidson. The logo was commissioned for $35, but when the company went public, Knight gave Davidson 500 shares of the company, as well as a diamond ring with the logo engraved on it.

Within no time, Nike was a household name with men, women, and children wanting their shoes for the comfort, price, and, of course, fashion.

In the late ’90s, Knight invested in Will Vinton Studios, taking about a 15% stake in the company. By 2003, he bought the animation studio and appointed his son, Travis, to the board. Vinton soon stepped down, and the company was then renamed Laika.

In 2004, Matthew died from a heart attack while scuba diving in El Salvador. His father and brother went there to bring his body back to the U.S.

In his book, Shoe Dog, Knight wrote, “Of course, above all, I regret not spending more time with my sons. Maybe, If I had, I could’ve solved the encrypted code of Matthew Knight.”

Knight’s net worth is currently estimated at $27.3 billion, and it’s not going down anytime soon. Though he resigned from his CEO post a few months after Matthew’s death, he is still the largest shareholder in the company, and still an important decision maker. The family’s last known home was a $4.24 million estate in La Quinta, California. The Spanish style 5,400 sq. ft home is surrounded by the Santa Rosa Mountains, has five bedrooms, five bathrooms, and a master suite to die for.