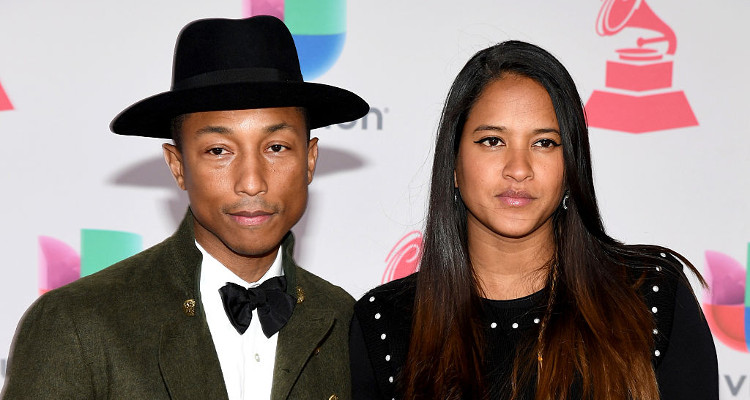 Pharrell Williams just dropped the latest song to go with the upcoming movie, Despicable Me 3. The first time he composed a song for the franchise, it was dedicated to his eldest child and co-written with his wife. Is his latest song “Yellow Light” dedicated to the newest additions to the brood? Williams hasn’t commented on that, but he could at least enjoy some family time at the movies. While the fashionable artist has a great professional life, it’s nothing compared to his home life. Who is Helen Lasichanh? Pharrell Williams’ wife is also a trendsetting figure, much like her husband. We still can’t get over her pillowy Met Gala look! Here’s more about her in our Helen Lasichanh wiki.

He Had to Work to Win Her Over!

The first time the huge-hatted singer saw Helen Lasichanh, he was drawn to her. But as he said in an interview with Oprah Winfrey, the feeling wasn’t mutual at first. “She just stood out. I was like, ‘Who and what is that?'” he told Oprah. “I knew at some point something was going to happen. I was just so enamored by the moment I was having with her. I just wanted to read that book. I didn’t care what was in it.”

Though he felt so strongly for her, she was dating another man at that time, and wasn’t interested in Williams. After she had broken up with her then-boyfriend, Williams saw his chance. They were friends for two years before they started dating. He told Oprah that they bonded over their mutual love for music and A Tribe Called Quest.

They Had a Star-Studded Wedding

After two of years of friendship and five years of dating, the couple got engaged in 2012. They married in October 2013 aboard a yacht. Since it’s Pharrell Williams we’re talking about, the guest list was obviously packed with star power!

And Then There Were Four

Lasichanh and Williams welcomed their first child, Rocket Williams, in 2008. Williams composed the song, “Rocket’s Theme” from Despicable Me for his son. He said it’s the single best song he’s ever co-written with his “bestie,” Lasichanh.

In September, the couple announced that they were expecting their second child! Except, it turned out it wasn’t just a “child” but “children.” Lasichanh gave birth to triplets this January and the couple couldn’t be happier! Perhaps the triplets might get their own songs from their father!

Pharrell Williams is considered the best-dressed man for a reason and his wife is nothing short of a fashionista herself. Being a model and designer, she’s got some great taste in couture! The fashion-forward couple even ditched the traditional wedding garb for some fabulous plaid outfits.

Helen Lasichanh has taken some fashion risks in the past, but always seems to pull them off on the red carpet! Her first public appearance since giving birth to triplets was at the Met Gala this past May. She pulled off a Teletubby-esque red jumpsuit, which was both bold and meme-worthy. One of her past risqué outfits also resulted in a wardrobe malfunction, but she carried it off like a boss!