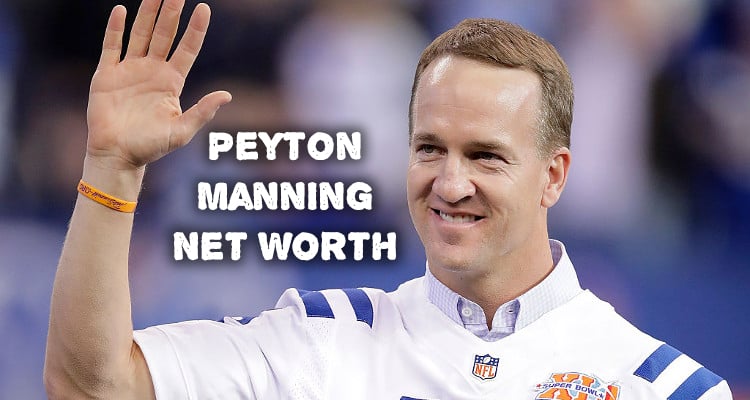 Peyton Manning is our favorite quarterback and although he retired last March, he’s still one of the best players to grace the National Football League (NFL). He played for the Indianapolis Colts for 14 seasons between 1998 and 2011 and then for the Denver Broncos from 2012 to 2015. Peyton Manning has many career achievements. He’s the first and only quarterback to get 200 career wins and five NFL MVP awards. In 2009, he was named the best player in the NFL and NFL player of the decade for the 2000s by Fox Sports and Sports Illustrated. We could go on and on about all of Manning’s achievements and accomplishments but we’re here to talk money. How old is Peyton Manning? How rich is Peyton Manning? If you’ve been asking yourself these questions, then look no further.

We’re here to tell you all about Peyton Manning net worth of 185.0 million.

Breakdown of the Peyton Manning Net Worth

Manning was born in 1976 in New Orleans, Louisiana, with football already in his blood. His father was former NFL quarterback Archie Manning and his brother is two-time Super Bowl champion Eli Manning. In fact, Manning and his father co-authored a book entitled “Manning: A Father, His Sons, and a Football Legacy,” which was released in 2000.

After attending Isidore Newman School in New Orleans, he was one of the most sought-after high school players in the country and got recruited by University of Tennessee. Manning became Tennessee’s all-time leading passer, and by the time he completed his three-year Bachelor of Arts degree, he was projected to be the top overall pick in the NFL Draft. He was selected by the Indianapolis Colts in the 1998 NFL draft.

Net Worth, Endorsements, and Investments

Peyton Manning’s net worth is roughly $185.0 million, which includes his hefty $228.0 million salary from when he signed with the Colts in 1998. He also has earned approximately $157.0 million for endorsement deals and $35.0 million in investment income.

In addition to his football career achievements, Manning has also made a ton of money through endorsement deals. In just 2015, he earned an estimated $12.0 million in endorsements. Over the years, Manning has signed deals with many companies, including Gatorade, Reebok, Nike, Papa John’s, Spring, ESPN, and Master Card. Manning is also a savvy investor: In 2012 he struck a deal with Papa John’s and owned 21 pizza restaurants in Denver. He earned roughly 10% annual returns since 1998, making him about $35.0 million in investment income after taxes.

The Peyton Manning stats are pretty incredible. Manning started as a rookie for the Indianapolis Colts in 1998 and played 13 seasons before signing a contract with the Denver Broncos in 2012.

Manning has been named one of the greatest passing quarterbacks of all time, with a career-winning percentage of .702 in the regular season.

In his rookie season with the Colts, he passed for 3,739 yards with 26 touchdowns and was named NFL All-Rookie First Team. In the Pro Bowl, Manning completed five of eleven passes for 100 yards and a touchdown.

In the 2003 season, Manning was named the AFC Offensive Player of the Month for September and he received the ESPY Award for Best NFL Player. He led the league with 4,267 passing yards and 29 touchdowns. In the Pro Bowl he passed for 342 yards and three touchdowns and the team unfortunately had a 55-52 loss.

In the 2004 season, Manning threw for 4,557 yards and scored the then-record 121.1 passer rating and then-record 49 touchdown passes while throwing only 10 interceptions. His 2004 season was voted the second greatest passing season of all time by ESPN in 2013.

In the 2010 season opening loss to Houston, Manning set career highs in pass attempts, at 57, and completions, at 40. He also had three touchdowns and 433 yards, which was the fourth highest opening-weekend total ever. In his 18 season career, Manning played 266 games, won 186 of them, and has an overall career rating of 96.5.

Manning married Ashley Thompson in 2001 on St. Patrick’s Day. Ashley was introduced to the football star after she graduated from the University of Virginia. Before Manning’s freshman year in college, Ashley’s parents’ next-door neighbor introduced them. They have two children together: son Marshall Williams Manning and daughter Mosley Thompson Manning.

Now that Manning is retired, he has some more time to focus on other things—like beer. The Peyton Manning beer—aptly named Oatmaha—is a collaboration between Denver’s Factotum Brewhouse and Indianapolis’ Tow Yard Brewing Co. It was just released last week and limited-edition cans were available for $15.00 per six-pack. To represent the Colts and Broncos, Oatmaha has oats that represent the two teams’ horse-themed mascots. To symbolize Indiana, the brewers incorporated corn. It’s a “light and easy-drinking pale ale,” according to a news release.