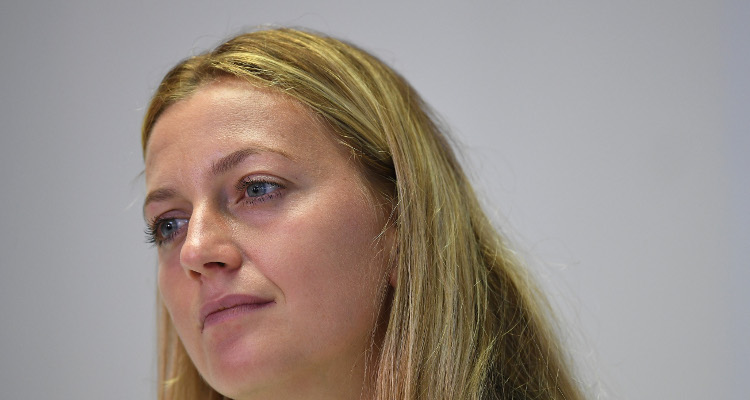 Petra Kvitova is working hard to make her comeback after a brutal knife attack injured the nerves in her left hand. While doctors were unsure how she would recover from her injury, Kvitova pushed herself to exercise and regain her fitness. Now, she is back and challenging the world’s top players once again. With an impressive net worth of $24.0 million and a fire in her heart, Kvitova is out to prove that her story will have a happy ending.

Making a comeback after suffering a gruesome injury is rarely heard of in tennis, but Petra Kvitova has pulled it off. On December 20, 2016, an unidentified attacker slashed Petra Kvitova’s hand while robbing her apartment in Prostejov, Czech Republic. She suffered multiple cuts to the tendons and nerves of her left hand and fingers as she tried to defend herself, resulting in surgery and doctors telling her to stay on the sidelines for at least six months. So, what happened to Petra Kvitova? She refused to mope around and instead, got back into the sport she loved so much. She started exercising her fingers and ultimately recovered well before those six months. Now, she is back on the circuit determined to make up for the time she lost. Here are a few details from Petra Kvitova’s wiki.

A Passion for Tennis

Born on March 8, 1990, in Belovec (now in the Czech Republic) to Jiri Kvita and Pavla Kvitova, Petra Kvitova’s age is 27. She was drawn to tennis from a young age and grew up idolizing Czech-American tennis player, Martina Navratilova. With her height of 6’0″, she was ideal for the sport. As a junior, Kvitova proved to be more than a match against her higher ranked opponents. When she turned pro, she showed her talent by beating several formidable players like Nadia Petrova, Kim Clijsters, Vera Zvonareva, Victoria Azarenka, and Maria Sharapova. Kvitova won several major tennis tournaments in her career, including the coveted Wimbledon in 2011 and 2014.

Also Read: Venus Williams Net Worth: How Rich is the Super Woman of Tennis

Kvitova has a very difficult task after recovering from her injuries. She still has to work hard to prove to both herself and her opponents that she is still the gifted and menacing player she was before. If her few recent performances are any indication, she is on her way to being that feared player again. According to sources, Petra Kvitova’s net worth is an impressive $24.0 million and counting. Now that she is back on the circuit, Kvitova will be hungry to add to that amount. After all, living in Monte Carlo, Monaco, doesn’t come cheap! Is Petra Kvitova married? According to sources, she is not currently married. However, she dated Czech hockey player Radek Meidl for a while. The couple was even engaged, but they split in May 2016. There is no information on whether or not Kvitova currently has a boyfriend.

When you've been on the road for a really long time, so you decide to do something different and hit the beach! ?

2016 has been a very tricky and challenging year so we can all be happy to welcome a new year and a fresh start. Hello 2017! Please be great for us. We will try to keep smiling all year long 🙂

Petra Kvitova’s Instagram account shows us that she is a fun-loving and friendly person, who loves to hang out at the beach and with her friends. It is full of pictures of Kvitova with her family, friends, fellow tennis players, on the court, and just enjoying life.  She loves water sports and is seen taking a boat ride and swimming in a few of her pictures. Right now, Kvitova is totally focused on tennis and is working hard to regain the heights her career once reached. With her determination, strong will, and natural talent she can definitely do it. Her fans are eagerly waiting for Kvitova to win as many major tournaments as she can!