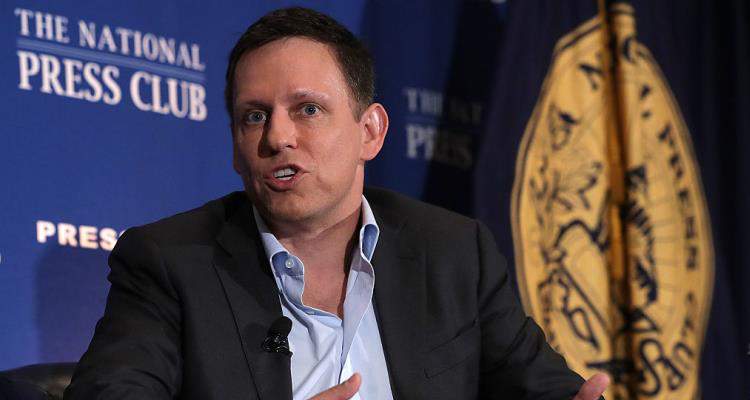 Tech Billionaire Peter Thiel announced that he’s leaving Silicon Valley and plans to move to Los Angeles. Why would one of the most powerful men in the Bay Area leave the place he’s called home? Find out everything you need to know, with Peter Thiel’s net worth of $2.5 billion.

Peter Andreas Thiel was born on October 11, 1967 in Frankfurt Germany and moved to the United States with his family as a child. He spent a portion of his childhood in South Africa and also hold a New Zealand citizenship. Out of all of Peter Thiel’s organizations founded, he’s most famous for being the co-creator of PayPal, along with Elon Musk.

How Rich Is Peter Thiel?

Thiel, 50, graduated from Stanford Law School in 1992, but after enough time in his field, he realized that being a lawyer was the worst decision he could make.

At 31, he co-created PayPal, but later sold it to eBay. By Forbes estimates, he’s worth $2.5 billion and has his hand in a number of businesses. Peter Thiel’s books, The Diversity Myth and Zero to One, have both seen great success. The venture capitalist was also an early investor for Facebook and sits on the board. (Needless to say, that early investment was a god one!)

In October 2017, Thiel married his longtime boyfriend, Matt Danzeisen, in Vienna, Austria. Not much is known about Danzeisen, other than that he works as a portfolio manager at Thiel Capital.

Peter Thiel’s house is currently in San Francisco, but the billionaire is about to call another place home; LA! Why is the prominent Bay Area resident leaving for the City of Angels? According to reports, the known conservative is “dissatisfied with what he sees as the left-leaning politics of the San Francisco Bay Area.”

Thiel, once a proud libertarian, is described more as a Republican and has been considered a controversial figure at one point or another. One controversy that still echoes for the tech luminary is his endorsement of President Trump, in the amount of $1.25 million. Thiel supports many conservative causes but also still supports gay rights, which one might consider an oxymoron.

“The election had an apocalyptic feel to it,” Thiel told The New York Times. “There was a way in which Trump was funny, so you could be apocalyptic and funny at the same time. It’s a strange combination, but it’s somehow very powerful psychologically.” 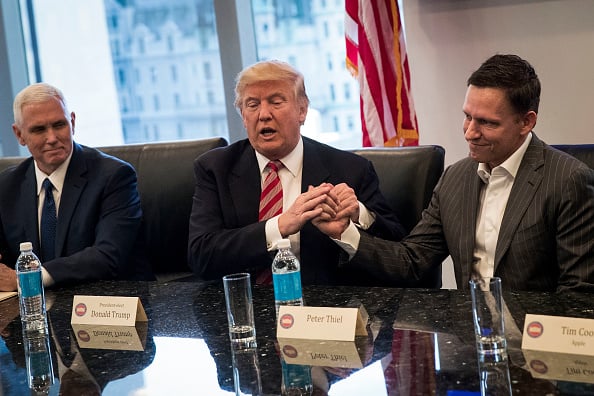 Thiel spoke at the 2016 Republican National Convention and even set up a meeting of tech executives at Trump Tower at the time. When asked if he had to “twist arms” to get anti-Trump giants like Elon Musk and Jeff Bezos on board, Thiel said, “Normally, if you’re a C.E.O. of a big company, you tend to be somewhat apolitical or politically pretty bland. But this year, it was this competition for who could be more anti-Trump. ‘If Trump wins, I will eat my sock.’ ‘I will eat my shoe.’ ‘I will eat my shoe, and then I will walk barefoot to Mexico to emigrate and leave the country.’”

He continued, “Somehow, I think Silicon Valley got even more spun up than Manhattan. There were hedge fund people I spoke to about a week after the election. They hadn’t supported Trump. But all of a sudden, they sort of changed their minds. The stock market went up, and they were like, ‘Yes, actually, I don’t understand why I was against him all year long.’”

Despite his move, The Thiel Foundation will still offer fellowships to students who drop out or skip college to pursue their plans in business, with $100,000 grants.