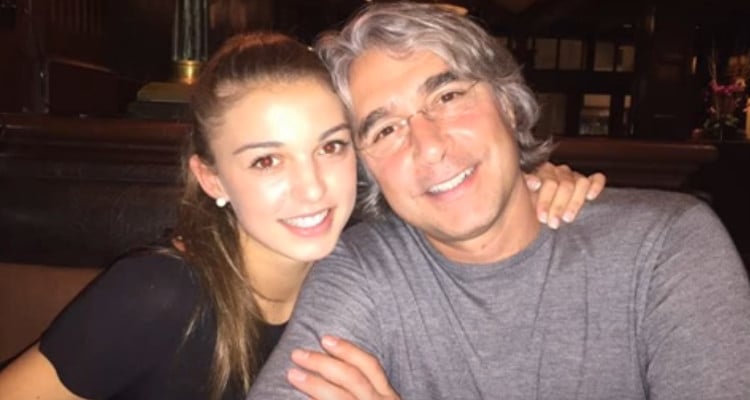 Peter Palandjian is a former professional tennis player from Boston, Massachusetts where he was raised. Born February 12, 1964, his father is an immigrant from Armenia. He attended Phillips Academy Andover in Boston and graduated from Harvard University.

During his days in Harvard, Palandjian had an illustrious varsity career. He captained Harvard’s tennis team twice and played in the NCAA championships. He participated both in singles and doubles as the team’s number one player. He went on to defeat Pat McEnroe at the NCAA Championships in 1986. Peter Palandjian graduated with a Bachelor of Arts in English and American literature in 1987.

Following his graduation, he went on to pursue his post-graduation in business from Harvard Business School. He now lives in Cambridge, Massachusetts and has four children from his previous marriage. He is now engaged to 36-year-old Eliza Dushku.

After college, Palandjian competed professionally and won six ATP Tour Challenger titles, all in doubles. He also took part at various Grand Prix tournaments, both in singles and doubles.

Palandjian has also shared the court with future world number one Jim Courier, as his partner. The year 1988 was huge for Palandjian’s tennis career. That was when he was featured in the men’s doubles at three Grand Slam events, the French Open, Wimbledon Championships, and the U.S. Open. He also played men’s doubles at the 1989 French Open and mixed doubles at the 1989 Wimbledon Championship. He teamed up with his brother, Paul, to play in a Grand Prix tournament at Boston in 1989.

Peter Palandjian retired from tennis in 1989, ranking No. 175 in the global list!

After biding adieu to tennis, Peter Palandjian worked for two years with Bain & Company, as an associate. He then became an assistant to the CEO of Staples while studying for his MBA at Harvard Business School.

Peter Palandjian is also an active member several of corporate and not-for-profit boards. He has co-chaired the Board of Overseers of the Boston Symphony Orchestra. Palandjian is also a member of the Board of Overseers for the Boys & Girls Clubs of Boston; the Dana Farber Cancer Institute; the International Tennis Hall of Fame; American Friends of the Yitzhak Rabin Center; the New England Chapter of the National Association of Industrial; and Office Properties (NAIOP); O’Neill and Associates; Leader Bank; Town of Belmont (MA) Board of Retirement; and the Taubman Center at Harvard’s Kennedy School of Government.

To top it off, Palandjian volunteers as the undergraduate admissions interviewer panel for Harvard University.