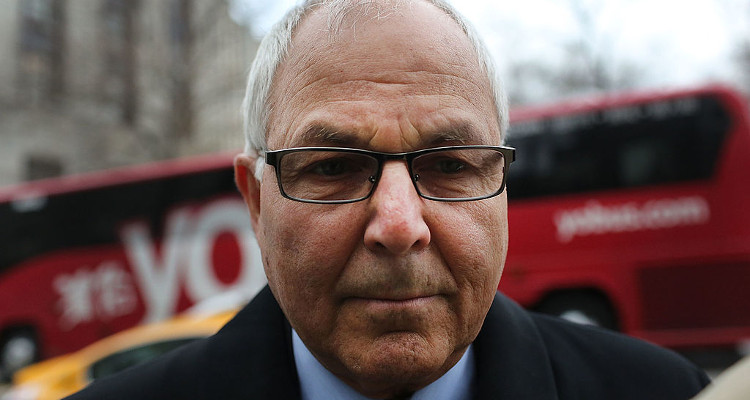 Peter Madoff’s hands were just as dirty as his brother Bernard’s were in their Ponzi scheme. Madoff had to forfeit all of his assets to the government, settle his lawsuits, and accept a 10-year prison sentence for his role in what is known as the Madoff investment scandal.

Even though Bernard Madoff has claimed that he alone was responsible for the large-scale operation of the infamous Madoff investment scandal, investigators are looking for other participants. The Madoff scandal involved the squandering of millions of investor’s money, a crime investigators believe could not be committed by just one man. One person who was also involved in running the business was Bernie Madoff’s brother, Peter B. Madoff, who worked with him for more than 40 years and ran daily operations for 20 years. We have more details about him in our Peter Madoff wiki.

Peter Madoff graduated from the Fordham University School of Law in 1970 and was the director of the National Stock Exchange. When news of the Ponzi scheme broke, Madoff stepped down from the Board of Directors of the Securities Industry and Financial Markets Association (SIFMA) in December 2008. Madoff also co-signed his brother’s bail bond. However, he refused to take part in the investigations, according to the court documents. Madoff also owns between 5% to 10% of Cohmad Securities Corp and is one of its directors.

Also Read: Will Hayden Wiki: Why is the Former “Sons of Guns” Star Spending Life in Prison?

On April 3, 2009, Madoff was allowed to spend up to $10,000 per month for living expenses, mortgage loans, and insurance premiums. He served as a trustee for law student Andrew Samuel’s $470,000 inheritance from his grandfather who had worked for Madoff and created a trust for Samuel. The student filed a lawsuit claiming $2.0 million for breach of fiduciary duty by investing with Bernard Madoff. The lawsuit was settled in late July 2009. Then, on April 13, 2009, a temporary order imposed on March 30 freezing Madoff’s assets was dissolved.

On April 30, 2009, Madoff wanted a $500,000 licensing fee as part of the sale of Bernard L. Madoff Investment Securities LLC (BLMIS) for intellectual property. However, it was rejected by the bankruptcy trustee. Members of the Madoff family own holding companies with patents used for electronic trading. The family foundation of Senator Frank Lautenberg, which had invested more than $7.0 million, also filed a lawsuit against Peter Madoff. In light of all these charges, Madoff agreed to a 10-year prison term and pleaded guilty to a variety of charges. He admitted to hiding millions of dollars from the IRS to avoid paying taxes, and taking $200,000 from the firm for charitable donations, even after they had been exposed for fraud.

Also Read: Amin Elhassan Wiki: Everything to Know about the ESPN Analyst

A forfeiture order required Madoff to surrender all his assets to the government, which included cash, his homes, his cars, and a Rolex watch. A settlement was reached with Peter Madoff’s daughter Shana Madoff Swanson, his wife Marion, and other family members for the forfeiture of assets they held. Peter Madoff’s net worth is not known right now, as it would have been forfeited as part of the $143.1 billion settlement. On December 20, 2012, Peter Madoff was sentenced to 10 years in prison.